Anita Hill: "In 2018, Our Senators Must Get it Right" - Ms. Magazine
Skip to content

Many parallels have been drawn between Dr. Christine Blasey Ford and Anita Hill.

Ford came forward publicly with sexual assault allegations against Supreme Court nominee Brett Kavanaugh just last week, and on Monday she will have the chance to speak her truth before the Senate Judiciary Committee that has been holding confirmation hearings for the D.C. Circuit Judge this month.

Hill knows well what that entails—because 27 years ago, she made history when she testified before the same body about the sexual harassment she faced while working for Judge Clarence Thomas.

Thomas was later confirmed to serve as a Justice, despite Hill’s courageous testimony, and her act of bravery earned her mockery and intense public scrutiny. In a New York Times op-ed out today, she reflects on how much has changed since she broke ground by speaking out—and urges the committee to do right by Ford as she prepares to do the same. 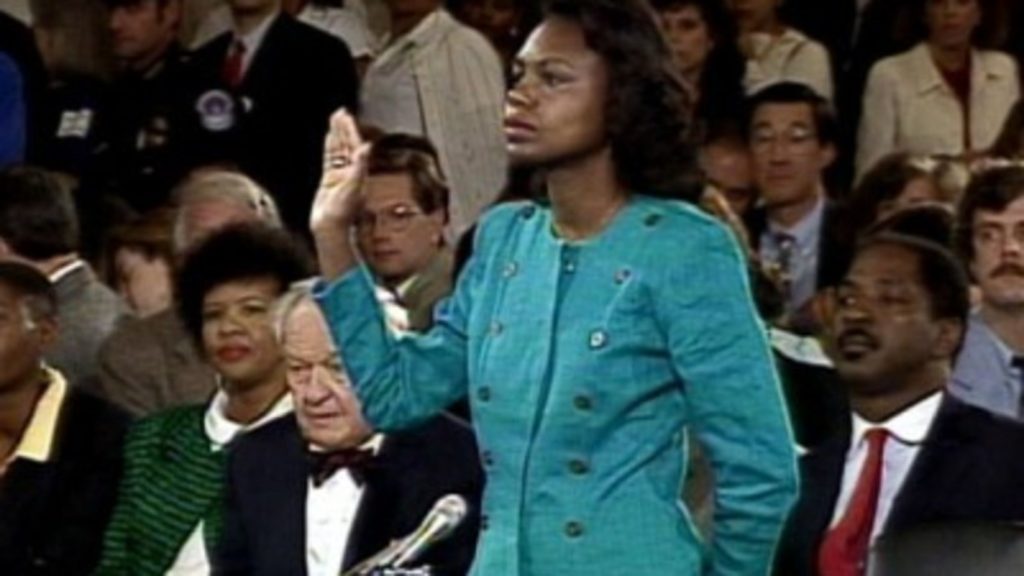 “There is no way to redo 1991,” Hill writes, “but there are ways to do better.” She goes on to lay out four basic ground rules for the committee:

Refrain from pitting the public interest in confronting sexual harassment against the need for a fair confirmation hearing. Our interest in the integrity of the Supreme Court and in eliminating sexual misconduct, especially in our public institutions, are entirely compatible. Both are aimed at making sure that our judicial system operates with legitimacy.

Select a neutral investigative body with experience in sexual misconduct cases that will investigate the incident in question and present its findings to the committee. Outcomes in such investigations are more reliable and less likely to be perceived as tainted by partisanship. Senators must then rely on the investigators’ conclusions, along with advice from experts, to frame the questions they ask Judge Kavanaugh and Dr. Blasey. Again, the senators’ fact-finding roles must guide their behavior. The investigators’ report should frame the hearing, not politics or myths about sexual assault.

Do not rush these hearings. Doing so would not only signal that sexual assault accusations are not important—hastily appraising this situation would very likely lead to facts being overlooked that are necessary for the Senate and the public to evaluate. That the committee plans to hold a hearing this coming Monday is discouraging. Simply put, a week’s preparation is not enough time for meaningful inquiry into very serious charges.

Finally, refer to Christine Blasey Ford by her name. She was once anonymous, but no longer is. Dr. Blasey is not simply “Judge Kavanaugh’s accuser.” Dr. Blasey is a human being with a life of her own. She deserves the respect of being addressed and treated as a whole person.

It’s been nearly 30 years since Hill courageously spoke out about sexual harassment in front of a hostile body of lawmakers. As Ford prepares to do the same, Hill issued a closing call to those who will bear witness to her testimony. “In 2018,” she demands, “our senators must get it right.”

Read the full op-ed in the New York Times.