To Menopause and Beyond - Ms. Magazine
Skip to content

Recently, when I launched into yet another tirade about a menopausal symptom of mine, my mother exclaimed: “Enough about menopause! I have never heard anyone talk about menopause so much in my life.” 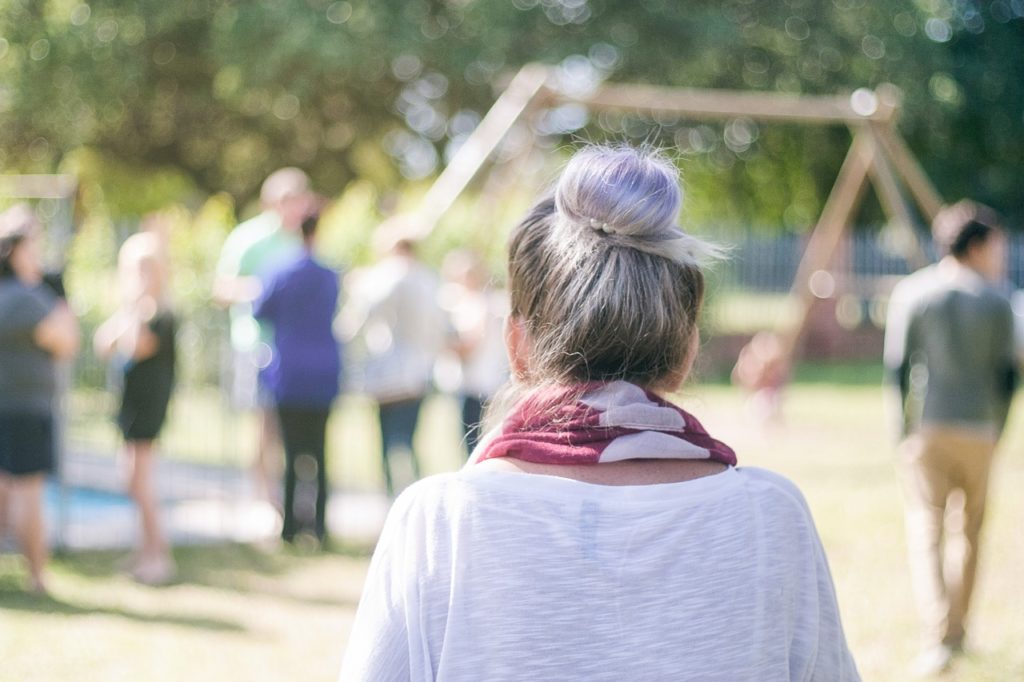 This past January, when menopause commandeered my body, I was completely in the dark. No other woman ever had told me she had gone through menopause. No family member, friend or doctor had forewarned me of the adverse, and often lasting, physiological changes a woman can experience when her period stops.

I had read nothing on the subject; it then took six months of intensive sleuthing to piece together even the basic facts. Vaginas are not exactly a beloved topic of conversation, especially when they belong to 50-something-year-old women—and women themselves aren’t eager to admit they have gone through a transition commonly associated with the onset of middle age.

But how to explain the silence of my physicians? Upon telling my general doctor that I knew my period wasn’t coming back, she guaranteed that I would get another one and proceeded with her exam. In March, when vaginal dryness and pain made sex practically impossible, I sought advice from my gynecologist. Her advice was two-fold: try an over-the-counter vaginal lubricant and “use it or lose it.”

I headed straight to my corner pharmacy and bought a lubricant—even though the pharmacist explained that, according to his menopausal customers, none of them work. I told my husband we needed to start having sex at least twice a week. He assured me that, “when asked, [he] will serve”—but neither he, nor a bottle of Astroglide, could alter the reality that I had already “lost it.”

Perhaps neither of my doctors said more to me about menopause because there is no predicting how menopause will affect a woman. Despite the loss of reproductive hormones, the most important being estrogen, many women sail through menopause, and some even feel better without monthly periods, but many do not—which became far less surprising to me upon understanding estrogen’s essential role in maintaining a woman’s sleep cycle, body temperature, weight, mood, hair, skin, vaginal and urinary health, mental acuity, bones, libido, orgasms and more.

Four months into menopause, I couldn’t have sex, was clinically depressed for the first time in over a decade, looked like a ghost, couldn’t read the newspaper print and felt significant pain in my fingers and hands when typing.

My luck improved once I described to my 79-year-old mother the sorry state of what was formerly known as my vagina. She was surprised that I hadn’t heard of vagifem, a vaginal estrogen suppository she had been using for many decades. Her surprise didn’t match my shock that she had been taking an estrogen suppository for so long and now recommended it to me. Hadn’t she heard of the “nurses’ study?”

She had not, but I certainly had. I still remembered its long-ago headlines alerting me, along with an entire generation of women, to the dangers of taking supplemental hormones—known as hormone replacement therapy or HRT—to replace those lost during menopause. This study of many thousands of menopausal nurses was cut short in 2002 after the nurses taking HRT had higher rates of breast cancer and heart disease; then came the explosive coverage. One decade later, the percentage of women taking HRT had fallen by 80 percent.

A couple of weeks after talking to my mother, I was sitting across from her gynecologist, a well-known expert in women’s reproductive cancers, to get the full story. The doctor assured me of Vagifem’s safety, explaining that only a de minimus amount of the estrogen suppository is absorbed by the body. He wanted to make sure I understood though that there was no proof of HRT’s “health benefits” for the bones, heart and brain—only to what he called “quality of life” issues, such as mood, sleep, sex and appearance.

Then came the real kicker: The authors of the 2002 nurses’ study, he explained, had misread the data on the cancer risks of supplemental estrogen. The nurses who took estrogen supplements had a higher risk of cancer only in two situations: they had an increased risk of uterine cancer if they took estrogen without progesterone; and they had an increased risk of breast cancer if a first-degree relative, such as a mother, sister or aunt, had had breast cancer.

Incredulous, I went to see a menopause specialist (one of my best Internet finds ever). She had recently published a book on all-things menopause, and also had no problem using the word “vagina” over and over again.

Shocking me anew, she corroborated the safety of Vagifem and the misinterpretation of the nurses’ study on HRT’s risks—but, contrary to the cancer specialist, she said that for healthy women under age 60 and within 10 years of menopause (i.e. me), estrogen’s benefits for the bones, heart, brain, sexual functioning and overall health far outweighed the risks.

I decided to turn over my menopausal care to the second doctor, who immediately enrolled me in “vaginal boot camp” and issued my starting instructions: two weeks of nightly Vagifem and no sex. (I obeyed. After the two weeks passed, sex was still painful, albeit less so.)

After a month, my vagina was a vagina again, although sex still caused some pain and almost no pleasure. Thanks to my tried and true antidepressant, I was no longer depressed, but the antidepressant significantly disrupted my sleep and any chance of having an orgasm. I no longer looked like death—maybe just five or seven years older.

For two months, however, the estrogen patch and progesterone pills she prescribed remained unused on my nightstand. Now that I was feeling better, I worried that supplemental estrogen was no longer “absolutely necessary” for me, the criteria urged by the many HRT articles I had read—and I worried that if HRT’s risks could be reassessed once, it could happen again.

I resumed my menopause listening tour by seeking the advice of my new general doctor. He took a somewhat unique approach—assuring me of HRT’s safety by asking, “how would it look if you died right after becoming my patient?” Inexplicably, his rhetorical question sealed the deal.

That night, I took what felt like a bigger leap than Buzz Lightyear’s: I stuck the estrogen patch on my abdomen, with a plan to begin progesterone in two months to prevent uterine cancer.

Quick note: Of course, starting HRT was my personal decision, and nothing here should be read as medical advice; the risks and benefits of HRT for individual women vary depending on multiple factors, such as history of cardiovascular disease or blood clotting, prior cancers, negative experiences with hormones, etc.

Now that I discuss menopause with anyone who will listen, I understand that my experience is neither unique nor inconsistent with menopause’s documented adverse impacts on an enormous number of women. It is hard to reconcile that impact with how many women don’t seem to discuss menopause with each other, understand its consequences before or after they occur, or learn about possible safe treatment options.

There appears to be a remarkably high degree of resignation and acceptance among us, a sense that “this is what happens naturally to older women, so we must cope.” Unfortunately, this is a message many doctors also seem to be sending to their perimenopausal and menopausal patients—if they discuss menopause at all.

One reason many women know so little about the transition is that neither their doctors nor the media are willing to talk to them about it. But why not? Is it that menopausal women aren’t a “sexy” target audience? Or is it that in our youth- and beauty-obsessed culture, no one wants to think about, let alone talk about, the health or sexuality of older women?

Certainly, the nuance and complexity of the revised HRT risks assessments—that HRT’s risks, for example, vary depending on a woman’s age, health profile, personal and family histories and time since menopause—deprive the media of the simple, bombshell headlines they had in 2002. These nuances also may lead many doctors to play “not to lose”—to discourage HRT’s use categorically, rather than identify those cases where it could be safely considered. The financial incentives also don’t work in our favor; medicalizing menopause would mean that someone has to pay for it.

In any event, menopause and HRT are only one part of this story. I wonder how much doctors know about—and, in medical school, residencies and fellowships, learn about—the broader set of women’s health issues in mid-life and beyond.

There are 65 million menopausal women in our country. The lucky ones will live another 30 years, or more. I personally have seen how much, and for how long, older women can suffer—from depression, insomnia, major sexual and urinary issues, weight gain—once they’ve renounced or refused to start HRT.

Ever since I got my first clinical depression over two decades ago, I have recognized that only by discussing our difficult, even stigmatizing, health experiences can we help ourselves and others. Only when we start advocating for ourselves will the medical, political and policy establishments understand that menopausal changes, which impair a women’s functioning and well-being, are health issues core to women’s lives—rather than minor “quality of life” concerns.

Years ago, because of its stigma, women with breast cancer often kept their diagnosis a secret. So did those with depression or another mental illness. We must stop doing the same with menopause. If New York’s subway walls are now plastered with ads for erectile dysfunction drugs, surely the time has come to discuss menopause.

My menopausal challenges pale in comparison to those facing the vast majority of women who may not be able to tell their partner about pain during sex; whose culture may stigmatize depression and its treatment; who lack access to doctors who specialize in women in mid-life and older; or who have inadequate or no health insurance and can’t pay out of pocket.

These women have as much, if not more, to gain from our upending the “menopause taboo.”

Jessica Levin most recently served as the strategy advisor to the CEO of Education Leaders of Color (EdLoC) where she tried, although not always successfully, to refrain from talking about menopause. 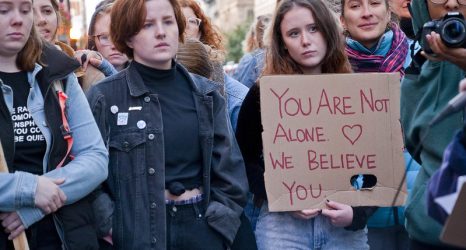