Back to school means back to activism for teenage feminists. Once found only on college campuses, feminist clubs are on the rise in high schools, and even some middle schools, nationwide—and just as the Parkland, Fla., high school advocates have done for gun control, these clubs illustrate the power of student activism.

“More than ever, students are organizing to challenge sexism in their own schools, families and communities,” says Ashley Steimer-King, director of Girls Learn International, a Feminist Majority Foundation program that enables student advocacy for universal girls’ education and human rights. (FMF is the publisher of Ms.) “They are politically engaged, demanding to be involved in the decisions that affect their lives, and itching to turn 18 and vote.”

At Whitney Young Magnet High School in Chicago, members of Acting for Gender Equality (AGE) published a cartoon in the playbill of their school musical last year that contained strategies for responding to different types of harassment. Because they identified cartoons as an effective way to reach their classmates, members said they hope to reach a larger number of students by publishing them in their school newspaper this year.

“It was nice that we were bringing awareness to people,” says Luna Mac-Williams, 18, former public relations director of AGE, “in a way that they found intriguing and engaging because it had an artistic presentation.”

Some feminist clubs work with international organizations to effect change outside of their school community. Girls Go Global at the Marlborough School in Los Angeles partners with Girl Up, a United Nations campaign to foster girls’ leadership in the worldwide feminist movement, to host an annual summit. Almost 200 teen girls from across the city attended student-led workshops on topics such as teenage voter preregistration at the summit last year, which featured Dee Dee Myers, the first woman White House press secretary; Yael Aflalo, founder and CEO of Reformation; and Jen Tolentino, director of policy and civic tech for Rock the Vote, as keynote speakers.

“It was really empowering to be with hundreds of other girls from the L.A. area who all have different perspectives on the issues we discussed,” says Dorrit Corwin, 17, one of six copresidents of Girls Go Global.

On the other side of the country, Reshaping Reality allows students at Staples High School in Westport, Conn., to foster body positivity through group discussions of their experiences with body image. Its members produce annual presentations for middle school students and their parents aimed at fostering self-esteem. At local forums, they use personal experiences to answer questions from parents about social media and engaging in positive communication with their children.

“We all have this one thing that ties us together… but we’ve all had different experiences with it, and we’re all in different grades and different friend groups,” says the group’s president, Maddie Baildon, 17. “It creates a really interesting community.”

Meanwhile, members of Young Advocates for Equality (YAFE) at Bob Jones High School in Madison, Ala., place free tampons and sanitary pads in all the girls’ bathrooms. If possible, they each donate $5 or less to pay for these products. Because YAFE’s founders graduated in the spring, current students will take charge of the club this fall.

“We’ve had a ton of freshmen join this year,” says Soumyaa Utlapalli, 18, former treasurer of YAFE. “Having a social justice club like YAFE in high school and not having to wait until college is really important for cultivating their interests.” 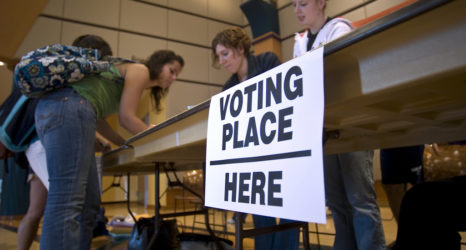 A Return to Separate and Unequal: Education Equity is at Stake in the 2018 Elections