LISTEN: Why We Need to Make Space for Well-Read Black Girls - Ms. Magazine
Skip to content 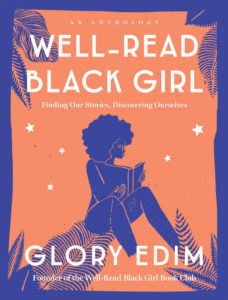 Glory Edim’s online book-club-turned-community Well-Read Black Girl is about more than just reading—it’s about reading books that women of color will recognize themselves in.

Edim, now a nationally-recognized figure in the literary world, created a space where Black women’s writing and knowledge and life experiences are lifted up and shared. In a new essay collection debuting today, she brings the same spirit to the printed page, curating original works by groundbreaking women like Jesmyn Ward, Jacqueline Woodson, Gabourey Sidibe and Lena Waithe that center on representation and the urgency of community.

In an exclusive excerpt for Ms. readers from the audiobook version of Well-Read Black Girl, Edim reads part of I, Too Arts Collective founder Renée Watson’s essay “Space to Move Around In,” from the section “Well-Read Black Girl Recommends: Books on Black Feminism.” In her essay, Watson reflects on the parallel isolation of being one of a handful of Black people in the room at a writing workshop and the absence of Black voices in classroom reading. 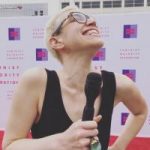 Carmen Rios is the Digital Editor at Ms. and Contributing Editor and Co-Founder of Argot Magazine; her work has also appeared at BuzzFeed, Bitch, Mic, MEL, Everyday Feminism and Autostraddle, where she was previously Community Director and Feminism Editor. Like everyone else in LA, she once had a podcast; unlike everyone else, she stays pretty zen in traffic. You can find her on Twitter, Instagram and Tumblr.