Diversifying the Field of Economics is Critical to Achieving Gender Equality - Ms. Magazine
Skip to content

Economics, as a discipline, tends to dominate public policy debate in the United States; policies that promote economic growth and a healthy job market are rightly priorities for our policymakers and elected leaders. But this field that shapes some of the most important conversations about the country’s future is still largely dominated by the perspectives and expertise of white men.

It is imperative that Economics embrace diversity in its ranks—for the field, for the country and for women.

On a theoretical level, economists have embraced the concept of diversity in their work. “In finance, we know that diversity is fundamentally important in spreading risk,” Janet Yellen, then-Chair of the Board of the Federal Reserve and arguably the most powerful economist in the world at the time, commented in a speech in 2014. “History shows that economies develop and become more stable through diversification. Often, in the things economists study and the methods we use, diversity is a good thing.”

Embracing diversity among economists, though, has proved more challenging for the field. One reason that women make up only one in three economics graduates at the BA level may be the field’s reputation as a boy’s club—an assessment that was reinforced when a study found deeply misogynistic language on the most popular job board for those entering the economics job market.

The Economics discipline is now beginning to grapple with widespread sexism. After public pressure from many economists to address rampant misogyny in the field, the American Economics Association launched a subcommittee to explore the issue and foster more gender equal hiring and recruitment practices and started their own jobs board.

These are important first steps to creating a more equitable structure within economics where women and people of color can thrive, but the field must go further to ensure that diverse perspectives are valued and championed.

In the last year, high-profile examples of sexual harassment and abuse in wide sets of industries have sparked a conversation about the stories in movies, books, radio and television that we, as a society, never got to see or hear the contributions in business, media and science that we did not get to benefit from. Economics is no different than these wide-ranging fields.

What groundbreaking analysis did we never benefit from reading, citing and building on? What perspective on economic policy was absent when major decisions that shape our lives were made? Already, examples of economic policies that failed or struggled have shown how much a gender based or racially aware analysis could lead to better policies and advance the field.

For example, unpaid care work, especially by women, is central to children’s development and the health of our elderly. When low wages lead to long hours of paid work by women in low income households, the reduction in unpaid care work may undermine children’s development and future labor productivity, but these social costs may go unnoticed and unmeasured. Feminist economists have focused recently on measuring and valuing unpaid care work, so that policies can better account for the important links between paid and unpaid work.

The Institute for Women’s Policy Research and the Program on Gender Analysis in Economics at American University is convening the 2018 Pathways to Gender Equality Conference this weekend in Washington, DC, to explore how solutions to current and future economic challenges facing the United States and the world can be better informed by gender analysis. We hope the conversations sparked at the gathering will move the field a bit closer to embracing more diverse thought and perspectives.

Diversifying the field and embracing a gender lens will allow economics to tap the full potential of its analytical power to offer compelling solutions to the most complicated problems facing society. Indeed, gender analysis has been key to some of the major innovations in the field. In her speech reviewing 125 years of women’s participation in the economy, Janet Yellen, who will be speaking on the importance of diversifying economics in the conference’s opening plenary, described how “the issues surrounding women’s work, such as the minimum wage, pay equity and maximum workweeks, were topics of great interest to early practitioners of labor economics.”

A century later, these issues are still essential to understanding how economic policy impacts women’s lives.

Watch the opening plenary for the Pathways to Gender Equality Conference below, and tune in on social media by following the #PathWays2GenderEquality hashtag! 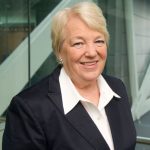 Heidi Hartmann, Ph.D., is the president and founder of the Institute for Women’s Policy Research, Distinguished Economist In-Residence for Gender and Economic Analysis at American University and Editor of the Journal of Women, Politics & Policy. Heidi is an economist with a B.A. from Swarthmore College and M. Phil and Ph.D. degrees from Yale. She is a former MacArthur Fellow and American Academy of Political and Social Science Charlotte Perkins Gilman Fellow and received the Distinguished Career Award from the American Sociological Association. 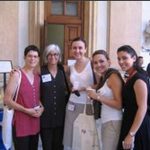 Mieke Meurs, Ph.D., is Professor and Department Chair of Economics at American University.

About Heidi Hartmann and Mieke Meurs

War on Women Report: Republicans Propose 150 Anti-Trans Bills; Idaho Republican Says Women Are Like Cows; Trump Glosses Over His Role in the End of Roe
The ERA Has Been Ratified, Declares New Congressional Resolution
Anti-Trans Legislation to ‘Protect Children’ Harms LGBTQIA+ Youth—Both Now and in the Future