Donald Trump’s recent tweets about Rep. Ilhan Omar have put her in danger—and they’re a disappointing reminder of how frequently the president uses his powerful political position to bully and disparage women, particularly women of color.

After Trump tweeted a video last week targeting the freshman Representative—who is among the first Muslims and refugees to ever serve in Congress and the first Somali American—she suffered a spike in harassment and threats made against her. The video juxtaposed a recording of recent remarks by Omar with news footage from September 11, 2001 that depicted the terrorist attacks on the World Trade Center.

“Since the President’s tweet Friday evening,” she explained, “I have experienced an increase in direct threats on my life—many directly referencing or replying to the President’s video.” House Speaker Nancy Pelosi has since ordered increased security in the Capitol to protect Omar.

Feminist activists and politicians immediately mobilized against the President’s harmful attacks on Omar. #IStandWithIlhan began trending almost immediately after the video was posted, and movement leaders spoke out on the same platform to denounce the president’s hateful and harmful message.

“The sitting president of the United States is inciting hate against a Muslim congresswoman,” Rep. Barbara Lee (D-Calif.) posted. “It is beneath the dignity of his office and should be condemned.”

“I stand with Ilhan Omar,” Senator Patty Murray (D-Wash.) wrote, “and condemn President Trump’s reckless and divisive rhetoric. We should encourage civil discourse and respectful debate in our country, and strongly reject Islamophobia and bigotry.”

“The attacks against Rep. Omar are attacks on the values of our democracy,” a coalition of progressive leaders and elected officials wrote in a joint letter denouncing the president’s attacks on Omar. “White supremacy, discrimination, bigotry and hateful expressions against immigrants, refugees, people of color and communities of faith are despicable and contrary to the values and aspirations of the United States. In the face of such attacks, we reiterate our commitment to love, pluralism, diversity and freedom of expression, religion and conscience.” Calling  Omar “a visionary and inspiring leader,” they observed that “it’s because of her strident leadership of progressive values, as well as her identity as the first Black Muslim woman in Congress, that she is a target of constant racist and bigotted attacks from Donald Trump, right-wing media and extremists, Republican leaders and even, at times, Democratic colleagues.”

The undersigned make an important observation—one that reveals a pattern of behavior from the president that has consistently encouraged harassment and threats against women of color.

Last June, Trump targeted Rep. Maxine Waters on Twitter, calling her “Low-I.Q.” and issuing a warning: “be careful what you wish for, Max!” He also used the platform later last year to target another Black woman in Congress—Rep. Frederica Wilson. Since the historically diverse 116th Congress was sworn in this year, Trump has shifted the brunt of his blame to the young women of color shaking things up on Capitol Hill—in particular, Reps. Ilhan Omar, Alexandria Ocasio-Cortez and Rashida Tlaib.

Nearly 60 million people follow Trump on Twitter, giving him a massive sphere of influence—and his inflammatory comments have, at least in part, inspired or echoed dangerous ideologies behind multiple public acts of violence since he took his office. Last month, the perpetrator of the deadly mass shooting at a Christchurch, New Zealand mosque cited President Trump as one of the models for the white nationalist society to which he aspired. Last June, some people blamed the fatal shooting at the Capitol Gazette newspaper in Annapolis, Maryland on Trump’s blatantly anti-liberal media rhetoric.

Trump’s tweets have the power to incite real violence—and he’s been, by and large, patently irresponsible with his influence on the platform. But another pattern has emerged in the midst of his callous commentary: Women, on the Hill and at the ballot box, are speaking up and demanding better.

“No one person—no matter how corrupt, inept or vicious—can threaten my unwavering love for America,” Omar posted on Twitter in the wake of the President’s attacks. “I stand undeterred to continue fighting for equal opportunity in our pursuit of happiness for all Americans.” 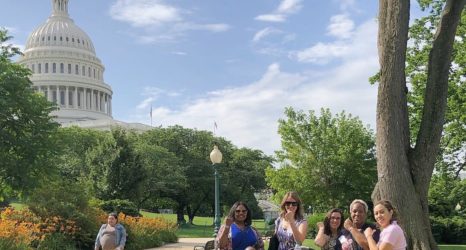 Making Change for Working Mothers of Color on Capitol Hill 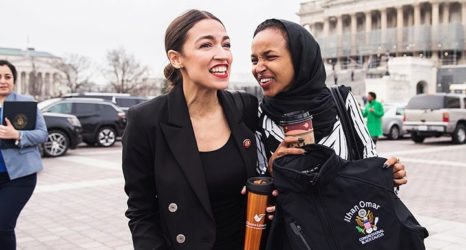