When Rep. Alexandria Ocasio-Cortez compared the detention centers along the southern border of the U.S. to concentration camps, she sparked a heated debate about whether the facilities met that definition. In the following days, the press spent more time picking apart her word choice than focusing on the dire conditions in the detention centers that have led to severe health conditions—and, in some cases, the death of detainees.

Many find it difficult to accept that these horrors occur, especially in the U.S. We say “never again,” but are blind to the assaults on human rights and the dehumanization of people taking place every day on our watch.

The United States is party to the International Covenant on Civil and Political Rights (ICCPR), a treaty ensuring that all people have the right to freedom of movement and the right to be free of cruel, inhuman and degrading treatment; given that migrants in detention centers are unaware of the charges brought against them, unsure of how long they will be detained and kept in centers that the federal government has deemed unlivable and inhumane, many international law experts have established this as cruel, inhuman and degrading treatment. (Some even argue it amounts to torture.)

Along with the ICCPR, the United States is a party to the 1951 Refugee Convention. While most migrants crossing the southern border do not hold refugee status, the 1951 Refugee Convention states that any person has the right to seek asylum if they face violent and unsafe living conditions in their home country⁠—regardless of how they enter another country. The convention also bars any country from discriminating based on race, religion, or country of origin. The United States government is in direct violation of the convention through its racist, violent and vague immigration policies applied to migrants from Central and South America, most of whom are indeed fleeing violence and instability in their home countries.

The violations of these treaties exemplify the Trump administration’s insidious, overriding agenda to discriminate and persecute based on race, religion and gender. The connective thread between these practices cannot be overlooked.

Migrant women and girls fleeing violence and unsafe living conditions in their home countries typically hold very little political power, and ultimately suffer the most. Mothers are separated from their children. Women are denied access to health care, denied water to the point where they have no option but to drink from toilets and forced to sleep on concrete floors in overcrowded holding cells.

This is intentional separation based on gender and age. This is the United States government causing serious physical and mental harm. This is discrimination against a group of people based on race and country of origin. This is a crime against humanity. If these continuous reports of trauma aren’t blatant evidence of human rights violations, aren’t immediate concerns for the international law community, aren’t an example of outright torture sanctioned by the United States government, then human ethics have truly been compromised—and we have failed our human rights responsibilities.

The United States, due to its extreme wealth and power, dictates how other countries govern their human rights policies. We claim to hold the same standards we expect on a global scale, yet disregard the very same legal obligations within our own borders.

At times it seems hopeless⁠—like the Trump administration gets away with anything and everything while people suffer and human rights are ignored. We ask over and over, how can the United States actually be held accountable? But the U.S. is not above international law, and we must continue to call attention to these issues.

In May 2020, the United States’ human rights record will be reviewed by the United Nations Member States through the Universal Periodic Review. The U.S. will be assessed on its fulfillment of the human rights treaties it has signed and will also be subject to submissions of non-governmental organizations and human rights institutions. Immigration policies and records will likely be reviewed, which may be one step towards accountability and justice.

The Trump administration needs to be held accountable for the atrocities happening at the border, in the same way that all nations must be accountable for crimes against humanity.

Sophia Fiore is the Development and Operations Assistant at the Global Justice Center. Prior to joining the Global Justice Center, Sophia worked as a community organizer and education intern for Planned Parenthood in Minnesota, where she led a group of volunteers working on the 2014 state elections. Sophia holds a Bachelor’s Degree in women's studies and international development from St. Catherine University.
The Global Justice Center was founded in 2005 to fill a critical need in the international human rights field. GJC works for peace, justice and security by enforcing international laws that protect human rights and promote gender equality. Their model for justice embraces the tenets that gender parity in power and under the law is essential to global security, justice and prosperity for all; that discriminatory political and legal systems that fail to enforce human rights or ensure equal protection to women must be challenged; and that progressive interpretation and enforcement of international law is a powerful catalyst for social and structural change. 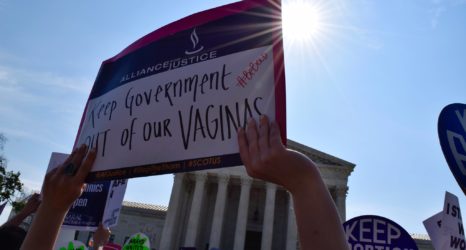 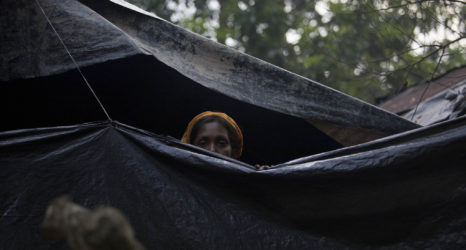 When Reporting on Rape Stands in the Way of Justice