Dixon more recently won a pitch contest for social impact films, which developed into the film Shattered Lenses—directed, written and produced with Michele Williams; and featuring music by Alia Sharrief and Maimouna Youssef. In the past year, she’s also produced an original comedy docuspecial for Preacher Moss, a Black Muslim comedian; and helped create a ground-breaking new series, East of La Brea, about two Millennial Muslimahs as they figure out adulthood in L.A., for which Dixon was honored by the Muslim Anti-Racism Collaborative.

In December, Dixon’s production company will launch its second year of an international film festival that spotlights Black Muslim Women filmmakers—and there’s still time to submit your own films, buy tickets or otherwise help the festival succeed! Films selected as part of the festival will be also streamed online. She is also in pre-production with a supernatural, thriller short film; and she and Williams are also seeking financiers for her feature crime drama, The Trap (formerly titled Chrysalis).

Could we start with you telling me a bit about your production company?

I started my production company, Audaz Entertainment, Inc., back in 2006 with my first film, which was a short called Temporary Loss of Power. I’ve been off and on making films and short films since then and producing other people’s music videos.

I also started The Muslim Women with a crowdfunding campaign, which I thought would gain a lot of steam. It raised enough money to shoot some footage in Oakland. One of my subjects, Kamilah, is a black Muslim woman, born and raised. Her dad’s the Imam at this very old Masjid that’s been there for generations and she’s a singer/songwriter. When I went up, I shot her rehearsal with her band, which is all male including a white guy, and she was singing at a cocktail lounge. Most “traditional Muslims,” think singing in this way is taboo, you don’t do that, especially with alcohol served, etc. But I wanted to show that Muslim women are not a monolith and cultural implications are different than religious implications. She’s not drinking at the hall. She’s just singing.

Disrupting stereotypes and other ideas about black women and Muslim women is central to a lot of your work, which is grounded strongly in your personal identity, right?

I like to challenge authority. That’s been my angle my whole life, so I’m pretty much like this unicorn out here, this black Muslim woman who doesn’t cover, who’s independent. In the studio system, there’s Mara Brock Akil, she’s Muslim, but she’s mainstream and she comes from a different background. She was a convert and she doesn’t cover, but she’s more a traditionalist: professional, corporate. I’m an anarchist. I [had] a blonde frohawk on purpose because I liked it and I pierced my nose and I have tattoos and the coolest thing is, I have my mom’s support for every single thing.

What are you working on right now?

My production company has a docuseries in development, The Muslim Women, and I have footage for that; I just don’t have funders. Then, my other project is called Vengeful. It’s LA noir-ish, and the protagonist is a homicide detective. She’s investigating a murder of a wealthy teenage girl while also secretly stalking this woman she believes killed her twin sister. It’s like The Killing meets True Detective.

Then there’s Chrysalis, which is a web series [now titled The Trap and in development as a feature]. It’s about this Muslim woman, a drug dealer. She doesn’t start off a drug dealer. She’s a single mom, her dad’s the Imam, the leader of the Muslim community, and she’s the black sheep.

It’s a web series now, but I want to shoot Chrysalis as a feature. It has a very strong female character, just like Vengeful. That’s what I write. Chrysalis was more like The Godfather or Goodfellas, and when I tell people that, they’re like, “oh no no no, that’s not it. This is an indie character drama.” And I say, you really aren’t reading it. She’s Michael Corleone. She gets pulled into this drug world. She doesn’t really want to but once she gets into it, she loves it and it’s powerful and she wreaks havoc.

For some reason many executives can’t wrap their brain around a powerful Muslim woman, let alone a black woman. They think it’s a story for a white male. But it’s a story I’ve seen played out in my hometown of Baltimore. I know people like this; it’s not strange.

You started out as a writer, right? And then a school teacher?

I’ve been a writer ever since I was a little kid. That was what I did, and I drew pictures too. My mom’s an educator, and I wanted to be like my mother so badly, I became an educator. I have a degree in education. I got my masters in human development and neuropsychology.  I was a nerd. But at heart, I was always a storyteller. I thought, if my cousin can do it, I can do it. So, I moved to LA because I wanted people to see these stories I had.

I started writing scripts when I moved here. My cousin said, look Nia, you’ve got to choose. Do you want studio or do you want indie? And I said, I’m going indie because nobody’s going to take my stories. They’re not taking me seriously. I was wearing a scarf at the time, and she said, when you go into these meetings, they’re going to see you as being political. I thought, I don’t want that. I’m just trying to tell these stories as a black, American and Muslim woman.

Is that what made you decide to start your own production company?

The first thing I did was shoot the first short and then I realized that I had to be legit. I started researching companies, because I used to own my own company in Baltimore. I had a tutoring company and I figured out a corporation was better.

Then there was a gap between the first film and the next one because I worked on other people’s sets. I didn’t go to film school, so I learned everything on set. Everything. I was a PA. I worked my way through all the different jobs. My final job working on other people’s sets was Ryan Coogler’s thesis film. At the time, I didn’t know who he was. I was his second AD and he’s such a cool guy.

Flash forward today, now I see the benefits of going to film school. You have a network of people. But I also observed that all the women who were working on that same film, they didn’t get the same push that he did. The first AD deserved to be a director just as much as he did. Where was her team of people? So, he went on to do Fruitvale Station, which I was so impressed by, [and then Black Panther].

I think to myself, it’s the money. He had funding from people and I’m sure the other women who worked on set whom I know personally, they just didn’t have the funding. The film business is totally different for women.

That’s why I started my own company. And the crazy thing is, I’ve been mentored. My first mentor experience was with Catherine Hardwicke, which was the bomb. I learned so much from her. Most of the way I organize things, the way I put my look books together and the whole notion of how to get funding came from working with her on Twilight, on Red Riding Hood. She’s indie now. She brought in the highest grossing film of all time, she’s in the Guinness Book of World Records for Twilight, and she still can’t get green lit for a movie. Isn’t that crazy?

Wow. That really speaks to the importance of having women and people of color in all positions behind the scenes. Can you speak a bit more about that need?

Representation matters. Growing up watching movies, I never saw myself. Sure, I liked E.T. I identified with the main character, Elliot, but I’m not a white boy from the suburbs. I grew up in Baltimore, Park Heights. Have you seen The Wire?

That was my neighborhood. That was my life. So, Elliot and I weren’t very much alike. The only place I found representation was in literature. I read Mildred D. Taylor’s Roll of Thunder, Hear My Cry. I read Toni Morrison and Alice Walker when I was 10 because I was starving for stories about black girls. I read the poetry of Ntozake Shange when I was way too young. I was nine years old and I read her poetry for the first time. Unfortunately, I could relate to some of it, being a survivor of childhood sexual trauma. It also gave me the impetus; it gave me permission. Oh, they’re doing it, so I can do it too.

But ask a random little black girl off the street, she doesn’t know those names. I was lucky enough to have my mom, she majored in African American studies. I used to sneak into the basement and read her old textbooks. I knew who Ivan Van Sertima was and [his book], They Came Before Columbus. I knew James Baldwin and Langston Hughes and all of those writers, I knew about and read before I even graduated high school. I sat at a screening of I Am Not Your Negro a while ago and 80 percent of the audience didn’t know who James Baldwin was.

It’s essential. Absolutely. So, what do we do?

I’m doing my best to raise money and awareness. That’s pretty much, within my circle of influence, that’s all I can do. I’m following in the footsteps of people that have more influence and just watching what they do and adapting that to my small circle of influence. For example, Ava DuVernay was very successful at widening her circle of influence.  I watched how she did that and I’m adapting that to my resources. Her initial breakout was I Will Follow. She had 50 grand. I don’t have 50 grand. I’ll have to do what I can with my little bit of money, create my feature and just run with that because that’s how she broke into it. Unfortunately, I don’t have as much experience as she does because she was a publicist for filmmakers, so she has so much knowledge and experience from both sides.

Absolutely. My network started out small, but I’m widening it as best as I can. That’s the best I can do. This is what I tell everybody: Just do the best that you can from wherever you are with whatever you have. It’s my mantra. 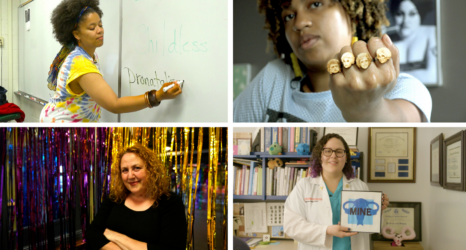 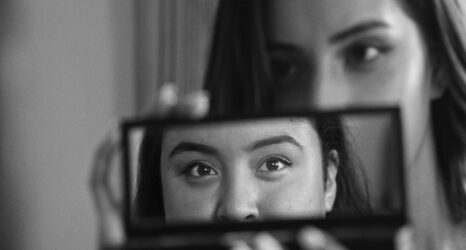