The girl who came to the rural health center in Jocotán, Guatemala was only 13. I cannot forget her face. Her eyes were wide with terror and shame. Her voice trembled when she finally got up the nerve to speak, and then she collapsed, crying.

She was pregnant. She had no idea how it had happened. It seems incredible, but nobody had ever explained to her how her body worked.

I was a doctor in training. All I could do was give her information and vitamins and ask her to return for monthly visits. The next day, I found out that she had left the appointment, gone home and “ended her suffering” by hanging herself from a tree.

Another girl who said she was 14, but was so chronically malnourished that she looked no older than 10, arrived at the hospital sick and weak and about to give birth. With her last strength, she pushed like a champion and gave birth to a baby boy. He weighed about three pounds and died a few hours later. After the birth, she grew paler. Suddenly, her breathing and her heart stopped.

I remember how the light of her eyes went off as I held her. In a matter of 10 minutes, I had in my hands the corpse of a little girl. We utilized everything we could—resuscitation maneuvers, antibiotics, intravenous solutions, oxygen and all our faith—but septic shock ended her life.

To this day, these memories haunt me. Yet the plight of these girls is disturbingly common. I have been serving these rural Guatemalan communities as a doctor for 18 years and as an obstetrician and gynecologist for 12, and I am currently the medical director of WINGS Guatemala, an NGO that provides education and contraceptive services throughout half the country.

What we see every day, especially in rural areas, is that babies keep having babies.

Many of these girls do not know how a pregnancy occurs. Many believe that they cannot get pregnant the first time they have sex, or they do not know they have options to avoid pregnancy. Many young girls even have sex forced on them: Guatemala’s Human Rights Office reports that sexual abuse, most often by relatives, causes most pregnancies in girls under 14, and unofficial records show that in 2018, 1,520 biological fathers impregnated their daughters.

Regardless of how they get pregnant, these girls come to me—impoverished, lonely and defenseless.

What future awaits these girls and their babies? What quality of life can a 12-year-old girl offer her daughter or son? How can a girl who can barely read and write or make her own decisions be left to educate, raise and feed another human being? What can we do to save these girls from pregnancies that jeopardize their health, crush their dreams, thwart their potential and force them to sacrifice everything to take care of someone else?

The remedies we have tried so far have failed. In 2009, lawmakers in Guatemala took what they thought would be a major step forward: they prohibited child marriage and made it a crime to have sex with a child under 14. But instead of dropping, the pregnancy rate among girls under 14 skyrocketed.

According to the Sexual and Reproductive Health Observatory (OSAR), the rate of pregnancies for girls under 14 jumped 44 percent from 2017 to 2018, and in 2019 records state that 1,005 girls so far under 14 have been pregnant, and 85,619 girls under 19 as well. In 2018, an average of six girls under 14 gave birth daily in Guatemala; in the first quarter of 2019, that number rose to seven. In some villages, half of all teenage girls are currently pregnant or have been pregnant within the past year.

Despite this, few rapists are prosecuted. The law is hard to enforce. Revealing that she has had sex could land a girl in real trouble. What would happen if the relative or boyfriend she implicates goes to jail? In retaliation she could be thrown out of her home, brutalized or even killed.

Believe it or not, things may soon get worse. In 2018, the Ministry of Health of Guatemala shared and trained its staff in “family planning guides”—and directly instructed doctors and nurses not to provide contraceptive services to children under age 14. Contraceptives can hide the proof that abuse is occurring, and withholding contraceptives protects healthcare workers from becoming accomplices to a crime—but denying girls access to contraceptive information and services will not stop vulnerable girls from being abused. It just means more of them will get pregnant.

On top of this, Guatemala has just elected a new government that is committed to imposing conservative religious values on both public and private schools. It is poised to pass Initiative 5272, which would prohibit comprehensive sex education.

Of course, in an ideal world, no girl of 13 should have sex or get pregnant. Every girl should be laughing and playing, enjoying just being a kid. But here in Guatemala we do not live in this utopia. These girls may not be old enough to consent to having sex, but they are having it anyway—and they are being forced to become mothers. We are denying them access to knowledge and medical services that could literally save their lives when instead, we need to help give them the strength and the means to make their own decisions, including choosing not to become mothers until they are old enough and truly ready.

Many medical providers are frustrated with having to say “no” to a girl who asks us for help. Right now our hands are tied. But we must recognize that access to information and options to avoid pregnancy are not part of the problem—they are an essential part of the solution.

Dr. Michelle Dubón is a gynecologist and obstetrician. She is medical director of WINGS, a Guatemalan NGO that provides reproductive health education, counseling and contraceptive services to approximately 25,000 patients per year. 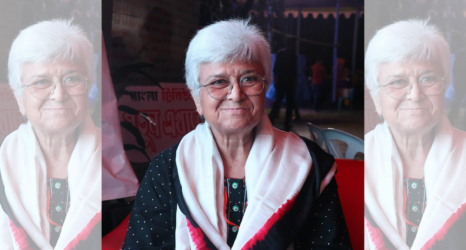