Today, we mark International Safe Abortion Day 2020, under the theme calling for Diverse Actions, Different Places, One Demand, to enable access to safe and legal abortion.

This day has roots in a regional campaign for the decriminalization of abortion in Latin America and the Caribbean and in 2011 was kicked off as a global campaign by the Women’s Global Network for Reproductive Rights (WGNNR).

This month also marks the 25th anniversary since the Fourth World Conference on Women that bore the Beijing Platform for Action, outlining 12 critical areas of concern governments are called on to advance gender equality. These 12 areas range from access to health, education, and economic empowerment to violence against women and girls’ rights.

A quarter-century after the 4th World Conference on Women, we have made progress on some critical areas outlined in the Beijing Platform for Action but are lagging far behind on others.

According to the UN Women’s report, “Women’s rights in review, 25 years after Beijing,” the world has made tremendous progress on girls education, addressing maternal mortality, and some progress towards women’s representation in decision-making and gender-responsive legislation.

However, the progress is far too slow and uneven. For example:

Is there hope for actionable and sustained initiatives coming out of this anniversary year?

From my vantage point in Nairobi and being Kenyan,  I am proud not only of advancements in equality since the 1995 Beijing Platform of Action but also for the global momentum the International Safe Abortion Day has created to hold governments accountable to their commitments to reproductive rights, including those in Kenya. And last year’s International Conference on Population and Development hosted in Nairobi provoked thoughtful dialogue on advancing gender equality and what shared responsibility looks like in this 25th anniversary year.

In March, COVID-19 disrupted the already struggling global health infrastructure and economy, and it highlighted and exacerbated the already staggering social and institutional inequities.  And there is a confluence of issues we face as a global community. Multilateralism is under threat, populism widespread, and anti-choice rhetoric catching on. This confluence has created a fraught political climate, and one that is characterized by pushback on women’s rights.

Undoing the Harm of the Global Gag Rule

To make things worse, specific government actions have deepened the effects of this political climate. The  U.S. government, for example, is aiming to enforce an expanded version of the global gag rule, also known as the Mexico City Policy.

In four years of its extension, the global gag rule has been documented to leave behind a trail of devastating effects on women and girls’ lives, compromising reproductive rights and providing a platform to embolden anti-choice groups. In addition to entrenching a structural barrier for women and girls’ access to their sexual and reproductive health and rights across the world, the new expanded version of the rule created a resource deficit of over $600 million in funding for family planning.

It also extends restrictions to nearly all U.S. global health assistance—resulting in an estimated $9.5 billion loss in support for HIV/AIDS, malaria, and maternal and child health initiatives, among others. Some of these resources have been shifted to support a well-coordinated and well-funded anti-choice movement (mostly rooted in evangelical rhetoric).

And here in Kenya, these groups have been at the forefront of spreading misinformation and were able to build significant support to block the 2019 Reproductive Health Bill.  They also raised considerable opposition to the Nairobi Summit last year, including high-level political diplomats.

We are at a tipping point. On one hand, we have the 25th anniversary initiatives and global health, feminist and social justice movements. On the other, we have the in-built systemic inequities and legislative obstacles these movements face.

At the start of 2021, the Generation Equality Forum will be hosted and has outlined six action coalition themes (gender-based violence, sexual and reproductive health and rights, feminist leadership, technology, climate justice, and economic justice). These themes could be used to rally governments worldwide around ‘game-changing’ policy commitments to action.

But there must be buy-in and accountability or these commitments are only paying lip service to the quest towards gender equality and the work and legacy of feminist movements.

Between today and the Forum next year, we have an opportunity to raise the bar—to bring our best ideas to the table to counter the barriers women and girls face worldwide and call in governments to amplify political will. In order for that to work, we need policies, programs and services that are fully funded with built-in accountability mechanisms. Governments around the world, from the U.S. to Kenya and everywhere in between, should seize this moment.

In Kenya, in the informal settlements of Nairobi where I grew up, one in five (17 percent) girls aged 15-19 years have begun childbearing, and unsafe abortion is responsible for almost a third of maternal deaths. We need action—not more restrictions or even performative promises.

At the 25th anniversary of the Beijing Platform for Action, I want to look back on today as the day we took a solid step forward.

Catherine Nyambura is the lead consultant for Generation Equality in Kenya for the International Center for research on women (ICRW), where she supports the development of ambitious policy recommendations for the Government of Kenya working in consultation with among feminist organizations and civil society in Kenya and focusing on GBV. Catherine also sits on the board of the Strategic Initiative for the Horn of Africa, one of the largest feminist networks in East and Horn of Africa and serves as the chair for the regional activities working group for COFEM. 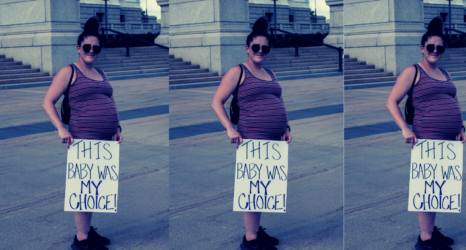 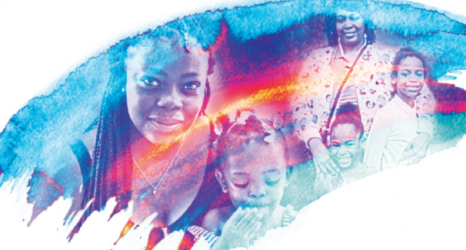 Why Black Women Must Remain Front and Center

‘With Sorrow, We Dissent’: The Three Justices Who Rejected Dobbs
Weekend Reading on Women’s Representation: Women Leaders Reckon With a Loss of Abortion Rights; The Lack of Women at G7
Why the Fall of Roe Means You Might Not Be Able To Get Pregnant