Breastfeeding for the Greater Good - Ms. Magazine
Skip to content 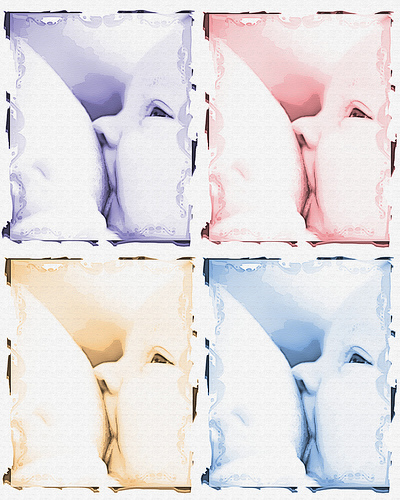 Finally, any lingering doubts can be laid aside because a) new research quantifies the public benefits and b) the U.S. government is making employers support it.

A study in the journal Pediatrics reports that approximately 900 babies’ lives could be saved every year if 90% of U.S. mothers exclusively breastfed during the first six months of their baby’s life (currently, 12% do). And page 1,239 of the Obama administration’s newly signed healthcare bill requires workplaces with over 50 employees to provide:

a place, other than a bathroom, that is shielded from view and free from intrusion from co-workers and the public, which may be used by an employee to express breast milk.

We should celebrate any occasion when policy and practice work together for the common good of mothers and children.

One practice that public policy rightly does not support, however, is breastfeeding other people’s children. Although solicitous mothers have saved the lives of babies around the world by donating their milk, public policy simply cannot condone wet nursing without strict regulations because H.I.V., syphilis and hepatitis are all transmitted through breast milk. Recent donations of breast milk to Haiti have gone unused because of lack of refrigerated storage space.

Wet nursing also revisits class hierarchies among women—the rich pay the poor to nourish their children while the children of the working mothers learn to live with the shortfall.

So breastfeeding is good for babies, but not under all conditions. Health should always be the primary consideration, but social hierarchies need attention, too. This is why it is odd that Salma Hayek thought it perfectly acceptable to breastfeed a baby from Sierra Leone:

In the Nightline video above, Hayek classifies her actions as charitable: The baby was healthy and the mother simply had no milk. But the real questions should have been: Was Hayek healthy and did the mother ask her to feed her baby?

This is the moral of the story: Just because something may be good for babies doesn’t mean privileged people have the right to go ahead and do it. Hayek breastfeeding one baby was essentially harmless, thankfully. A Baptist charity’s attempt to “transport” ten children from Haiti to the Dominican Republic without anyone’s permission was more suspect despite the stated desire to provide them with “a better life.” Good intentions aren’t enough.

Saving babies, especially black ones, is an admirable project that I wish more people would participate in. However, practices based in privilege that eschew public policy–and parental consent–can easily do more harm than good.

Photo courtesy of http://www.flickr.com/photos/angelusworks/ / CC BY 2.0.