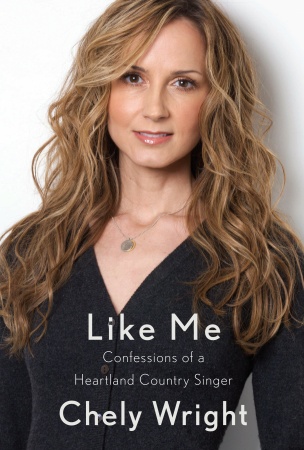 When the story circulated around the Internet  that country music singer-songwriter Chely Wright would announce that she’s gay in People magazine on May 7th, some, like the Washington Post online gossip column “The Reliable Source” and commenters on the SF Gate gossip blog The Daily Dish, viewed this revelation as a possible publicity stunt to garner attention for her new record and her memoir, which also “come out” this week. After all, Wright’s glory days were the 1990s, eons ago in pop-music terms. Her 1994 debut album, Woman in the Moon, earned her a Top New Female Vocalist award from the Academy of Country Music. She had a #1 hit on the Billboard charts in 1991 with the song “Single White Female,” and her songs “Shut Up and Drive” and “Jezebel” were 90s country radio staples. Given that her career seemed to slump in the 2000s, it’s easy to see why initial reactions to the news that she’s a lesbian were skeptical.

To those who yawned when Ricky Martin came out in March and compare Wright’s exit from the closet to that of any number of other celebrity “outings,” there might seem to be nothing new to say on this subject. We can point to Ellen, Wanda, Portia and even Meredith Baxter and say that being a lesbian no big deal for an entertainer. But in the largely conservative world of country music, being gay is perceived as a serious liability, and in her new memoir Like Me: Confessions of a Heartland Country Singer, Wright doesn’t shy away from exposing the homophobia that kept her silent about her sexuality for 39 years.

She tells us that she has known she was gay all her life, and that when she was a child–and continuing into adulthood–she would say a prayer, “Dear God, please don’t let me be gay.” Once her career took off, she came to believe she could never be honest about who she is because of the hostility and hatred she would face. As she puts it, “No one like me in country music has ever admitted his or her homosexuality.” (She’s not counting kd lang, who was slotted into country music in  the 1980s but when she came out in 1992 was sliding out of that genre.) Or, as John Rich, one-half of the successful, flashy country duo Big & Rich, explained to her in no uncertain terms:

You know, people talk about you…They wonder if you’re, you know, gay or something like that….You know, that’s not cool, if you’ve chosen to live that kind of lifestyle. Fans won’t have it. This industry won’t allow it. This is country music. It’s about God and country and family. People don’t approve of that kind of deviant behavior. It’s a sin.

Rich urged her to “take out a press release or something and clear it up, let everybody know that you’re not gay.” This was in 2005, and Wright describes the conversation as one step along her path to coming out. Even though she lied to Rich and told him she wasn’t gay, she lets her readers know that this was the first time she had ever had to deny it outright, and she clearly despises him for putting her in a position where she didn’t feel safe doing anything else.

What’s most striking about Like Me is the unflinching self-analysis Wright undertakes. From the preface, in which she describes her depression and near suicide in the wake of the break-up with a woman she describes as the “love of my life,” to the chapters in which she finds the strength to stand up for LGBT issues, she puts herself on the line and offers up her story “to comfort young people as they come to realize and deal with the fact that they are gay.” “If that’s you,” she says, “hear my story. I want you to know that you are not sick and you are not alone.”

There are the obligatory tell-all moments, like when she explains that she dated men because she was trying to live a “normal” life. (In a particularly raw section, she chronicles her relationship with Brad Paisley and its demise, extending an apology in print for having treated him badly.) She talks frankly about the women she’s been with, and shares the successes and hardships of her career. Wright makes clear that concealment was the defining feature of her life. When she tells about performing for our troops in the Middle East, she wonders if they’d support her as enthusiastically if they knew she was gay. She identifies and labels the internalized homophobia that made her fearful and hostile toward out lesbians whom she perceived to be too “dykey,” and  takes strong stands against bullying of queer-identified students and in favor of federally recognized gay marriage and the repeal of Don’t Ask, Don’t Tell.

I’ll admit to having had my own preconceptions about the book before I read it. I expected a lightweight romp through an artist’s rise to success, with some Behind-the-Music style highs and lows thrown in, and then lesbianism providing a surprising twist. What I didn’t expect was savvy political commentary and a unique combination of naiveté (everything that happens to her feels like she’s the first one to experience it) and nuance (her hyper-awareness of the hypocrisy of being in the closet connects her to the big issues that need to be addressed). At times, Wright openly preaches:

There are still horrific acts of violence being perpetrated against gay people, and those atrocities should be a wake-up call to those who feel unsympathetic or disconnected to the suffering of any minority group. Our society simply cannot allow ignorance and hate to be acted upon. Physical, emotional, social, and religious crimes are committed against minorities every single day–at work, at school, while trying to hail a cab, or while walking down the street. You may think that you’re not a minority so you don’t have to worry. You might want to think about that again with a bit more examination.

I believe that for every bigoted fan Chely Wright may lose for speaking out so forthrightly, she will gain multiple new admirers who may not have heard her music but who will understand her message now that she’s stepped out as a proud lesbian. As her title’s double meaning highlights, she wants readers to recognize the humanity we share, and, if we can find it in our hearts, to like. I know I do!