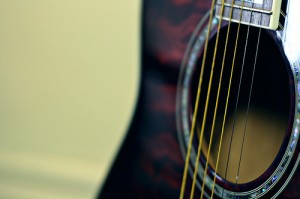 UPDATE: Crystal Bowersox was the runner-up on American Idol….

This Wednesday night, Crystal Bowersox could become the winner of American Idol. If she does, she will be a different kind of female Idol winner than we’ve seen in the past. In Idol’s nine seasons, four women have won the title, but should Bowersox triumph she would arguably become the first feminist.

This is not to negate the politics or political representation of previous women who won–including the first Idol, Kelly Clarkson, and subsequently Fantasia Barrino, Carrie Underwood and Jordin Sparks. However, Bowersox’s run on the top-rated reality-TV show has framed the woman contestant beyond the conventional portraits of “power belter,” “pageant queen,” “eye candy,” or “diva” (a moniker often reserved for the black female contestants like Barrino and Sparks, recalling singers in the Whitney-Aretha-Mariah vein.)

Bowersox may not be a power belter or diva, and certainly offers a different spin on blond, “all-American” womanhood in comparison to the power-belting-eye-candy depiction of Carrie Underwood.  In short, Bowersox may be less the girl next door and more the girl on the other side of the tracks–a role often played by a woman of color.

Bowersox embodies a really-real contestant for reality TV.  She is the singer-songwriter “artist” with a guitar and blond dreadlocks, suggesting a Janis Joplin throwback with her soulful vocals and women’s empowerment lyrics. She is also a single mom–akin to Fantasia–but here white privilege has lessened the impact on conversations about her ability to be a “good role model” by looking for a bigger paycheck to support her musical gig and infant son. Behind the guitar strumming and bluesy voice, one detects her heartbreak, and her working-class struggles in her economically hard-hit hometown Toledo. You can also see her “survivor” instincts as a woman with disabilities (diabetes) without health insurance, which she unabashedly shines a light on in interviews.

Every season of American Idol, which I have faithfully watched since its debut in 2002, critics and TV viewers complain about the judging, the level of talent among the contestants and the overblown production of each episode. This season, however, has been declared by detractors to be the “worst ever,” with accusations that the show has jumped the shark. After nine years, it becomes inevitable that shows lose viewership and slip in ratings, but I find it curious that now, on the verge of crowning what could be viewed as the first feminist Idol, the season would go on record as the worst.

While I agree that the level of performance pales in comparison to previous seasons, the issue is less about talent suffering and more about how such talent gets featured. Few contestants seemed to get proper guidance on how best to present themselves before a viewing TV public, and in a sea of amateurs several contestants of color were, curiously, the first to be eliminated. Later, female contestants were voted off week after week, despite judges declaring this season as a “girl’s year” in which women proved more talented than men. Clearly, when contestants fail to perform with showmanship, TV viewers are less forgiving of those who are not white and who are not male.

Despite such race and gender discrepancies, Crystal Bowersox has remained the strongest contender on the strength of her talent and performance. But Idol is notorious for featuring some of the best singers who fail to win (Jennifer Hudson!), as well as mediocre to just plain awful contestants who survive week after week based on their good looks or popularity. If Bowersox wins, this too is nothing to overlook, for she would be able to do so without being conventionally pretty and without the proper “humility” that would demonstrate she is not so self-assured about her musicianship and is perpetually grateful to her voting public.

So how does this make her feminist?  I am reminded of Bowersox’s response, after her much-publicized hospitalization to treat her diabetes, that the only free medical care offered to her was by a dentist who wanted to fix her teeth for cosmetic purposes. Bowersox politely refused and posted the lyrics to India.Arie’s self-esteem building song “Video” on her Facebook page.

And while Idol producers invited such apolitical current pop stars as Ke$ha, Rhianna and Justin Bieber as guest performers, Bowersox countered with performances featuring songs by such feminist musicians as Alanis Morissette, Tracy Chapman and Melissa Etheridge. Indeed, her most moving performance this season was of Curtis Mayfield’s 60s protest song “People Get Ready,” which moved her and the audience to tears.

Even when some Idol watchers reacted with outrage when teen pop star Miley Cyrus appeared on the show as a guest “mentor” for the contestants–protesting that someone like Cyrus could not teach someone like Bowersox anything useful–Bowersox got a little subversive. She first posted a link on Facebook to the documentary “Before the Music Dies,” which criticizes the current music industry, and then requested Miley Cyrus’s signature on her guitar, which is filled with other autographs of “strong women musicians,” according to Bowersox.  Her Idol fans were left scratching their heads, but the message of female solidarity is not lost on those watching from a feminist perspective.

Last week, Bowersox called attention to the plight of her hometown during these economically depressing times, and further championed the cause of juvenile diabetes, an issue she has already declared as her political platform. As she told Idol audiences, “This is the first time I received adequate healthcare.” We should all be alarmed that someone like Bowersox lucked out of hundreds of thousands of aspiring singers in the audition process in order to access health care!

It remains to be seen if such a contestant can, indeed, win American Idol, or if the reign of women is officially over now that, according to music critic blogger Lyndsey Parker, TV voters are primarily “moms and daughters” (or, more derisively and chauvinistically, “cougars” and “tweens”).  Unlike other critics, I don’t assume that a primarily female audience can only vote for their ideal “TV boyfriends.”  They just might find someone like Bowersox an ideal champion, with the talent to back her up. What also remains to be seen, once the show is over, is if she will find a legitimate space for her heartfelt brand of music.

UPDATE 5/26: Bowersox is considered to have “overpowered” her competitor last night; tonight, the votes are counted.