Title IX Turns 38-And It's Still Under Attack! - Ms. Magazine
Skip to content 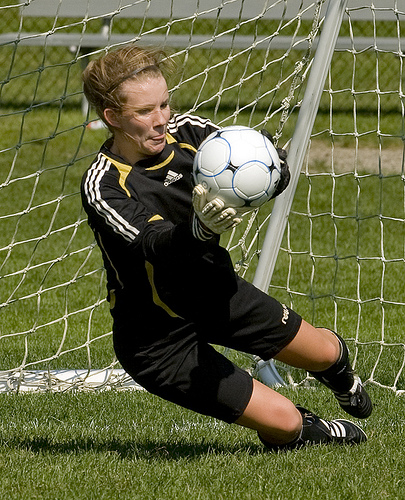 Principally authored by Rep. Patsy Mink (1927-2002), Title IX of the Education Amendments of 1972 prohibits sex discrimination in any program or activity at educational institutions that receive federal funding. Although Title IX affects all areas of education, it has come to be most famous for the huge impact it’s had on girls’ and women’s sports.  From 1971 to 1997, girls’ participation in high school  sports grew nearly tenfold, from 294,015 to 2,472,043. Participation more than tripled on the collegiate level. Women athletes are cheered in softball stadiums, in swimming pools and on soccer pitches across the country. I mean, could you imagine the awesome University of Connecticut women’s basketball team this past season without Title IX?

You’d think everyone would happily celebrate Title IX’s birthday on June 23, but that’s not the case. In just the latest of  38 years worth of attacks on the law, the conservative Independent Women’s Forum (IWF) issued a position paper [PDF] arguing that Title IX’s “enforcement standards encourage schools to cut men’s athletic programs.” The IWF advocates reinstating the Bush administration policies which were enacted in 2005 (and repealed by the Obama administration in  April), allowing schools to comply with the gender-equity law by using electronic surveys to gauge female students’ interest in playing sports. Prior and subsequent to Bush’s ruling, the Department of Education asked schools to meet one of three requirements to show compliance with Title IX: demonstrate that the participation of student athletes, gender-wise, is proportionate  to their enrollment at the school; demonstrate a history and continued practice of expanding athletic opportunities for women; or demonstrate that the women’s athletic program accommodates the interest of women students.  The Bush policies shifted the burden of proof of interest from the institution to the students.

But IWF, like other Title IX naysayers, insists that men’s sports have consistently and seriously declined in participants and number of sports in the Title IX era, citing a 2007 study conducted by the College Sports Council (CSC). The CSC, a small nonprofit based in Washington, D.C., is hardly a disinterested observer, however.  It’s headed by Leo Kocher, the men’s wrestling coach at the University of Chicago, and since its inception has fought against the proportionality requirement (i.e. if a university’s student body is 50 percent women, 50 percent of its athletes should be women).

But the CSC study is misleading. Erin Buzuvis, Associate Professor at Western New England College School of Law and one of the contributors to the Title XI Blog, told me that, “contrary to the CSC, and consistent with every other study I’ve seen, men’s participation has increased, not decreased, in the Title IX era.” That’s right: a report from the GAO [PDF] (Government Accounting Office) states that “the numbers of both male and female athletic participants increased from 1991-1992 to 2004-2005—with female participants showing larger rates of increase—but men’s participation levels were greater than women’s throughout this time period.”  The GAO report also takes into account the fact that female college students outnumber their male counterparts.

Title IX supporters have long argued that it isn’t the fault of Title IX when a men’s sport is cut to fulfill equity requirements: It’s usually a matter of the school prioritizing big-budget sports like football or basketball over “small” sports like wrestling. And women’s sports are continually fighting for equity under the umbrella of Title IX. Right now, for example, Quinnipiac University’s women’s volleyball team is contesting its elimination in favor of a women’s cheerleading squad–ostensibly for budgetary concerns. Quinnipiac has been  accused of exaggerating women’s participation numbers and underreporting men’s in order to look like it’s complying with the law.

As Nancy Hogshead-Makar, senior director of advocacy with the Women’s Sports Foundation says, “Female participation in sports is the most effective remedy against obesity and leads to more education and better employment prospects—including in fields traditionally dominated by men.”

Gee, do you think some people might be threatened by women entering some of those male-dominated clubhouses?