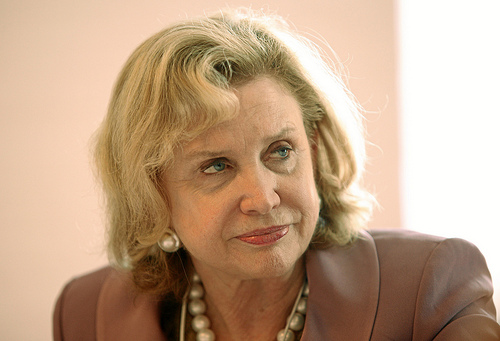 The Stop Deceptive Advertising Women’s Services Act (SDAW) is back on the table. Rep. Carolyn Maloney (D-NY) and Sen. Robert Menendez (D-NJ) have re-introduced the bill that would stop crisis pregnancy centers (CPCs)–anti-abortion-counseling offices that often masquerade as health-care providers–from using false advertising. SDAW would direct the Federal Trade Commission to declare it “an unfair or deceptive act” for a CPC to advertise as an abortion provider when in fact it does not provide any medical abortion services or referrals.

CPCs have been using deceptive advertising for years to entice women who are facing an unplanned pregnancy to seek counseling. They use billboards or ads with such lines as:  “Pregnant? Scared? You have options.” But pregnancy termination is never an option at “clinics,” which often give false medical information about the dangers of abortion. During a 2006 investigation of CPCs by the office of Rep. Henry Waxman (D-CA), staff members told undercover investigators that “abortion leads to breast cancer, infertility and mental illness.”

As Rep. Maloney points out, it’s hard enough for a woman to face an unwanted pregnancy without facing “the added stress of deciphering whether or not the clinic they choose offers legitimate medical services.” These deceptive advertising tactics are simply part of a larger theme within the anti-abortion community that women cannot be trusted to make their own reproductive decisions; instead, they need to be tricked and scared onto the “correct” path.

Two U.S. cities have already adopted Truth in Advertising for CPCs: The city of Baltimore passed a law last November that requires CPCs to post a sign stating they do not provide abortion services or referrals to abortion providers, and less than a year later Austin, Texas, followed suit. But SDAW would be the first piece of federal legislation to regulates the advertising of CPCs. It currently has 11 cosponsors in the House.