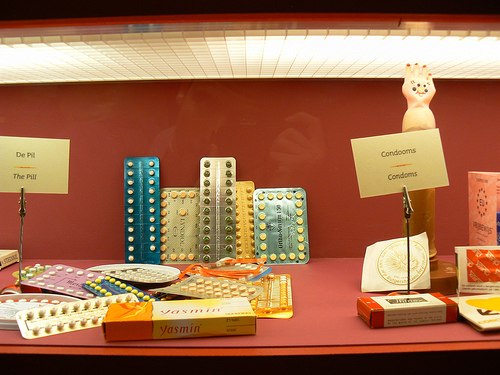 While “the pill”–which is celebrating its 50th birthday this year–has been an incredible boon for women who want a contraceptive, it’s not for everyone. Don’t forget there are a number of other birth control methods out there to consider:

1. How about the old-fashioned condom? They’re effective in preventing pregnancy (85 percent to 98 percent) and have the added benefit of reducing the transmission of HIV, sexually transmitted diseases and sexually transmitted infections (85 percent to 100 percent). For that protection alone, it’s a good idea to use a condom along with any other birth control method you use.

2. Intrauterine devices (IUD) are more than 99 percent effective. They are reliable, safe, long-lasting (five to 12 years, depending on type) and, best of all, reversible. But you do need to have an IUD inserted by a health-care professional.

3. The birth control implant provides long-term contraception (up to three years) and is about 99 percent effective. It also requires a health-care professional to surgically place the the flexible matchstick-sized rod under the skin of your arm.

4. The vaginal contraceptive ring is inserted in the vagina once a month, kept there for three weeks, and then a week after removal a new ring is inserted. It is 92 percent effective when used as directed.

5. The drug depo-provera is administered as an injection by a health-care provider. It is more than 99 percent effective and lasts for three months.

6. The transdermal patch is about 92 percent effective. Weekly patches are applied for three weeks, followed by a patch-free week.

7. The diaphragm is safe and effective 84 percent of the time. You need to be fitted for yours by a health-care provider.

8. The contraceptive sponge is not the most effective method–it fails between 16 percent and 32 percent of the time–but when working it provides 24 hours of protection. So, is he “sponge-worthy”? (Seinfeld fans, you know what I’m talking about.)

9. Surgical sterilization (tubal ligation for her, vasectomy for him) is almost 100 percent effective. While those surgeries are sometimes reversible, sterilization should be considered a permanent solution.

10. Natural family planning is effective 75 percent to 88 percent of the time if it’s practiced religiously (heh heh). It’s all about watching the calendar and charting your temperature in order to calculate when you ovulate. As a former Catholic, I and know of many babies conceived rather than prevented as a result of NFP, but it remains the preferred method for some people.

Do you have a favorite method I omitted? Do you have a story about any one method you found better or worse than another? And final question: If your contraception failed and you had an abortion, please share your story.

Above: image of contraceptive options from Flickr user Ryan Somma, under Creative Commons 3.0