A Feminist Focus at the International AIDS Conference - Ms. Magazine
Skip to content 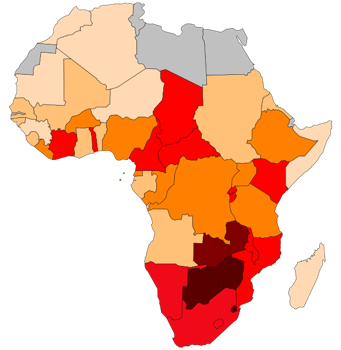 The six-day International AIDS Conference,  ended today. At the annual conference, people working to stop the pandemic as well as persons living with HIV gather to assess progress, evaluate scientific discoveries and plan more efforts. Coverage has ranged from condemnation of the U.S. War on Drugs to researchers’ efforts to develop a safe, effective vaccine against HIV to concern that wealthy nations will cut funds to fight the disease.

The good news? The World Health Organization (WHO) reports that there are 5.2 million people in the world being helped by AIDS drugs, with a record 1.2 million being added to that number in 2009. And the good news for feminists? Even in the face of a potential funding drain, new proposals have targeted those who have the greatest chance to curb the disease’s spread: women, particularly those in Africa, where the pandemic is still most devastating.

Items of interest to women included:

Proposals targeting mothers. Bill Clinton and Bill Gates argued that AIDS organizations could better use the contributions they do receive. For instance, drugs proven to prevent the spread of mother-to-child HIV transmission should be more widely available. The WHO issued a set of new guidelines stressing early HIV testing and treatment with antiviral drugs for pregnant women, as well as earlier testing for infants born to HIV-positive mothers.

Debate over sex work. A group of transgendered sex workers broke through security, running through the conference center to protest the President Barack Obama’s anti-prostitution pledge, which requires all organizations receiving funding from the Emergency Plan for AIDS Relief (PEPFAR) to actively oppose sex trafficking and prostitution. Joined by intrigued delegates, the workers waved red balloons and chanted “PEPFAR kills sex workers.” Several sessions of the conference focused on the impact of sex trafficking and drug use on the spread of HIV among women.

Talks devoted to women’s issues. Groups like Women ARISE, an international coalition of NGOs and networks, ran sessions focused on broad issues such as women’s rights, reproductive health, the relation of LGBTQIA women to AIDS and ways research can better benefit women.

As activists work to make women’s voices heard, we can only hope that the rest of the conference took notice.

ABOVE: Map of Africa colored according to the percentage of the adult (ages 15 to 49) population with HIV/AIDS, using data from UNAIDS. The darker the area, the higher percentage of infection. Wiki Commons Creative Commons Attribution 2.0