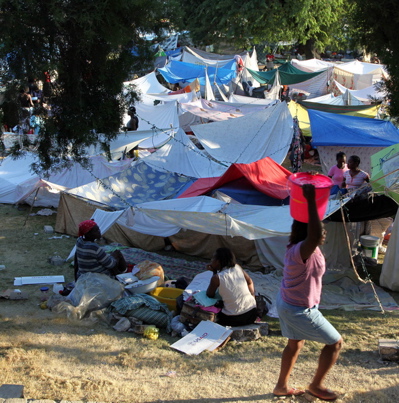 Even after the aftershocks of the devastating Jan. 12 quake subsided, women’s bodies were still trembling in Haiti. The cause, according to a new report, is the systematic, persistent (and often gang) rapes that have become part of women’s daily lives in camps for internally displaced persons (IDP).

The report, entitled Our Bodies Are Still Trembling–Haitian Women’s Fight Against Rape, and authored by Madre, the Institute for Justice and Democracy in Haiti and others, is based on data gathered by two delegations of U.S. attorneys, community researchers and a women’s health specialist. The research was done in May and June of this year. Members of the delegation interviewed more than 50 women ranging, from five to 60 years of age, who were referred to the delegation by KOFAVIV and FAVILEK, two grassroots organizations that focus on gender-based violence. Leaders of these two organizations, who have documented over 230 rape cases, have been targeted in their camps for involvement with pro-democracy movements.

The report found that women and girls are particularly vulnerable in overcrowded IDP camps. Women lack privacy (they often bathe in public) and have weakened family and community structures, as many lost their support networks in the quake.

According to “Our Bodies Are Still Trembling,” most of the women “reported being raped by two or more individuals, who were unknown to them and almost always armed with guns, knives or other weapons.” The report also found that 95.7 percent of the victims suffered from post traumatic stress disorder and more than half suffered from depression.

After women were assaulted, they had little access to medical services and, when they did, there were hardly any women health care providers. The practitioners who were available often could not provide evidence of medical certification.

Women’s access to justice has been even worse.  Women who reported rapes–and were already struggling with stigmatization and the psychological effects of sexual assault–were often mocked or ignored by police. In some instances, these women have had to deal with police corruption as well. Moreover, cases have not been prosecuted by the Haitian judicial system. Survivors remain vulnerable since they continue to live in the same areas of the camps where they were attacked and their rapists remain at large. Several women reported that they’ve been raped on different occasions since the quake.

Thus far, the government of Haiti’s response to this increasing crisis is practically non-existent, especially with the loss of feminist leaders who were fierce advocates for gender equality in Haiti and who had worked in the women’s ministry to address gender-based violence. Local and international officials interviewed have actually downplayed the report’s findings.

The United Nation’s Gender-Based Violence (GBV) Sub-Cluster’s response to rape in Haiti received a critical assessment by the delegation. The Sub-Cluster was cited in the report for failing to substantively consult with impacted groups. Specifically, “Poor women report they were not included in the post-disaster needs assessments (PDNA) … and have difficulty accessing sub-cluster activities.”

One of the Sub-Cluster’s initiatives–a referral card for survivors of sexual violence distributed throughout the camps–actually contained inaccurate information such as out-of-service phone numbers and incorrect street addresses for rape-related resources. According to the report, the UN  group did not conduct any systematic tracking of rape cases, while the local grassroots organization, KOFAVIV, did. In short, it seems the same women who were victims were left to handle the situation themselves and provide their own security.

The report concludes that the current situation in Haiti is dire, especially since rapes are oftentimes unreported and the government of Haiti “fails to take the minimum steps required under international law to protect women’s rights to bodily integrity and, in some cases, to life.” The report’s authors advise donor states to work in concert with the Haitian government and take a more active role in addressing the security crisis that underscores this persistent violence. They make a number of notable recommendations to stakeholders, including the immediate provision of security and lighting in camps; inviting a UN Special Rapporteur on violence against women to visit Haiti; guaranteeing full participation of women in all phases of Haiti’s reconstruction; systematically collecting data concerning violence against women; and, finally, acting with due diligence to prevent, investigate and punish such acts.

Haiti is yet another country that historically ascribes little value to its women and girls when it comes to acknowledging and prosecuting gender-based violence. Thus it not surprising that women have no faith in the justice system, as they are only too aware of their value to the state. It is quite telling that, according to the report, some women in Haiti prefer the term victim as opposed to survivor. Their bodies remain the scenes of crimes that we must not allow to go unpunished. 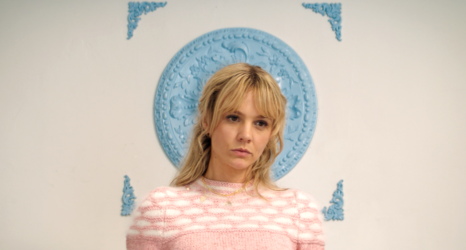 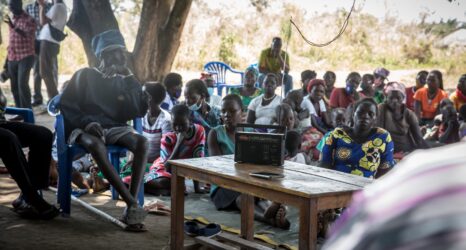