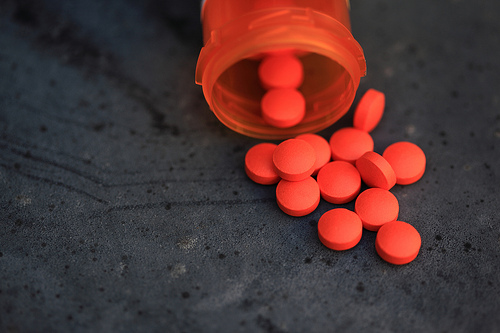 Why is a steroid meant for cows so popular among prostitutes in Bangladesh? The use of Oradexon, a steroid commonly used to make cows fatter, is so widespread that the UK charity ActionAid reports approximately 90 percent of the commercial sex workers in Bangladesh are addicted to the drug. Oradexon is favored by many brothel madams as a way to mask the real age of their younger child prostitutes–some as young as nine years old–while making their figures more voluptuous.

But the drug also conveniently serves as a cheaper substitute for food. In a country as impoverished and with as high malnutrition rates as Bangladesh, one can get 100 Oradexon pills for less than a $1.

Despite the popularity of the drug, the majority of the country’s estimated 200,000 sex workers remain unaware of its dangerous side effects, which include heart disease, kidney failure, osteoporosis and heart failure. The drug is also highly addictive and has intense withdrawal symptoms, such as skin rashes and migraines.

According to AFP, sex workers in Bangladesh are considered to be owned by brothel madams and have to repay their “purchase cost.” Sex workers themselves want to use Oradexon because the plumper they are, the more clients they get, and the closer they come to buying their freedom. Rokeya, a former sex worker, told AFP:

The drug is a sex worker’s only ticket to early freedom as it makes her attractive and helps her to get as many clients as possible.

So how can we get the drug off the market and out of the reach of these madams and their prostitutes? Not easily. AFP reports that despite legally needing a prescription for the drug, it is readily available in the teashops that populate Bangladeshi cities, and is often even cheaper than a cup of tea.

We are creating awareness amongst the sex workers about the drug’s side effects. We are also holding meeting with the quacks who are selling the drug. In addition, we are reaching the policy makers in drug administration and civil surgeons who can really keep track and play an effective role in stopping this.

You can learn more about ActionAid here.