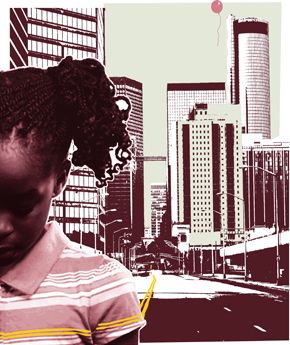 My article “Jailing Girls for Men’s Crimes” in the summer issue of Ms. cited a study revealing that hundreds of girls aged 17 and younger are sold for sex each month in Georgia. Well, the numbers are just in from a study of three other states: New York, Michigan and Minnesota. Sponsored by the Women’s Funding Network, the report documents high and increasing rates of commercial sexual exploitation of adolescent girls. The study tracked the sale of girls on the Internet and through escort services (although girls are also sold on the street and at hotels, which the study did not track).

Here are the numbers of sex-trafficked girls in May 2010 in these three states, and the increase over February 2010:

These numbers are shocking. To put them in perspective, the study compares the domestic sex trafficking of minors with other social problems such as teen suicide and cutting, breast cancer deaths and car accidents. Here are some sample comparisons:

Other points of note in the study:

But there’s some good news in the study as well: The rate of commercial sexual exploitation of girls in Georgia is down from 492 in February to 373 in May, a 24 percent decrease. Perhaps all the incredible activism in Georgia is paying off (get the new issue of Ms. to read more about that!).

This study is an important step toward gathering data to build a national picture of the scope of the commercial sexual exploitation of girls in the United States. The problem is clearly big and growing, but activism is growing too. Get involved.