The New Face of "Jane" in Chicago - Ms. Magazine
Skip to content 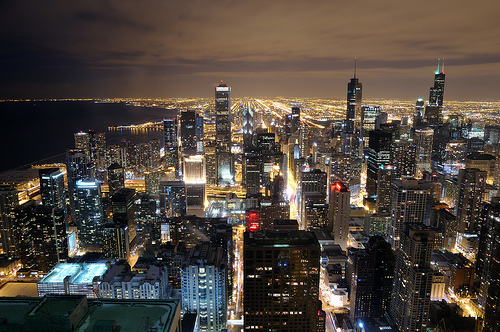 Forty years ago, the “best kept secret” in Chicago was a single phone line.

Women seeking abortions would call it and leave a message  for “Jane,” the code name for the now-legendary underground feminist service.

But their legacy lives on in Chicago, as I saw last week at the 25th Anniversary benefit for the Chicago Abortion Fund. Like the members of Jane, the tiny staff  of CAF works in the trenches at the most fundamental level of the pro-choice movement, all in response to phone calls from those with nowhere else left to turn. CAF’s mission is to help fund abortions for these girls and women, who lack access not because of the law but because of the cost. Since 1985, CAF has given more than 16,000 grants.

CAF indirectly grew out of Jane, as part of a loose web of interconnected women’s health-movement organizations. Accordingly, the CAF benefit honored Jane members, including the three who attended the event. That included Peaches Bass, who now lives in Maine. She wrote on her nametag, “when was the first day of your last period?” referring to one of the first questions she would ask callers to the Jane line years ago. Another “Jane,” now a nurse in Chicago, told me that she still uses the counseling skills she learned in Jane with her current patients, elderly male veterans. Finally, there was Judith Arcana, the Portland-based author of What if Your Mother, which includes dazzling poems about her work in Jane.

Gaylon Alcaraz, CAF’s executive director, noted the similarities of  her group to Jane. Both had a mission to educate women beyond the issue of abortion. Jane counseled women and gave them each copies of the then-revolutionary pamphlet, Our Bodies, Ourselves. In 2007, Alcaraz started the CAF “My Voice, My Choice” leadership group, made up of former grantees, to help empower them in other areas of life, such as jobs and housing. This is a major way CAF has stood out from other abortion funds, and now serves as as a role model for others.

Alcaraz, a charismatic veteran community organizer who re-energized CAF when she was hired in 2005, started the leadership group “to do something beyond the Band-aid. We can’t just say, ‘Here’s some money for an abortion’ and your life is fixed …Women bring their entire selves to the table. [They come] with all the other stuff that they have: childcare issues, economic [issues], domestic violence. …And if [these issues] don’t get resolved, then they might find themselves right in the same situation of needing the Fund again.”

Both Jane and CAF have planted many seeds for activism. Keeping with modern times, the leadership group even has a blog and regular call-in television show available on youtube. As many of Jane’s volunteers were made up of former women they served, CAF also trains its grantees to become local and national activists. The speaker at the benefit representing their grantees, Brittany, 26, had just returned from Washington, D.C., where she had helped lobby against the Hyde Amendment which has prohibited public funding for abortions since 1977.  Brittany talked at the benefit about how CAF “saved my life” when she called them three years ago for funding, feeling suicidal about how she would cope with a new baby and also continue to support the three children she was raising as a single mother. (Like her, most of CAF’s grantees are already mothers.)

Alcaraz, 42, a mother of two and grandmother of one originally from the South Side, says she can relate to the girls and women seeking help from CAF. She has had three abortions and has been on public aid. She knows they need basic help to even be able to attend meetings, such as being provided a public transit card. “When I meet them, I see myself,” she says.

As with Jane, a large part of the women served by CAF are low-income African American women. But African American women are also running things at CAF, whereas Jane was overwhelmingly white. And that provides a much-needed voice in the pro-choice movement, in Chicago and beyond. “When they go to these [pro-choice] conferences and see all these other people doing this work, they’re just like, ‘OK, where are the women that look like us?'” says Gaylon. “And so they really want to do it more.”