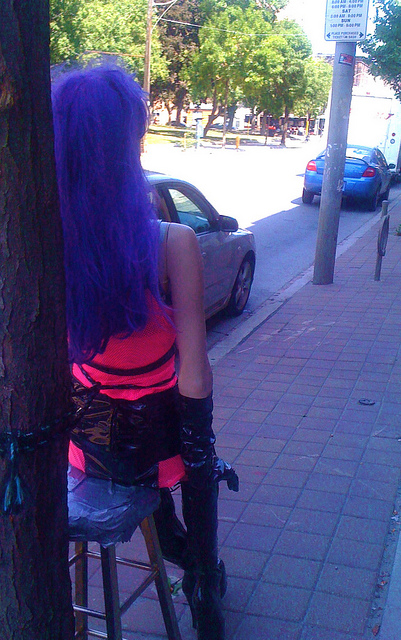 The provincial court of Ontario, Canada, struck down several key provisions that limit sex workers’ ability to work safely, a victory being hailed by sex workers’ rights activists. On September 28, three anti-sex-work laws were deemed “unconstitutional” and a violation of the Canadian Charter of Rights and Freedoms.

Justice Susan Himel, a high-level Ontario court justice (similar to a State Supreme Court Justice in the U.S.), said, “I find that the danger faced by prostitutes greatly outweighs any harm which may be faced by the public.”

The laws struck down in this landmark ruling are: Keeping a “common bawdy house”; communicating for the purpose of prostitution (including stopping cars or pedestrians, speaking to hotel or bar patrons or communicating with a client on a cell phone); and “living on the avails of prostitution” (this affects sex workers themselves, as well as live-in partners and family members who are supported by sex workers).

Prostitution itself is not illegal in Canada, but there are a number of federal provisions that criminalize aspects of the trade, making it extremely difficult–if not impossible–to engage in street-level sex work safely or legally.

The constitutional challenge was brought by three sex workers who argued that anti-prostitution provisions violated the Canadian Charter of Rights and Freedoms, which guarantees life, liberty and security of the person to all Canadians.

The anti-prostitution laws put sex workers in unsafe situations by preventing them from working indoors–which allows for security, screening and safety in numbers–through the “bawdy house” provision, and criminalizing communication with potential clients, making it extremely difficult to determine whether or not a “john” may turn violent.

Anti-sex work laws are prescribed by the federal government, thus a provincial court cannot make substantive changes to those laws. However, a province can determine how anti-prostitution laws are enforced in their region. Until this ruling, provinces have only used this power to restrict prostitution by making certain neighborhoods “no-go zones” for sex workers, or to justify heavier policing of sex workers and johns, especially for the purpose of protecting child prostitutes. Yesterday’s Ontario court ruling is the first time the provincial loophole has been used to effectively decriminalize sex work.