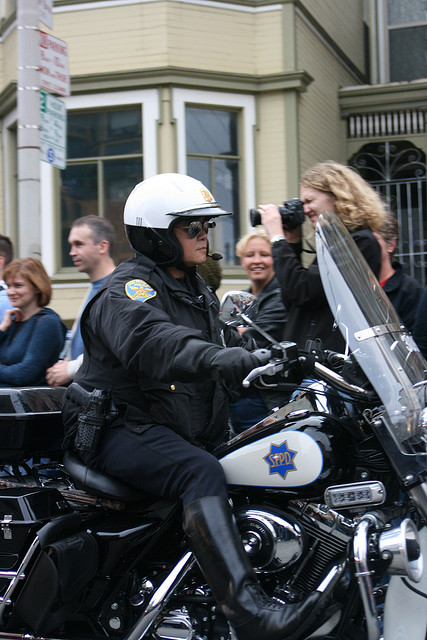 As the Fall TV season kicks off, I’d like to thank you for the growing number of women cast as cops, police detectives, medical examiners and lawyers over recent years (Megan Boone and Regina Hall in the new Law and Order: Los Angeles, Emmy-winner Kyra Sedgwick in The Closer and Emily Deschanel, Michaela Conlin and Tamara Taylor in Bones). Portraying women in law enforcement undermines the stereotype of women as victims, and promotes a vision of women as protectors and authority figures. However, I have one request: This season, could you please stop having criminals kidnap, torture and stalk my role models?

Again and again, when police characters are women, your shows blur the the line between cop and victim. TNT, your new Rizzoli and Isles offers a striking example. This show should be a feminist dream. The titular duo, Jane Rizzoli (Angie Harmon), a fearless, up-and-coming detective, and Maura Isles (Sasha Alexander), a brilliant, hyper-rational medical examiner, catch Boston’s most notorious criminals, including a Boston Strangler copy-cat and Beacon Hill’s most pretentious (and deadly) elites. Yet, in the critically acclaimed first season, Rizzoli is stalked and kidnapped twice, and flashbacks reveal a third kidnap, torture and attempted murder. Isles, meanwhile, is kidnapped by her hit-man father and threatened by various mobsters. All of this in just ten episodes. The collapse of the distinction between cop and victim is so glaring that Rizzoli addresses it outright, asking her former partner, Vince Korsak (Bruce McGill), how he can trust her capabilities after seeing her bound and tortured by a psychopathic serial killer.

While Korsak assures Rizzoli that her authority hasn’t been compromised, I’m not convinced. Watching policewomen become victims despite their physical and mental skills and advanced training only reinforces the myth that gender-based violence cannot be prevented.

These plot lines are all-too-common across all of your networks: Abby (Pauley Perrette) is rescued (by the men she works with) from a stalker on CBS’s NCIS; Sara (Jorja Fox) is kidnapped and trapped under a car in CBS’s CSI; Alex (Stephanie March) in NBC’s Law and Order is forced into protective custody after a slew of death threats; on FOX’s Lie to Me, Gillian (Kelli Williams) is attacked by a serial rapist but just in the nick of time, one of her male co-workers drives the creeper away. Of course men character’s lives are also on the line as they fight bad guys, but they rarely become victims of gender-based violence such as stalking, kidnapping, rape or torture. If characters like Rizzoli cannot prevent their own torture and attempted murder–despite being armed with both a gun and a detective’s badge–then why would the average woman viewer believe that she could protect herself?

These messages fly in the face of the growing evidence that self-defense decreases a woman’s chances of victimization. According to multiple studies, the rate of rape completion dropped from 45 percent to 14 percent when the woman utilized violent forcible resistance, especially striking. These plots, in contrast, reinforce the once-a-woman, always-a-potential-victim mentality.

To be fair, Rizzoli does execute an impressive escape in one of her kidnappings, using quick thinking and a well-placed taser gun. She’s not unusual: TV’s women cops often do rescue themselves. But the damage is already done. By blurring the line between victim and hero, these shows deny women characters in law enforcement their full authority, allowing these professions to remain apparently gendered. A male cop is a cop, these plotlines maintain, but a female cop is also and always a potential victim.

I want role models that are not victims at all–not even victims that are able to rescue themselves. Media representations shape and inform our perceptions of the world. And these, in turn, have the power to alter the reality of gender-based violence.

So please, network TV. Don’t give me anymore heroine/victims. Give me a policewoman–full stop.

Do you have a favorite woman crime-fighting character? A least favorite woman-victimizing plot line? Share your thoughts!
Photo from Flickr.com user nerdcoregirl through Creative Commons License 2.0