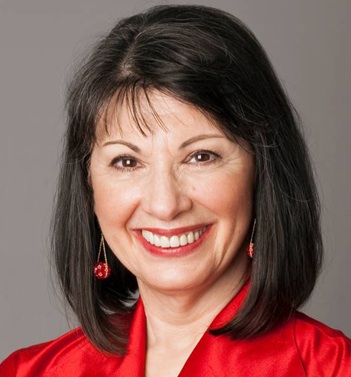 Women must be fearless in wielding power.

This is the point of Gloria Feldt’s new book, No Excuses: 9 Ways Women Can Change the Way We think About Power and Leadership (Seal Press). “The most confounding problem facing women today,” Feldt writes, is that doors of opportunity are open, but “not enough women are walking through them.” No Excuses points women toward those doors and then gives a firm, supportive nudge to move past internal and external roadblocks.

Women have made significant gains in the workplace, politics and education. Yet the job isn’t quite done. Women represent more than half the nation’s population but comprise less than 17 percent of Congress. In 2010, only 15 Fortune 500 CEOs are women, relatively few women become scientists and engineers, most media heavy-hitters are (white) men and barriers to pay equity in the workplace remain.

Data shows that inequality remains a serious issue, especially when ethnicity or skin tone is added to the gender mix. While we need paycheck fairness legislation and public awareness about discrimination, women must also negotiate and aim high. Feldt intends to change the contemporary landscape by encouraging women to “equalize power in politics, work and love.”

With the current recession, high unemployment rates and gendered dynamics that challenge so many interpersonal relationships, some wonder how women can really grab those reins of power, as Feldt suggests. At California State University, Long Beach, where I teach a course on Women and Power, my students are closely reading No Excuses. Facing graduation, uncertain economic futures and the challenge of blending power politics with social justice, they jumped at the chance to ask Gloria Feldt about her ideas. Here’s their Q&A:

The door is not always open equally to all women. Among other things, sexual orientation, race and immigration status impact opportunities for achieving power and leadership positions. How do you address this in No Excuses?

There are many reasons, like those you’ve identified, why women in the U.S. haven’t reached parity. But there are no excuses not to go forward with intention to accomplish what we want. Legal barriers are down. At least one woman has shattered almost every glass ceiling, and doors are cracked enough to get through them. We’re better educated than men. Studies show that more women around the decision table result in better decisions. Women have the very leadership skills the world needs right now. It’s women’s moment, but do we know it yet?

I don’t say it’s easy. I say it’s possible and that we have not just the capability, but also the responsibility to ourselves and our sisters to make it happen. So in No Excuses, I give women nine practical ways or “power tools” to help them become unlimited in work, politics and personal life. My role model is Sojourner Truth who though born a slave in the most powerless of circumstances became an influential leader for abolition and women’s rights.

Isn’t a woman who seeks power simply conforming to the systems that are already in place? Is it possible to achieve power without being co-opted by the status quo?

Yes, with power tool #2: Define your own terms first–before anyone else does. Women must change the outmoded patriarchal definition of “power over” to the expansive idea of “power to,” the power to accomplish good things in the world. “Power over” is oppression. “Power to” is leadership. Power over implies a finite pie. Power to affirms the infinite potential for human development. But power unused is power useless. In the chapter “Opt Out of Being Co-Opted,” I discuss how to avoid being co-opted by learning to embrace controversy.

We’ve seen so many instances of a powerful woman vilified by the mainstream media–or even by friends and family. She’s called a ball-buster, bitch and worse. How can women avoid being rejected by society in her efforts to gain power?

It’s been said of any profound social change that first they laugh at you, then they try to kill you and finally they accept you as normal. We’re on the cusp of women’s power and leadership being accepted as normal. Some will still vilify women. Righting that wrong is exactly why we must look those retrogrades in the eye and keep on moving forward.

Women must BE the media to change the media–as Ms. Magazine has done for decades. We need many more progressive women to create and lead media organizations. Meanwhile, the rest of us can pitch a fit at sexist media, as we call it at the Women’s Media Center where I serve on the board.

What is your advice to college students who want to work professionally in progressive organizations?

Pursue it with intention. Seek mentors. Do informational interviews to learn what the organization’s needs are and how you might fill them. Volunteer with several to test out your best fit. Don’t get cynical when they disappoint you.

Would you go on Bill Maher?
In a nanosecond. Can you make it happen?