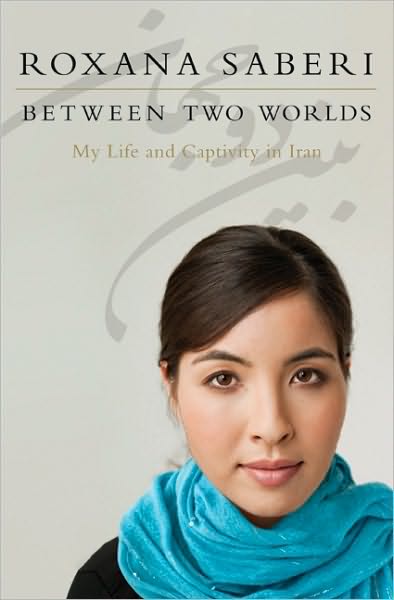 Memoirs by political prisoners shed light on a world unknown to most of us–a world of forced confession, threats and psychological torture. American journalist Roxana Saberi’s new “Between Two Worlds: My Life and Captivity in Iran”, an account of 100 days in Iran’s notorious Evin prison, serves as a small window into the closed world of Iran’s prisons.

Prison memoirs written by Iranians were long rare, only becoming popular when former political prisoners living in exile in Western countries began telling their stories. The resulting books–often written by women such as Shahrnush Parsipur (1994), M. Raha a.k.a. Monireh Baradaran (1997), and Effat Mahbaz (2008)–are important and necessary, but tend to recount events that are many years old and can sometimes be myopic in their focus on political divisions among prisoners.

With no factional axe to grind, Saberi’s English-language memoir provides a candid, timely look at the injustices suffered by prisoners of conscience within Evin’s walls. Saberi was arrested by Ministry of Information agents after living in Tehran for six years doing book research. (She could not have guessed that that book would become a memoir of imprisonment). Authorities accused her of “spying” and instigating “soft revolution”–charges for which many Iranian intellectuals, women’s rights activists and human rights activists have been and continue to be imprisoned–and incarcerated her in Evin.

The memoir details her ordeal in three parts. In the first, “Trapped,” Saberi’s interrogators demand that she confess to a crime she has not committed: treason against Islamic Republic of Iran. (Saberi is an Iranian American citizen, with a Japanese American mother and Iranian American father). Saberi is pressured to “cooperate” and become a spy for the Iranian authorities in order to be freed, techniques similar to those used to coerce confession from Iranian women’s rights activist Haleh Esfandiari, who has also written about her imprisonment in Evin.

The authorities tell Saberi that if she lies to the interrogators and fakes her confession, she will be freed. In the hopes of getting out, she makes up a story about a “Mr. D” who has paid her to spy for CIA. But she is not let go.

Part II, “Angels in Evin,” recounts the women Saberi meets in the Evin prison who have resisted psychological torture by their interrogators. Among them are family of members of the leftwing resistance group Mojahedin (which the U.S. lists as a terrorist group), Bahais (a religious minority not recognized by the Iranian state), a Christian woman, communist students, followers of “We Exist” (an oppositional movement spearheaded by a satellite TV anchorman in Los Angeles), and followers of El-Yasin’ (a spiritual/cultural organization that encourages people to “interpret the words of God themselves”).

Encountering these prisoners is a source of solace and inspiration for 31-year-old Roxana, who has never experienced prison. They give Saberi the courage to take back her false confession about “Mr. D.”

When the magistrate asks Saberi why she has recanted the story, Saberi cites a verse from the Koran, “If you tell the truth, you may suffer, but in the end you will prevail.” Ironically, then, it is Saberi’s faith in Koran that leads her to stand up for her right and demand justice in the most notorious prisons of the Sharia-law governed Islamic Republic of Iran.

Part II, “The Trial,” about her court proceedings, sheds light on the internal divisions in the Iranian judiciary: between hardliners and reformers, and between Iran’s hardline Revolutionary Court and other Iranian courts. The latter lack independence and have lost power since the controversial presidential elections of June 2009.

Eventually, after a call for Saberi’s release by President Obama, followed by a statement of concern by Iranian President Mahmoud Ahmadinejad that she had not received “due process,” an appeals court commuted Saberi’s sentence and she was released on May 11, 2009.

Ultimately, Saberi’s memoir brings us up-to-date on the state of Iran’s prisons, and the picture is grim. Those who survived imprisonment in the first decade of the establishment of Islamic Republic of Iran (1979-1989), especially after the mass execution of 4,482 political prisoners in the summer of 1988, told a harsh tale of prison brutalities. However, by 2008, though Iran still topped of the list of countries with highest rates of capital punishment, the status of political prisoners had slightly improved. Then the June 2009 post-election crisis brought a new crackdown, of which Saberi’s experience is indicative.

“Between Two Worlds” reminds us once again of the crucial role the international community plays in setting prisoners of conscience free. The international outcry over Saberi’s case, partly due to her dual-citizen status, saved her life. One hopes this will soon be said about Iranian women’s rights and civil rights prisoners in prison now–Nasrin Sotoudeh, Mohammad Oliyaifard, and Saeid Zeinali’s mother, to name a few–so another prison massacre like that of 1988 will never happen again.