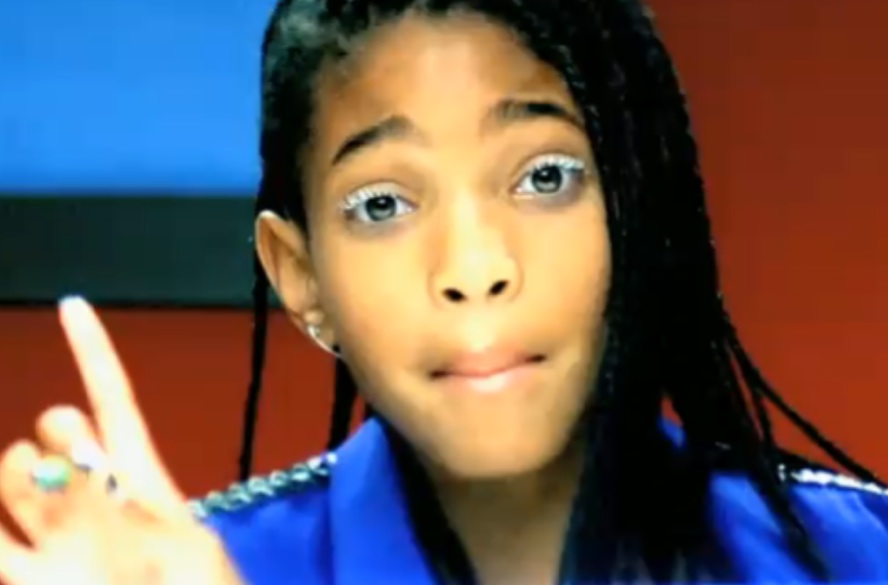 There has been quite the response–supportive and enthusiastic–to Sesame Street‘s ode to loving black girls’ hair, and it’s deserved: Not since bell hooks’ children’s book Happy to Be Nappy has there been such an enthusiastic celebration of black hair for kids.

For so many of us black women, who grew up with external messages informing us that something was not quite right with the hair that grew out of our scalps, a black girl Muppet expressing unbridled joy over her natural hair is a sight to behold and treasure. Indeed, some of us who were constantly told that our hair in its natural state needed to be tamed, “relaxed” and straightened will admit to shedding tears of happiness. Affirmation in mainstream media–at last! For a moment, I felt that prepubescent freedom from a racialized, sexualized self-image that Toni Morrison describes so well in The Bluest Eye:

Guileless and without vanity, we were still in love with ourselves then. We felt comfortable in our skins, enjoyed the news that our senses released to us, admired our dirt, cultivated our scars, and could not comprehend this unworthiness.

Few, however, have remarked on another celebration of young black girls’ hair–the recently released music video for 9-year-old Willow Smith’s new single “Whip My Hair.” It features Smith (daughter of Will Smith and Jada Pinkett, if you didn’t already know that) swinging her hair with sass, bravado and “swag.”

I get a real kick out of seeing this young artist demonstrating riotous “Black Grrl Power” as she walks into a drab, white classroom (let’s not miss the racial metaphors there) sporting some rainbow-colored fashion and, my favorite part, dipping the ends of her long braids into pots of paint and letting loose. Her braided extensions serve as paintbrushes that disrupt and literally “color” the learning environment. Where did this young girl learn such boldness? Where can I sign up?

It is a boldness accompanied by a very real racial and gender political statement. While Willow Smith’s video references only the symbolic way black girls can enhance the multicultural classroom, there are real-life examples where black girls who “disrupt” such spaces incur social, political and psychological damage. In June, controversy erupted when a white grade-school teacher in Seattle, Washington removed a black student from the classroom, claiming the student’s Afro (and the hair product used to maintain it) made her “sick.”

Or observe First Lady Michelle Obama, who took out Malia’s and Sasha’s cornrows and straightened their hair in time for the Democratic National Convention, only a month after the controversial 2008 New Yorker cover satirized Michelle in a militant Afro.

When black mothers feel they must “protect” their daughters by assimilating their looks to assuage the fears of a white population, Willow Smith’s “Whip My Hair” offers a witty answer. When a black father like Chris Rock embarks on a misguided film to find out why his daughter wants long, straight “good hair,” portraying as neurotic black women’s tendencies toward relaxers and weaves (thereby ignoring the historical basis and wider racial and gender politics informing their behavior, not to mention the pressures that black fathers like himself place on their wives and daughters to “look good”), “Whip My Hair” defies the internalized messages of white beauty and femininity that both black men and black women have embraced. As she sings while sporting a variety of diverse hair styles, wigs and colors:

A viral video remix of  “Whip My Hair” and Sesame Street‘s “I Love My Hair” captures the common thread in the two:

It is inevitable that black girls–and girls in general–must negotiate the transition between the love and appreciation they receive as girls and the contempt and vitriol they will encounter once they gain curves. Girls need our encouraging and affirming responses to help them through healthy and self-assured transitions into a womanhood still fraught with the racism and misogyny of the larger society.

If our girls can take the lead from Smith and Sesame Street and proclaim “comfort in their own skins” and love for themselves–especially their hair–they have already won half the battle. May they transition into womanhood with the same confidence.

Screenshot from “Whip My Hair”