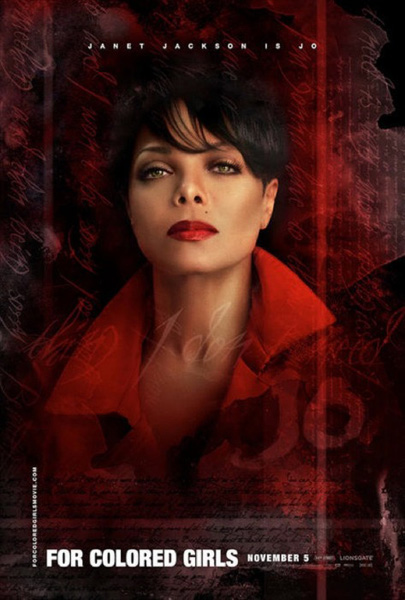 The Tyler Perry film version of Ntozake Shange’s For Colored Girls opens this coming week. What better moment to consider the representation of black women in popular U.S. culture. Forgive us if we cringe in anticipation …

I was talking to my homegirl the other day about why she hadn’t yet seen the movie Precious: Based on the Novel Push, by Sapphire. I joked that she should stop being scared and go ahead and “Netflix it,” knowing full well that she had refused to see it when it was in theaters based purely on how anxious and depressed she became whenever she saw a trailer for it. Precious is the story of an illiterate, desperately poor and morbidly obese young black woman (Gabourey Sidibe) who is molested by her welfare-hustling mother (Mo’nique) and has given birth to two children by her rapist father. By the film’s conclusion, “transformed” by her association with a teacher who encourages her to learn to read, she manages to crawl to what I would call the second circle of hell: a group home where she is able to have full custody of her two children (one with cerebral palsy). That’s it. She is allowed entry onto the next floor of a seemingly endless house of dejection and pathology.

In 2009, after former first lady Barbara Bush screened Precious at her home in Houston, she responded to the film in Newsweek as if it were a documentary on black life. She went on to tell NPR in an interview–speaking of using the film as impetus to revitalize her literacy project–“The movie is so strong and so honest.”

This is what the portrayal and resulting internalization of black women as “phobic objects” is meant to do: offer symbols meant to trigger fear and/or revulsion in the consciousness of a racist culture. We’re portrayed in ways that are less about our humanity and the nuance of our unique experience than about being the foils upon which the value of whiteness is solidified. The other purpose of such portrayals is to create revulsion in the psyches of black women, so that we learn to mistrust and even hate the images of ourselves, both “real” and imagined.

In The Same River Twice: Honoring the Difficult, Alice Walker’s memoir about the making of her novel, The Color Purple into a film, she observed,

I belong to a people, heart and soul, who do not trust mirrors. Not those, in any case, in which we ourselves appear. …Our shame is deep.

The shame that Walker identifies, so intermingled with rage and profound pain, is akin to the “trauma of representation” spoken of in On Black Men by cultural critic David Marriott. This trauma occurs when black people internalize the racist fantasies the dominant culture creates and disseminates about us in photography and film.

What happens when black women are not allowed the opportunity to control the myriad cultural images that speak so intimately about us? When there isn’t any space for us to “dream ourselves differently” from a cultural narrative rooted in a history of slavery, racism and male domination?

It doesn’t make representations of black women any less abominable when they are brought to the screen by black people. Precious was directed by Lee Daniels and produced by media moguls Tyler Perry and Oprah Winfrey. Both Daniels and Perry have been accused of creating demeaning and stereotypical depictions of black women, a charge that suggests the internalization of phobic representations is a phenomenon that knows no gender or racial boundaries. As the proverb goes, when the ax came into the forest the trees said, “the handle is one of us.”

Tyler Perry’s For Colored Girls is a fitting catalyst to address these concerns. Often regarded as one of the most important works of fiction by a black woman, Ntozake Shange’s, For Colored Girls Who Have Considered Suicide/When The Rainbow Is Enuf is a story that speaks to the lived emotional experiences of African-American women. The total control of its production by the inimitable Perry will perhaps be another example of our ability or inability to image ourselves. Whether he gets the presentation of this story wrong or right, we must still be adamant in our questioning of who in this culture is allowed, through access and privilege, to tell the stories and control the representations of black women.