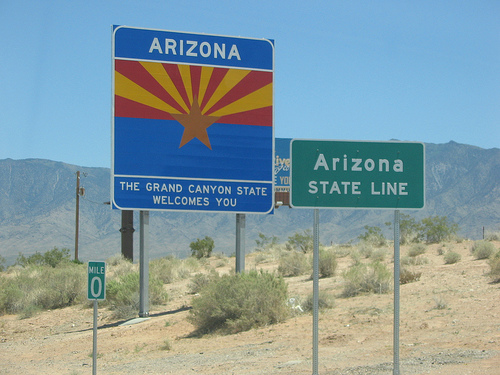 It’s a simple political calculation: If you want to stop women from getting abortions and you can’t ban abortions outright, then limit the number of people qualified to provide them.

In Arizona, after clearing a legal hurdle in the Maricopa County Superior Court, a new law is poised to further obstruct access to abortion in the state. Passed in April, the legislation requires that a doctor perform every medical procedure tied to the termination of a pregnancy–including all pre- and post-operation procedures.

On the surface, this legislation sounds reasonable enough–why wouldn’t you want qualified professional handling your abortion? So goes the argument of the anti-abortion group backing the law, the Center for Arizona Policy.

However, Planned Parenthood Arizona, both a major medical provider and an abortion-rights advocate, says the law has little to do with protecting a woman’s health and a lot to do with limiting women’s overall access to abortions. Under the legislation, doctors are responsible for all the stages of pre- and post-abortion care, from determining the gestational age of the fetus to remaining on the hospital or clinic premises until the patient is ready to leave. According to Planned Parenthood Arizona, these restrictions are not medically necessary. Instead, they just create another medical bottleneck, limiting the number of qualified care providers and potentially forcing women to have abortions later in their pregnancies, which increases health risks.

While these provisions are newly-enacted, the law was originally passed ten years ago in the wake of an abortion-related death. Over the past decade, the law’s implementation was blocked by various legal challenges, and nurse practitioners continued to provide pre- and post-abortion care, as well as medical abortions (the administration of drug RU-486) and some early-term abortions. This past April, however, the state finally approved the legislation. Planned Parenthood filed an objection in October–but it was too late.

Ultimately, the judge refused to block the legislation based on Planned Parenthood’s late filing date, not on the merits of the group’s protest.

Planned Parenthood issued a statement against the court’s action:

These laws will do nothing to make abortions safer but will end up making some women wait longer for an abortion because of the difficulty to find physicians who can fill in for specially trained, highly capable nurse practitioners.

Like other providers, Planned Parenthood is already short-staffed. Now the pool of medical personnel qualified to terminate pregnancies may dwindle further still. Ultimately, the legal right to an abortion means little when services are nowhere to be found in your community. According to the Guttmacher Institute’s research on abortion access nationwide:

Imagine driving across the state to end an unwanted pregnancy, only to be told that the doctor is not in. Or imagine being the one who has to tell that woman to come back some other day–and then watch as she walks dejectedly out the clinic door.