What the Ever-Popular "Exorcist" Says About Female Sexuality - Ms. Magazine
Skip to content 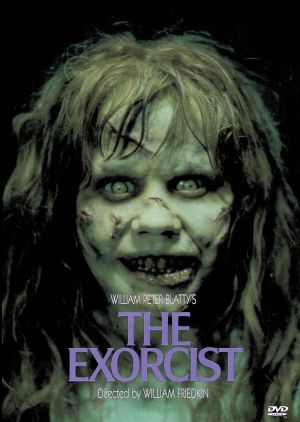 Keeping with the post-Halloween, post-election spirit, a freshly revamped version of The Exorcist has reared (or perhaps rotated) its ugly head for our viewing pleasure–this time as an extended director’s cut on Blu-ray. Director William Friedkin prefers not to call his 1973 movie a “horror film,” but rather, reaching for a more transcendent term, a “theological thriller”. Maybe the audience members around the world who have variously thrown up, convulsed or fainted watching this film were merely experiencing a good old “theological thrill,” but doesn’t that strain credibility just a bit? Instead, the longevity of this film’s appeal and its powerful impact on viewers suggests that, like many successful horror stories, it taps into pervasive subliminal anxieties buried deep within our cultural unconscious. Unfortunately, what these anxieties reveal about our society is scarier than the film itself, because they are fueled by misogyny, xenophobia and the fear of a new generation rising up to take the old one’s place.

Ostensibly, The Exorcist portrays the archetypal struggle between good and evil, faith and apostasy, through the story of Father Karras (Jason Miller) and his spiritual contest with the devil. But setting aside the metaphysical gravitas, it would be equally accurate to summarize The Exorcist as the terrifying story of a young girl who becomes unbearably ugly. Which description digs deeper into the heart of this film?

After seeing the movie at a sleepover, my friend’s daughter tried to avoid mirrors for  a month. Considering the world of teenage girls, where looks can be more important than they should be, I doubt her reaction stemmed from cosmic angst. Many critics however, would stick with a religious interpretation of the film.

John Whitehead, founder of the influential right-wing Christian legal center, The Rutherford Institution, enthuses that the film “effectively halted the death-of-God movement that emerged out of the late 1960s.”  The Exorcist currently occupies the number one spot on his list of top ten horror films.  Earlier, when a re-released, more religiously infused version of the film appeared in 2000, Whitehead wrote an editorial to the Los Angeles Times (reprinted here) applauding The Exorcist for providing an “optimistic message: that people can transcend this world and reach a spiritual level dominated by good.”

Are we feeling good yet? If not, it could be because this upbeat perspective misses both the fear of female sexuality and of youth the story provokes. Consider the following snippet of dialogue between the two principle male characters, Fathers Karras and Merrin (Max Von Sydow), as they try to understand the horror writhing on the bed before them.

Karras:  Father, what’s going on in there? What is it? If that’s the devil, why this little girl? It makes no sense.

Merrin:  I think the point is to make us despair, Damien, to see ourselves as animal and ugly, to reject the possibility that God could ever love us.

Why a little girl? The little girl in question, Regan (Linda Blair), is not so little. Significantly she is 12, right on the brink of puberty and, perhaps more threateningly from a male perspective, sexual awakening. Soon after her “possession” she spews language foul enough to shock a sailor and becomes impossible to reason with. Sound familiar? To anyone parenting a teen it might. Heightening this horror of female adolescence, the “little girl” masturbates with a crucifix. And then there’s her appearance: face cracked and cankered, a grotesquely vivid exaggeration of that alarming condition that makes teens seek out any acne-fighting potion they think might work.

The film also treats us to a display of Regan’s various body fluids, including lots of gross-out menstrual blood. Consistent with other changes related to young adulthood, when Regan speaks she no longer sounds like herself but, instead, a chorus of sibilant voices issue forth from her. The devil possessing her is not just one being, we learn, but rather a plurality or host of demons. The idea that a multitude of voices now eclipses hers, metaphorically evokes yet another distressing aspect of adolescence–that contradictory time when children individuate from their parents but, ironically, seem to surrender all sense of self to peer pressure. As the film unravels, the text begs the question, “Why is there evil in a world God created,” while the subtext asks, “Is there anything more terrifying than a teenage girl?”

Some have argued that the real subject of The Exorcist is not really Regan at all but the exorcist himself, Father Karras. It is his soul the devil wants and his crisis of faith that makes him vulnerable to the Demon’s outrages. Regan, from this perspective, serves as mere meretricious bait. (Is this why Linda Blair’s Academy Award nomination was for “best supporting actress?”) But even Karras’ storyline reveals anxiety about women’s sexuality.  In that one unforgettable, cringe-worthy line (frequently parodied as, “your mother sews socks in Hell”) the Devil, speaking through Regan hisses, “Your Mother sucks cocks in hell, Karras!” Really? That’s her punishment? Not, “Your mother does endless loads of laundry or dishes in hell?” Karras’ reaction to this taunt reveals his deep-seated Madonna/Whore complex–could someone’s mother also have a sexual identity? Watching this film, it always feels like this primal shocker, more than any other development, is what makes Karras go mad, surrender his soul and plunge out the window to his death.

The implicit fear of women and their sexuality in this film can perhaps be understood as the subliminal backlash from some of the profound cultural changes occurring throughout the decade of the ’70s. The Women’s Liberation Movement and the sexual revolution were in full swing. Gloria Steinem co-founded Ms. magazine. Mary Tyler Moore had her very own apartment. On the darker side, some notorious counterculture femme fatales emerged–young girls from affluent homes who seemed possessed after falling under the influence of manipulative cult leaders. One year after The Exorcist debuted, Patti Hearst morphed into the SLA’s gun toting Tania, and a few years earlier, Susan Atkins took part in the grisly Charles Manson-directed murders. Several other horror films from this era are also both fearful of and punitive towards their female protagonists, the short list including Rosemary’s Baby, Carrie, and The Stepford Wives.

The fear of youth inherent in The Exorcist almost certainly also stems from the societal upheaval taking place when it was written. In the ’60s and the ’70s, there was much talk of the “generation gap,” as young people resisted the status quo and reached for social justice through student protests, free speech movements, antiwar crusades and more. The paranoia that a new rebellious generation might rise up and displace the old establishment might explain why Regan shows no signs of character development after her ordeal. The Exorcist is no coming of age tale, but instead appears to be more of a coming of age derailed: Regan is neither empowered nor enlightened by her experiences. After she is finally free of the devil, she hides away, to live her life in sequestered oblivion, unable to even recall the violence that has been perpetrated on her (both by the demon and by Father Karras, who in his anger nearly chokes her). The message is that wayward youth should be brought back into societal compliance by any means necessary, and after that, it is probably best for them to be seen and not heard.

Predictably, perhaps, a film that exhibits this much anxiety about women and youth, is also rife with xenophobia. One of the scariest aspects of The Exorcist involves the setting–an everyday, familiar neighborhood in Georgetown. How could such horrific occurrences happen right here in modern America? In the opening sequence of the movie, filmed in Iraq, Father Merrin stands before the statue of an ancient Mesopotamian demon, Pazuzu. En route to confronting this demon, the goodly Father’s misadventures include walking past a row of Muslims bent in prayer, encountering an Iraqi blacksmith who glowers at him hauntingly with one disfigured eye, and being nearly run down by a maniacal, withered old woman driving a horse-drawn cart. These scenes suggest that the terrors visited upon Regan’s ordinary American household first emerged in a Middle Eastern land of  scary “Others,” where, presumably, unchecked evil was free to fester amid superstitious and misguided masses. Could these scenes be part of the reason General Petraeus wanted to arrange a special screening of the film for our troops in Iraq?

The Exorcist does not provide a spiritually uplifting message. Instead, it reflects the paranoia of a Western male-dominated society resisting changes that increasingly include the voices of those previously unheard: women, young people and members of our larger global world. When that paranoia is exorcised, the film might lose its power over viewers.  But for now, its continuing popularity suggests that even in our allegedly post-feminist, post-racial world, that doesn’t seem to be happening any time soon.

Poster of the film The Exorcist.