For Colored Girls: The Reviews Are In - Ms. Magazine
Skip to content 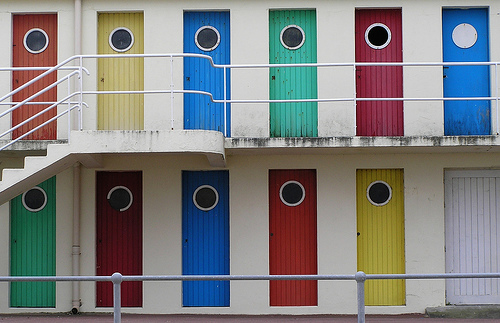 The 70’s saw an efflorescence of works by and about African American women, spurred by the overall women’s movement. Black women have always been telling their stories, whether in formal literature–see Harriet Jacob’s Incidents in the Life of a Slave Girl from 1861 or Ann Petry’s The Street from 1946–or around kitchen tables or in beauty parlors, but contemporary works had a transgressive quality that was thrilling. You expected slave narratives to showcase the depredations of white masters and mistresses; these books, with heroines often oppressed by black husbands, fathers and boyfriends, were tales told out of school.  As Terrie Williams writes in Black Pain, “From girlhood on, women develop a vocabulary of suffering that has no parallel in the world of men.” Among those writers who used this vocabulary with brilliance, of course was Ntozake Shange in her iconic “choreopoem” For Colored Girls Who Have Considered Suicide/When the Rainbow is Enuf, now Tyler Perry’s major motion picture.

Responses to the film have been a mixed bag. Manhola Dargis of The New York Times liked it, Roger Ebert didn’t, though he didn’t hate it. Bill Gibron of PopMatters gave it a positive; Cynthia Fuchs of the same site didn’t. Suzanne Rust, writing for The Grio, liked it. Teresa Wiltz of The Root was not happy: “It is, in a word, awful.”

The audience I saw it with was enthusiastic, though, frankly, it was made up of friends and supporters of Shange. Still, during the Q&A, author Terry McMillan admitted that she didn’t expect to like the film and was pleasantly surprised. The older black women I interviewed last week at the local multiplex liked it, as did the older black women in my laundry room. Like McMillan, I was surprised that I liked it, since I didn’t think it could be made by a director like Perry, whose works tend toward broad comedy and melodrama. And even here Perry isn’t subtle, with the screen filled with extreme close-ups of his cast of wonderful actresses doing what Oprah calls “the ugly cry.”

One of the big controversies of the film is that the men, with the exception of Hill Harper, who plays the husband of Kerry Washington’s character, are creeps and miscreants, to put it lightly. Indeed, Mychal Denzel Smith of The Grio wonders if Perry has a problem with black men. Think so? Some folks are worried that the wider community will think these guys are typical of all black men. This didn’t trouble me too much, since racists are always going to think the worst–even a brother as upstanding and cerebral as President Obama can’t get a break when he’s depicted on those Tea Party posters with a Hitler ‘stache or as The Joker. Maybe the horribleness of For Colored Girls’ men is shorthand for the impossibility of black men expressing their pain. “How can you feel pain that you can’t name?” writes Williams in Black Pain. “Denial … all but forces Black men to destroy themselves and take their loved ones down with them.” It’s probably not an accident that Kimberly Elise’s boyfriend in the film is a veteran suffering from PTSD.

Unlike Shange’s poem, the film isn’t challenging, though it’s ultimately uplifting. But as bell hooks says, “we need more than merely positive images, we need challenging images … The function of art is to do more than tell it like it is–it’s to imagine what is possible.” (I still have the clip of hooks’ hilarious, insightful and very barbed take-down of the film of Waiting to Exhale from The New York Times in 1996.)

For Colored Girls is neither a masterpiece nor a paradigm shift. But it’s useful. People will talk about it for a while, then it’ll settle into that part of our brain where we keep our lesser cultural mile markers, and we’ll remember it when something truly groundbreaking comes out.