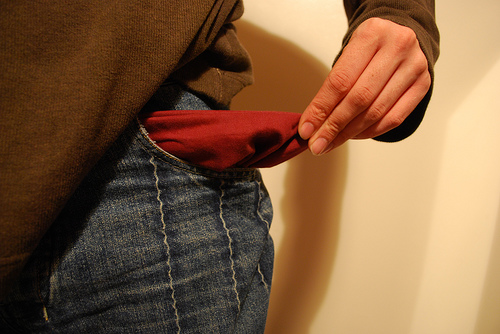 The U.S. Senate failed to pass the Paycheck Fairness Act this morning, provoking anger and disappointment from women. According to the National Committee on Pay Equity, women still make just 77 cents to men’s dollar.

Eleanor Smeal, president of the Feminist Majority, said, “Women’s groups all over the country will be working to ensure that this bill is voted on again and again until it passes.”

On a vote of 58-41, the Act–designed to close loopholes in the 1963 Equal Pay Act–was blocked from even coming to the Senate floor for an up or down vote. The bill had passed the House on January 9, 2009.

Apparently, my Republican colleagues would rather continue giving tax breaks to CEOs who ship American jobs overseas than ensure that women in Nevada and across the nation are paid the same as men for doing the same work. Senate Republicans had their latest opportunity to do the right thing, work with Democrats to reduce wage inequality for women, and help the American families they support. This was a prime opportunity to enact the kind of common-sense, bipartisan solutions to our economic problems that the American people are demanding, but Republicans spurned it.

President Obama also expressed frustration, saying he was “deeply disappointed” by the vote.

Given the current economic climate, the Paycheck Fairness Act is needed now more than ever. Nearly 40 percent of American families rely on women as the sole breadwinners–a reality that President Obama recognized when he declared:

Equal pay is by no means just a women’s issue—it’s a family issue. … And in this economy, when so many folks are already working harder for less and struggling to get by, the last thing they can afford is losing part of each month’s paychecks to simple discrimination.

Moreover, the extent of the discrimination is even worse for women of color. As Secretary of Labor Hilda L. Solis reports, the wage gap for African American women is 69 cents to men’s dollar. For Latina women, it’s a mere 60 cents to men’s dollar–a figure disturbingly close to the 59 cents that women made, compared to men, back in 1963 when the Equal Pay Act was enacted.

But the battle is not over. As President Obama said, “Despite today’s vote, my Administration will continue to fight for a woman’s right to equal pay for equal work.”

Want to add your name to our President’s in support of  equal pay? Sign this petition and make your voice heard.