What Would Susan B. Anthony Say? - Ms. Magazine
Skip to content 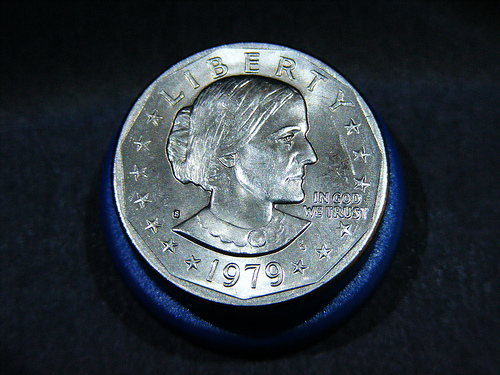 One thing we weren’t thankful for on Thanksgiving: Just prior to the holiday, Republican anti-abortion candidate Ann Marie Buerkle squeaked to victory in the close battle for New York’s 25th district House seat.

How did the super-conservative Buerkle triumph over a seasoned incumbent in a Democratic-leaning district? A modest helping of Tea Party support bolstered her candidacy, but Buerkle’s most vocal backers may have been a less well-known but just as vicious crowd of nuts: the Susan B. Anthony List.

The anti-choice SBA List sprang into the spotlight in May after Sarah Palin coined the phrase “mama grizzly” at a fundraising breakfast sponsored by the group. (Apparently, SBA List members are particular qualified for that illustrious distinction.)

The group’s clout is on the rise: SBA List donations jumped 50 percent from 2007 to 2009, and Buerkle’s victory marks the organization’s eighth win in the 2010 midterms.

With a growing financial base and strong support from Palin, it doesn’t look like the SBA List will be falling off the national stage anytime soon. So it’s worth it to take a look at the group’s founding premise and set the record straight.

In this year of fantastically proportioned historical revisionism–the Tea Party’s version of 18th century colonial resistance, Glenn Beck’s co-opting of Martin Luther King Jr.’s politics, Christine O’Donnell’s take on the Founding Fathers’ feelings about church and state–the Susan B. Anthony List fits right in. Crusading as the anti-choice answer to EMILY’s List, SBA List claims to have most of the “early feminists” on its side–suffrage activists such as Alice Paul, Elizabeth Cady Stanton and, most notably, Susan B. Anthony.

The group’s website declares, “Our organization works in the spirit and tradition of the original suffragettes. Susan B. Anthony herself called abortion ‘child murder.'”

However, according to Anthony scholars Ann Gordon and Lynn Sherr, that tidbit is taken wildly out of context:

The bits of information circulating on the Web always cite “Marriage and Maternity,” an article in a newspaper owned for several years after the Civil War by Susan B. Anthony. In it, the writer deplores “the horrible crime of child-murder,” and signs it simply, “A.” Although no data exists that Anthony wrote it, or ever used that shorthand for herself, she is imagined to be its author. The anti-abortion forces also ignore the paragraph in which the anonymous author vigorously opposes “demanding a law for its suppression.” In other words, the article opposes the criminalization of abortion and was written by someone other then Anthony. Untold? Unproven.

Moreover, Gordon and Sherr say, Anthony rarely even addressed the topic of abortion:

The only clear reference to abortion in Susan B. Anthony’s writings, recently discovered by Ann, was quickly fitted into the anti-abortion narrative. After a visit with her brother, Anthony remarks in her diary that her sister-in-law aborted a pregnancy, things did not go well, and the woman was bedridden. Anthony concludes, ‘She will rue the day she forces nature.’ Clearly Anthony did not applaud her sister-in-law’s action, but the notation is ambiguous. Is it the act of abortion that will be regretted? Or is it being bedridden, the risk taken with one’s own life? At most, the quotation amounts to private disapproval within the family, unlikely to be voiced to her beloved relative. But there is no hint that this is a social problem or a political matter.

In fact, 19th-century suffragists tended to avoid the issue of abortion, since–as a political hot potato during a time when the procedure was still extremely risky–it might have derailed their push for voting rights. And according to Gordon, Anthony was particularly reticent about sexuality-related topics, which were widely viewed as off-limits for unmarried women at the time.

Like many of its partners in crime, the SBA List has predicated its brand on shaky history. As it climbs higher on the ladder of influence, sprinkling false facts about abortion and about the origins of feminism in its wake, it’s crucial that we reexamine its claims at every step. Moreover, women aligned with the SBA List often rail against anti-discrimination laws, oppose the separation of church and state and supply religious rationales for their legislative positions, all moves that would have the real SBA doing somersaults in her grave.

No amount of suffragist name-dropping can substitute for advocating policies that actually benefit women.

Photo of Susan B. Anthony coin from Flickr user Mickey Glitter, under license from Creative Commons 2.0