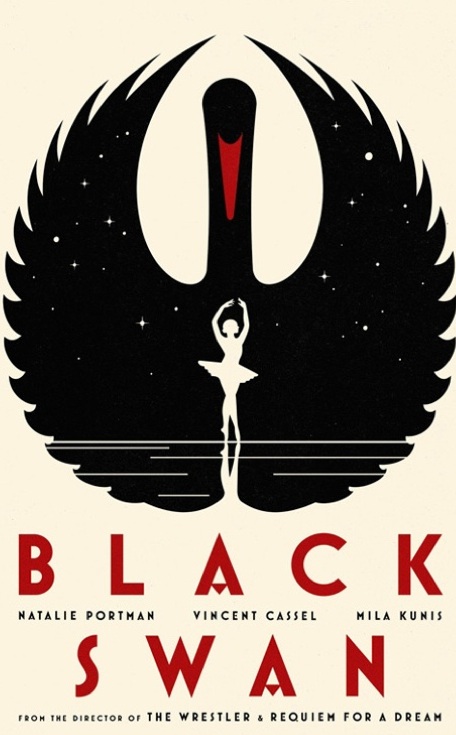 From now on, when someone claims that they were on the “edge of their seat,” I will always think of director Darren Aronofsky’s newest film, Black Swan, opening nationwide December 3. By the time the credits rolled, my hands were sore from gripping the armrests and my body protested with audible pops as I stood to exit the theater.

Black Swan is a top-form thriller–visceral, moving, and stunningly beautiful–but it’s also a film about the darkness our own minds conjure up when we’re overwhelmed by ambition. Aronofsky, whose other recent films (The Wrestler, Requiem for a Dream) evidence a similar fascination with the intense humanity and obsessive desires of his characters, brings us, with Black Swan, a powerful and poignant glimpse into the fever dream of a perfectionist ballerina. However, there are moments when his narrative falters and when it feels like the director’s pandering to a mainstream audience that may not actually need to be seduced.

On the surface, Black Swan seems like a story we all know. Nina (played brilliantly by Natalie Portman) is a ballerina in the New York City Ballet, anxiously awaiting her turn to dance the coveted lead in Swan Lake, a role that requires both the fluid grace of the White Swan and the predatory focus of her evil twin, the eponymous Black Swan. During her audition, Thomas  (Vincent Cassel), the dictatorial and disconcertingly suave company director, tells Nina that while her White Swan is perfect she lacks the abandon and drive necessary for the Black Swan. We should recognize this as foreshadowing of events to come; the film is nothing if not a testament to the power and danger inherent in the loss of innocence and control.

Through an act of uncharacteristic aggressiveness that impresses Thomas, demure Nina is cast as the lead, much to the tragic despair of aging ballerina Beth (Winona Ryder), who is forced into retirement. Nina is also, not surprisingly, faced with a rival at the company, her understudy Lily (Mila Kunis), who does not share Nina’s difficultly merging balletic grace with an ability to lose a little control on stage. Nina’s mother (Barbara Hershey) also complicates matters–as much as she desperately wants her daughter to succeed, she also wants her to remain under her wing, never straying from her rules or breaking away from the disturbingly childlike role the adult in which Nina finds herself trapped while living in her mother’s apartment.

It is difficult to do this film justice without giving away the ending, so I will say this instead: All is not what it seems. Unlike other films in which a merging of dreams and reality becomes hokey or annoying, Aronofsky shifts Nina’s perceptions so seamlessly and quickly that, even at the end of the film, it is never quite clear what she imagines and what is real. Even with Nina’s rival, who seems kind and supportive or vicious and undermining at turns, it’s never clear who is the real Lily: Nina’s vision of her or ours. It’s this uncertainty that sets Aronofsky’s film apart from countless other narratives in which female dancers compete for a role under the controlling gaze of a male director.

While in some ways the male position of power in Black Swan is undermined or turned on its head, in other ways it is still oppressively present. Likewise, Nina’s loss of innocence–her transformation from girlish purity (the words “frigid” and “prude” are used several times to describe her) to a sort of predatory power in her dancing and beyond–doesn’t read as a typical “loss of innocence before the fall” narrative. Her so-called purity at the beginning of the film is, in fact, so disturbing, bound as it is to her mother’s skewed vision of her as still a little girl, that I found myself rooting for her corruption. This puts the viewer in a troubling position, one that may be manipulated but is nevertheless compelling.

On the other hand, there are moments when the viewer’s voyeurism is over-endowed, and these are the moments that feel most like Aronofsky pandering to an imagined audience of moviegoers who will only watch a dance film with the promise of several sex scenes thrown in–including, among others, the incredibly gratuitous and exploitative girl-on-girl encounter hinted at in the film’s trailer. While not entirely out of context for the narrative, the way these scenes are shot exploit and objectify Nina’s body in a way that feels unnecessarily voyeuristic and blatantly obsequious, catering to viewers’ ostensible desires instead of moving the story forward.

Problematic displays of sexuality aside, Black Swan is still one of the best thrillers I’ve seen in years. There are moments when Aronofsky goes a bit overboard with the symbolism (I have never seen so many mirrors in one movie), but the majority of the film is surprisingly subtle considering the shock-and-awe suspense necessitated by the genre. And while Aronofsky borrows his visuals heavily from films like Michael Powell and Emeric Pressburger’s 1948 tragedy of balletic ambition, The Red Shoes, these moments feel like an homage rather than a lack of imagination.

Black Swan is a gorgeous film, embodying both the White Swan and her twin: full of beauty and grace but with an undercurrent of a dangerous and troubling power just beneath its wings. With a few caveats (be aware that it’s graphic in its depiction of both violence and sexuality), it’s a film I’d highly recommend.