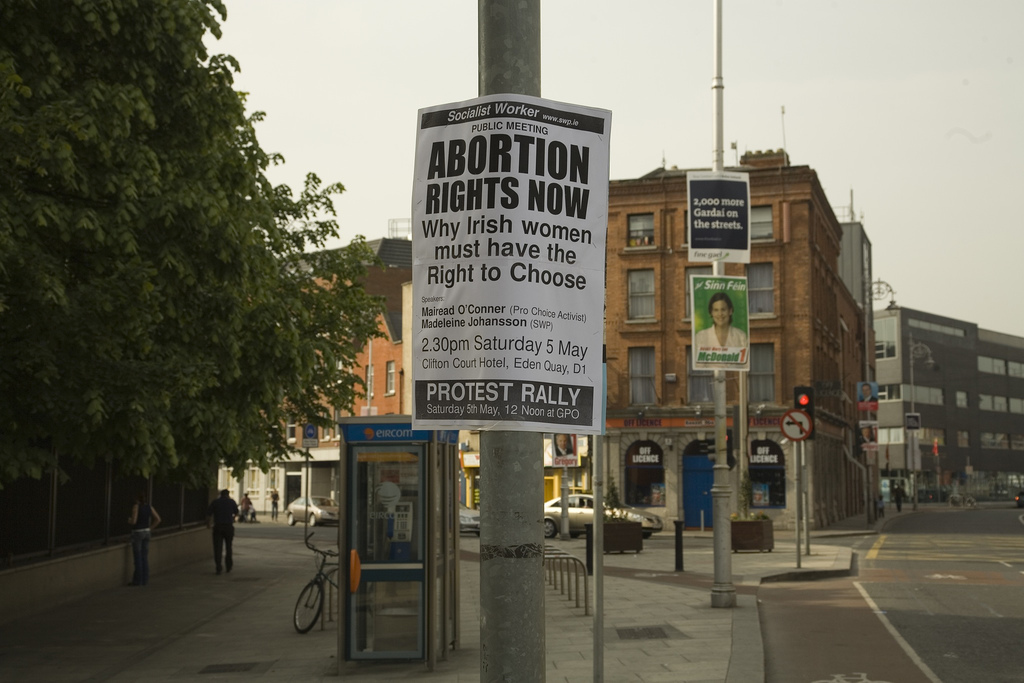 Three women traveled to England for abortions in 2005. They did so because they couldn’t get legal abortions in their home country of Ireland. Each woman experienced complications and had to seek medical attention when she returned home.

The first woman was a single, poor and unemployed former alcoholic. She already had four children who were in foster care.

The second woman didn’t intend to get pregnant. She decided to have an abortion and had to borrow a friend’s credit card to travel England.

The third woman had received chemotherapy for a rare form of cancer. Her cancer was in remission when she unintentionally became pregnant. She believed that her pregnancy might cause a relapse of the cancer.

In July of 2005, the Irish Family Planning Association filed suit against Ireland for failing to protect the rights of these three women to health and well-being under Article 8 of the European Convention on Human Rights.

On December 16, the Court issued their long-awaited ruling and, according to most media coverage, it was a major victory for Irish women’s rights. The New York Times declared, “European Court Rules Against Irish Abortion Law.” CBS News reported, “EU Court Declares Ireland’s Abortion Ban Illegal.”  The BBC said “EU human rights case challenges Irish abortion rights.” This could affect a significant number of Irish women, as 138,000 have traveled to England for abortion services since 1980, according to the Irish Family Planning Association.

But it wasn’t the total victory the headlines indicated.

In fact, the Court ruled against two of the women by a vote of 11-6. They did find that Ireland had “breached the third applicant’s right to respect for her private life” by failing to provide for a lawful abortion when it posed a risk to the woman’s health. This is likely to require Ireland to rewrite its abortion laws to allow for an exception.

The other two litigants, and other Irish women with unwanted pregnancies, were out of luck. Because they had the ability to travel abroad for an abortion and to seek medical care before and afterwards, the Court concluded that, “the existing prohibition on abortion in Ireland struck a fair balance between” their rights to privacy and the rights of the fetus.

In other words, if your life is clearly at risk, Ireland has to provide a means for you to have an abortion. Other than that, since a woman can travel to a place where it’s legal, it’s not “unjustified interference” according to the Court. That makes this law as cumbersome as laws in the U.S. which impose 24-hour waiting periods on women seeking abortions. Women must secure time off work, child care and raise money not just for the procedure but for travel and lodging. If there are complications resulting from the procedure, as there were for each of these women, they often must seek followup medical treatment when they return home or while in transit.

In addition, the Court said the country’s right to prohibit abortion in most cases was justified because of the “legitimate aim of protecting public morals as understood in Ireland.” But six judges disagreed. “[This] is the first time that the Court has disregarded the existence of a European consensus on the basis of ‘profound moral views,’” read their dissent.

Regardless of its parochial “profound moral views,” Ireland is now a member of the European Union–an entity with a stated commitment to human rights. Article 14 of the European Convention on Human Rights is an eloquent statement in support of human rights and equality between women and men.

What the Court’s decision overlooks is that if Article 14 is to have any meaning and women are to have true equality, we need to be able to make our own decisions about our bodies and about childbearing.