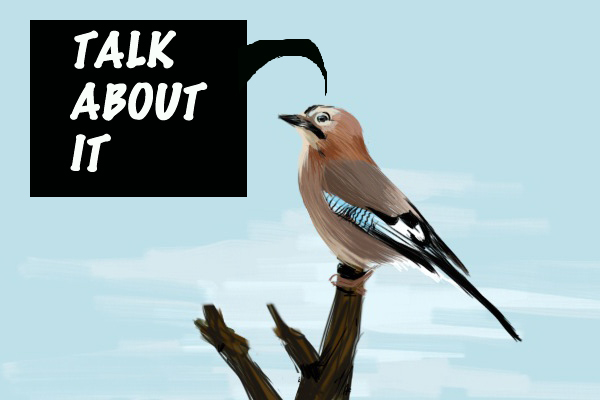 In the wake of doubt and skepticism directed toward the women who pressed charges against Julian Assange, Swedish feminists have started a discussion about consent that may redefine the conversation about rape and sexual assault as we know it. Women and men are now joining in sharing their stories from the gray areas of sexual violations, both as victims and as perpetrators.

The media coverage of the rape allegations against the Wikileaks spokesperson and Internet vigilante Assange have been clouded by rumors, conspiracy theories and opinionated agitation. But as new information about the case emerges, this is what we know:

Assange was charged with rape and sexual molestation by two Swedish women on August 20. Within hours, Stockholm’s chief prosecutor, Eva Finne, reviewed the case and dropped the rape investigation due to lack of sufficient evidence. But the molestation investigation was kept open, and Assange was questioned by Swedish police about it on August 30.

Over the next few months, the rape investigation was reopened, the complainants were reinterviewed, and Assange left Sweden and refused to return for questioning.

On November 18 a Swedish court issued an order for Assange’s arrest. Two days later Interpol issued an “international wanted persons alert” on Assange that on December 7 led to his arrest in London. And last week, on Thursday December 16th, Assange was released on bail with the condition that he stay in the UK in a specific house with a curfew, reporting to police daily as well as wearing an electronic tag.

Due to the extreme political sensitivity of WikiLeaks’ work, connecting the sex crimes Assange is accused of with the U.S.’s wish to charge him for espionage doesn’t make it a far leap to jump to a conclusion that he’s being framed. But lately, the volume of these discussions has increased dramatically to include public shaming and denouncing of the two Swedish women that pressed the charges. The questioning of the accusers have most recently been expressed by Michael Moore on last week’s Countdown with Keith Olbermann–statements that have been and still are heavily critiqued by feminist writer Sady Doyle, through the twitter campaign #Mooreandme as well as on the blog Tiger Beatdown.

In Sweden a twitter discussion started early last week in response to the skepticism aimed toward the accusers, when journalist Johanna Koljonen tweeted openly and intimately about drawing lines, negotiating gray areas and speaking out against violations in sexual situations. The enormous and positive response she got led to a continued conversation on twitter under the hastag #prataomdet (#Talkaboutit), where more and more people shared their stories of being sexually violated as well as being the one violating someone else’s boundaries.

The following day, the #talkaboutit movement put up a website which links to blog posts that #talkaboutit has gathered, while also publishing the stories of those who wish to remain anonymous or don’t have their own blogs. In addition, the majority of Swedish newspapers and media outlets are publishing #talkaboutit stories during the weekend and the coming week. Journalist Sonja Schwartzenberger shared her story under the headline “This is why I didn’t tell” in the Sunday edition of Svenska Dagbladet, one of Sweden’s largest newspapers. She writes:

We don’t know what’s happened between Assange and the women who have filed rape charges against him. But we do know that the women who dared to press charges for a perceived crime have been met with disbelief and hatred. That’s a reflection of a structure we recognize from a myriad cases, even where a conviction has been the end result.

Women are sharing their experiences of not daring to say no; of not knowing if it was OK to say no when having at first wanted sex; of being insecure as to where the boundary between sex and rape goes; of waking up with somebody inside them; and, for men, of nagging reluctant partners until they agree to have sex.

#talkaboutit provides a forum to talk about these common incidents from the gray zones that wouldn’t hold up in court as rape cases but  are still violations of sexual boundaries. In the very act of talking about them a new definition of rape and consenting sex is formulated, Johannes Axner writes:

One thing that I feel makes it impossible for many men to understand the concept of women’s right to their own bodies is a fundamental difference in the view of what sex is. I know I’ve had a deeply seated image of sex as something that women give to men as an asymmetrical one-sided transaction. Intellectually I’ve strongly held the view that sex is something you share mutually between partners, but emotionally I’ve not reached that far.

The questioning of the Assange rape cases in the light of the Wiki-leaked cables is reasonable, but publishing the names of the accusers and badmouthing them is not. We have to be able to accept the case as complex; just because Assange is doing crucial work for transparency and democracy with Wikileaks, it doesn’t automatically make him a saint. He might very well have less than favorable attitudes toward sex and consent.

We have to get over the myth of the rapist as an outsider, as a mean demon who is pure evil. “Nice guys” can also be rapists, as can guys whose work is revolutionizing the way we see democracy and government transparency. Admitting this is also admitting that rape is more common than we’d like it to be and that we indeed are living in a rape culture, one that will be maintained as long as sex is conceived in terms of “giving” and “taking.” And this is where #talkaboutit has such great potential–in opening up the definition of rape and sex and, yes, talking about it.

Photo of bird (Speech bubble with “Talk About It” added in later) from Flickr.com user RubensLP through Creative Commons License 2.0

Our Favorite Signs From the Nationwide ‘Bans Off’ Marches
Afghan Women Reject Taliban Decree That Women Must Wear Head-to-Toe Coverings
In a Post-Roe America, Expect More Births in a Country Where Maternal Mortality Continues to Rise