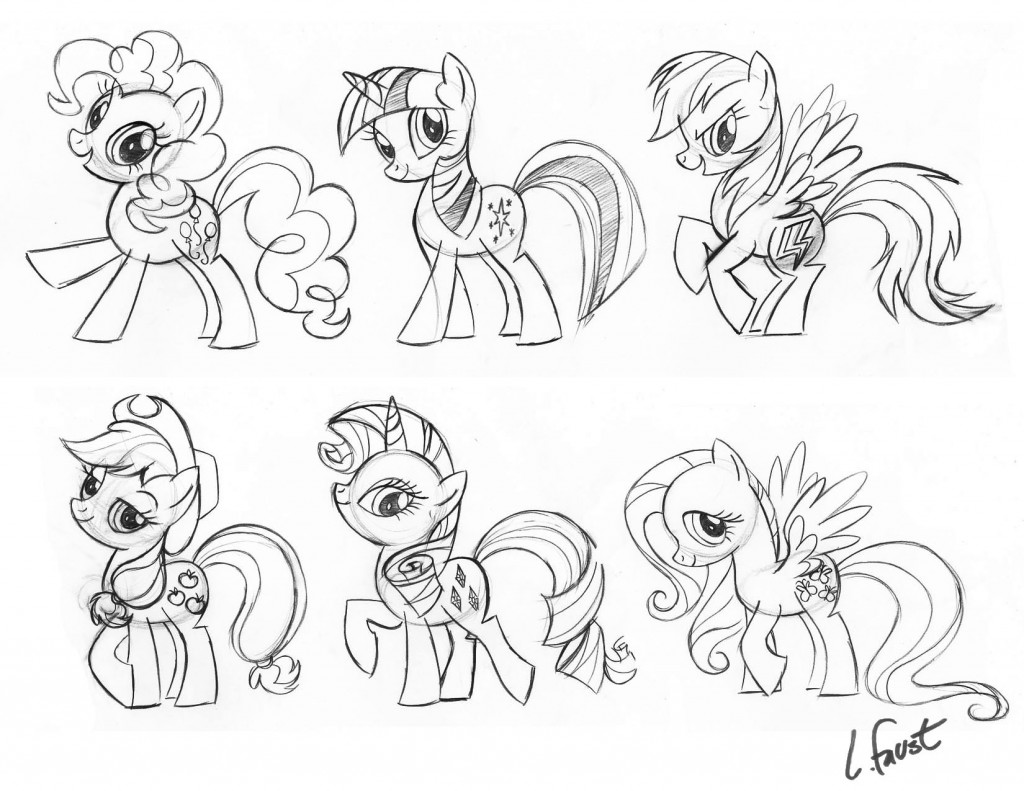 I have been a lifelong feminist, and as an artist working in the animation industry for more than 16 years I have striven to do right by women and girls in the animated projects I have been part of. I try to bring sincerity and depth to the female characters I’ve animated and have fought in development and story meetings to make female characters more than just the typical girlfriend, Mom or sex symbol. I’ve even fought to see that there was more than just one girl character in whatever project I was working on. Sometimes I swayed my coworkers (often it was easy, to their credit) and sometimes I lost. My goal, as an artist and as a storyteller, was to one day have a show of my own for and about girls.

After years and years of pitching original animation for girls to studios and networks and always hearing “This is great, but animated shows for girls don’t get ratings,” or “Girls don’t watch cartoons,” I finally got the opportunity to have my own show.  It’s called My Little Pony: Friendship is Magic.

I was extremely skeptical at first about taking the job. Shows based on girls’ toys always left a bad taste in my mouth, even when I was a child. They did not reflect the way I played with my toys. I assigned my ponies and my Strawberry Shortcake dolls distinctive personalities and sent them on epic adventures to save the world. On TV, though, I couldn’t tell one girl character from another and they just had endless tea parties, giggled over nothing and defeated villains by either sharing with them or crying–which miraculously inspired the villain to turn nice. Even to my 7-year-old self, these shows made no sense and couldn’t keep my interest. No wonder the boys at school laughed at my Rainbow Unicorn Trapper Keeper.

From what I’ve seen since I’ve grown up, little has changed. To look at the quality of most girls’ cartoons, it would seem that not one artist really cared about them. Not one designer, not one background painter, not one animator. Some of the more well-meaning, more expensive animated productions for girl audiences may look better, but the female characters have been so homogenized with old-fashioned “niceness” that they have no flaws and are unrelatable. They are so pretty, polite and perfect; there is no legitimate conflict and nothing exciting ever happens. In short, animated shows for little girls come across as boring.  Stupid. Lame.

This perception, more than anything, is what I am trying to change with My Little Pony.

And that’s why I was so dismayed to find Kathleen Richter’s post on the Ms. Blog, accusing the show of homophobia, racism and smart-shaming. There she stated:

So overall, these are the lessons My Little Pony teaches girls:

A surprising amount of commenters rose in defense of the show, and for that I am extremely grateful. Without repeating their retorts too extensively, here is my defense against the accusations.

The messages I’m really trying to get across with the show are these:

Yes, My Little Pony is riddled with pink, the leader is a Princess instead of a Queen and there probably aren’t enough boys around to portray a realistic society. These decisions were not entirely up to me.  It has been a challenge to balance my personal ideals with my bosses’ needs for toy sales and good ratings. I do my best to incorporate their needs in an acceptable way, so when we are asked to portray a certain toy or playset, my team and I work to put it in a place that makes sense within the story. There is also a need to incorporate fashion play into the show, but only one character is interested in it and she is not a trend follower but a designer who sells her own creations from her own store. We portray her not as a shopaholic but as an artist.

I never expected to work on a show based on a toy line, but I accepted the project based on my sincere childhood love of the toy and Hasbro’s desire to create an entertaining show that is not just a long toy commercial. When I took the job, I braced myself for criticism, expecting many people–without even watching the show–to instantly label it girly, stupid, cheap, for babies or an evil corporate commercial. I encourage skeptics like this to watch My Little Pony: Friendship is Magic with an open mind. If I’m doing my job right, I think you’ll be surprised.

Lauren Faust is creative steward/executive producer of My Little Pony: Friendship is Magic

Lauren Faust is creative steward/executive producer of My Little Pony: Friendship is Magic.