Are We Too Isolated To Fight the Pink-v.-Blue Battle? - Ms. Magazine
Skip to content 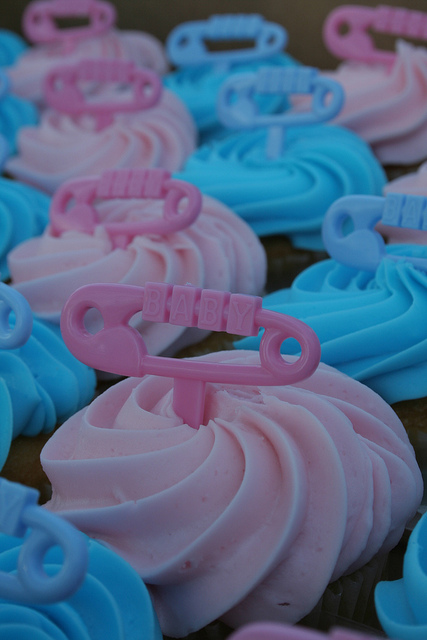 Ask me five years ago and I’d have told you I’d be first in line to challenge gender stereotypes if ever I had kids myself. I minored in feminist cultural studies! I believe boys and girls are made, not just born! But sixteen months into parenting my boy/girl twins, I’m starting to wonder how I’ll ever ensure that my boy grows up sensitive and my girl stays, as one of my favorite organizations has trained me to say, strong, smart and bold.

It’s an unfortunate moment for complacency. Children are boxed into hyper-gendered categories at ages younger than ever before. Just last month, Disney infiltrated the delivery room. New research shows that girls as young as three are internalizing the thin ideal. As blogger Pigtail Pals reports, a study by Dr. Jennifer Harriger, published in 2010 finds that preschoolers are attributing stereotypes to others because of their weight. The news is distressing. Gender-aware parents can cleanse our daughters’ bedrooms of pale pink and defend a love for Tinker Bell in our sons, yet the clutch of our pink-vs.-blue culture seems only to tighten its hold. Why, we’re all asking, is this so?

There’s ample proof that since the utopian hope of “Free to Be You and Me” in the 1970s, as a culture we’ve slid backwards. As Peggy Orenstein documents so thoroughly and well in Cinderella Ate My Daughter: Dispatches from the Frontlines of the New Girlie-Girl Culture, things are far worse than they were when we grew up.  The hyper-marketing of gendered purchases target kids at an increasingly vulnerable age, and it’s enough to make any parent tired.

We can blame Disney and we can fight the princesses, but perhaps two additional reasons that a generation of parents raised on feminism feels like we’re losing the war is that 1) we’re confused and 2) we’re alone.

We’re confused by “science.” Fighting gender-based discrimination has morphed into dealing with science, which carries boldfaced authority—and many feminist scientists themselves are now fighting this fight too. Sometimes I wonder about the effects. Have Gen X parents grown convinced of children’s innate gender sensibilities? Decades of media stories hawking the latest in neuroscience have emphasized the nature side of the nurture debate that second-wave feminism famously upstaged. Have the things we’ve heard about gender affected a new generation’s parenting behavior? “The more we parents hear about hard-wiring and biological programming, the less we bother tempering our pink or blue fantasies and start attributing every skill or deficit to innate sex differences,” suggests neuroscientist Lise Eliot in her book Pink Brain, Blue Brain, (which argues, by the way, that social expectations—not biological differences—have the upper hand in shaping who our children become.) Sensational, whiplash-inducing headlines tell us gender is inborn—no, wait, made—no, born. Unless you’re steeped in this research, it’s often hard to know what’s what anymore.

But our biggest problem, I fear, is that when it comes to resisting the hypergenderfication of childhood, we’re largely fighting it alone.

Over the past sixteen months, as my babies have progressed from a crawl to a walk and now to words, it’s slowly dawned on me how much the premise of my previous book, Sisterhood, Interrupted: From Radical Women to Grrls Gone Wild, applies to my new situation: As parents, and especially as new parents, we don’t always feel plugged into a movement to change the larger culture in which we raise our kids. Instead, we’re left to focus on ourselves—in this case, our familial microcosms—on our own.

To be sure, there’s a burgeoning movement out there. I’m a huge fan of initiatives like SPARK and the Geena Davis Institute and efforts to redefine girly like Pigtail Pals and of course the longstanding work of Girls Inc. I voraciously consume every new book by educators like Lyn Mikel Brown to learn what we can do to resist (See Packaging Girlhood, Packaging Boyhood, and also the resource page at the wonderful Peggy Orenstein’s site.) But these initiatives aren’t as mainstreamed as they might be. I can control my growing babies’ media consumption and control what comes in the house, but control only goes so far. I fear that as a new mother, I’m long on feminist parenting ideals, short on ways to make them stick in the world outside my home.

I hear that change feels more possible once your kids hit kindergarten. My friends there tell me that they feel successful in their attempts to provide a larger context in which it’s natural for their girl to love Star Wars and their boy to take ballet. They feel effective. They feel their actions span far.

In the meantime, we mothers of babes continue our preparations for the good fight by lining our children’s bookshelves with The Sissy Duckling and I’m So Not Wearing a Dress! and painting our nurseries sage. But short of a massive and visible movement—you know, like the political ones we see right now on tv—sometimes I worry. Are we all just focusing on the equivalent of wardrobes and walls?

What do YOU think?  Do you see a new generation of parents taking on the battle against the hyper-genderfication of childhood in spades?  Is there a movement?  Or are we all basically out here on our own?  If you have strong thoughts on this either way, for a writing/blogging/thinking project I’m working on (The Pink and Blue Diaries), I’d love to hear from you.  Please email me at deborah@shewrites.com or comment below!

Deborah Siegel, PhD, is an author, blogger and consultant. She can be found at Girl With Pen, She Writes and DeborahSiegel.net.