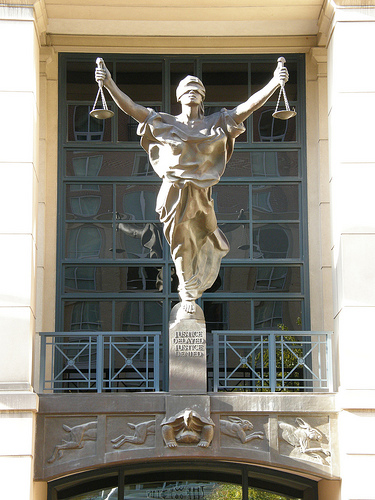 The Justice for Laya Coalition–an ad-hoc group seeking the removal of UC Student Regent Jesse Cheng for an alleged sexual battering of a 22-year-old UCLA graduate student referred to as Laya–has scheduled a picket of the UC Board of Regents meeting on March 16, 8 a.m., at the UC San Francisco-Mission Bay Community Center. The Coalition will also hold a press conference at noon that day at the offices of the Feminist Majority Foundation in Los Angeles.

In late October, Laya filed a complaint of sexual battery and attempted rape against Cheng with the Irvine, Calif., police department. According to Laya, the complaint alleged that Cheng had invited Laya, his former girlfriend, to dinner at his apartment on October 4, where he allegedly tried to compel her into sexual intercourse despite her repeated verbal refusal and physical resistance.

In a subsequent exchange of emails, Cheng appears to have admitted and apologized for what he did to Laya. (He now says, “I fabricated the content of the e-mails just to get her off my back, because 50 calls a day were really breaking me in half.”) However, the Orange County District Attorney’s Office refused to prosecute, asserting that there was insufficient evidence to mount an investigation.

For five months after that, Laya sought acknowledgment of what allegedly had been done to her. She says this was difficult, since Cheng was a popular campus figure, known for his progressive stances on issues. Appointed by the UC Board of Regents as Student Regent, Cheng represents the more than 220,000 students in the system’s ten campuses.

Laya found an advocate in the Mariposa Center for Change, a newly established independent service center in Los Angeles for multi-ethnic women. Annalisa Enrile, president of the organization, characterizes the nonprofit institution as utilizing a “transnational and feminist empowerment model” to provide “holistic, transformative services.” Even as Laya underwent trauma counseling, the center moved to assert the political dimensions of the case, linking it to campus rape, date rape and the underfunding of women’s resource centers. It also coordinated with the activist all-women mass organization AF3IRM to seed UC campuses with campaign organizers.

Laya says that on March 9, she received a call from Edgar Dormitorio, director of the UC Irvine Office of Student Conduct, informing her that Cheng had been found responsible for unwanted touching, though Cheng would have seven days to appeal and Laya would not receive documentation of the decision and whatever punishment the Office considered until the process was completed. Nonetheless, it was “a tremendous relief,” Laya tells Ms.

The Justice for Laya Coalition is calling for Cheng’s removal as student regent. Enrile bluntly states that “by not removing [Cheng] from his office, the UC regents are publicly condoning sexual battery and assault on their campuses.” It is also urging the Orange County District Attorney’s Office to re-open the case.