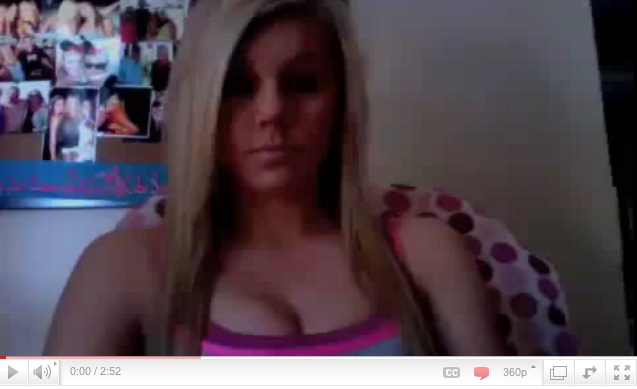 Over the weekend, a UCLA student posted an ignorant rant titled “Asians in the Library” that quickly became a viral video. In it, she mimics “Asian” students talking on the phone in the library and, “being the polite, nice, American girl that my mama raised me to be,” she asks them to go outside.

This student shows unusual insensitivity towards those with families affected by the “tsunami,” presumably referring to the horrific situation in Japan:

This sounds horrible. … I feel bad for all the people affected by the tsunami, but if you’re gonna go call your address book, like you might as well go outside because if something is wrong, you might really freak out if you’re in the library and everybody is quiet. Like, you seriously should go outside if you’re gonna do that.

I expected those who responded to this offensive video to be more thoughtful than the student who let loose with the jaw-droppingly racist rant. Instead, most of the comments used nasty gender slurs. Many derided the student’s large breasts, blonde hair and weight, and some suggested that rape or other violence be used against her. Most are unprintable, but here are a few examples:

The racial hatred from this UCLA student is appalling, as are the woman-hating, violent responses to the video. Imagine if an African American man posted a sexist video and commenters responded with a steady stream of racial slurs. Oppression comes in many different forms, and we need to collectively recognize and address these various forms instead of privileging some while forgetting about others.

To its credit, the Asian Pacific Coalition of UCLA issued a response condemning not only the video, but also the comments, stating that students must not “resort to the student’s tactics of throwing out divisive words, which only perpetuate a culture of racism and sexism on both sides.” It offers UCLA students various ways to take action: Click here to learn more.