The Fire That Changed Everything - Ms. Magazine
Skip to content 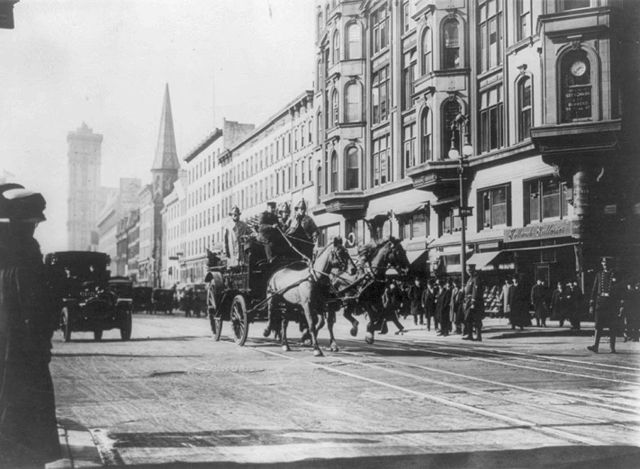 This Friday, March 25, marks the 100th anniversary of the fire at the Triangle Shirtwaist Company that killed 146 workers, mostly young Jewish and Italian immigrant women. HBO begins broadcasting their tribute documentary, Triangle: Remembering the Fire, tonight, and the Internet is full of accounts and remembrances of the event. The centennial reminds us not only of an unnecessary tragedy and the continuing need to protect the most vulnerable of our society, but particularly of the power of women to organize and affect change.

Prior to the fire, Triangle company owners Isaac Harris and Max Blanck proudly stood against union pressures to improve working conditions. As Pauline Newman, then a young immigrant from Lithuania who had worked for Harris and Blanck before the fire remembered,

As I look back to those years of actual slavery I am quite certain that the conditions under which we worked and which existed in the factory of the Triangle Waist Co. were the acme of exploitation perpetrated by humans upon defenseless men, women and children—a sort of punishment for being poor and docile.

Newman would become one of the most effective organizers for the International Ladies’ Garment Workers’ Union (ILGWU).

While the building that housed the Triangle Shirtwaist factory was officially deemed fire-safe, conditions inside were unsanitary, badly ventilated and cluttered with flammable cloth, machine oil and dust. Women workers later testified there was rarely water in the few fire buckets; staircase doors were routinely locked from the outside to keep women from taking breaks and to protect against theft. During the fire, the fire escapes crumbled from the heat; firefighters’ ladders and the water from their hoses were unequipped to reach to the 8th floor, where the fire began. On the 9th floor, flames blocked the stairwell. Whether terrified or pushed by their panicking fellow workers, 53 girls leaped from the windows, often hand-in-hand, breaking through the firemen’s nets and onlookers’ hastily arranged blankets below. Those inside burned to death or suffocated.

The devastation took only 18 minutes. 120,000 people marched in the funeral procession and another 230,000 people watched the march. In criminal court, the all-male jurors acquitted the company owners of manslaughter because they lacked concrete proof of negligent working conditions; later, the owners settled civil suits and paid $75 per victim. Since Harris and Blanck had insured the factory against loss, they collected $400 per victim, but never paid any part of that to the survivors or heirs to those who died.

After the fire, New York State investigations led to passage of more than 30 new laws setting improved standards in areas including minimum wage, maximum hours, workplace conditions and child labor. The first president of the American Federation of Labor (AFL), Samuel Gompers, recognized that rarely does an opportunity arise for such extensive legislative reform—but women had to burn first in order for this to happen.

The Triangle Shirtwaist Company fire not only became a pivotal moment in labor history but in the history of the struggle for women’s rights–some responded to the tragedy by becoming active in the women’s suffrage movement. But suffrage was primarily a middle-class issue; the working class women most impacted by the fire and its aftermath remained focused on labor issues. It’s easy to forget that the labor movement in America was already well underway by the time of the fire; women had been involved in organizing since the 1830s, dating back to the mill women in Lowell, Mass., who “turned out” (went on strike) in 1834 to fight a cut in wages. They lost, but a social justice movement was launched.

The Triangle Shirtwaist Company fire also served as a turning point in the lives and work of several prominent women organizers. Clara Lemlich (1886-1982) began organizing women in the fledgling ILGWU soon after her arrival in New York in 1905, having been raised in revolutionary Russia. Often ignored by male union officers, Lemlich was savagely beaten for her union involvement. In November 1909, the ILGWU met to discuss striking for a 20-percent raise, a 52-hour work week and overtime pay. Lemlich, then 19, sat listening to AFL president Gompers and others deliver speeches rather than call for a strike vote. Impatiently, she shouted in Yiddish,

I am one of those who suffers from the abuses described here, and I move that we go on a general strike.

Her words sparked what is now called the Uprising of the 20,000, the largest strike by women workers in the United States at that time. Even though the event set off a series of women’s strikes between 1909 and 1915, it failed to advance the young women’s demand for safer working conditions—a fact that would come back to haunt the union after the Triangle Shirtwaist fire. Blacklisted from working in garment factories because of her union activities, Clara Lemlich became a full-time activist. Even in her last days at a nursing home, she helped organize the orderlies.

Among the estimated 10,000 people who gathered to watch the fire as it burned at the Triangle Shirtwaist factory was Frances Perkins (1880-1965), who later became Secretary of Labor under President Franklin D. Roosevelt–the first woman to hold a Cabinet post. Perkins had already been actively lobbying to lower the workweek for women and children to “only” 54 hours and giving street-corner speeches arguing for women’s suffrage. But the Triangle Shirtwaist fire was a turning point for her: It was, she said,

seared on my mind as well as my heart—a never-to-be-forgotten reminder of why I had to spend my life fighting conditions that could permit such a tragedy.

Rose Schneiderman (1882-1972) is now best remembered for saying, “The woman worker needs bread, but she needs roses too.” Schneiderman immigrated from Poland in 1890; five years later, at age 13, she was forced to leave school to help support her widowed mother and three siblings. In 1903 she organized her factory shop for the United Cloth Hat and Cap Makers’ Union; her eventual leadership of the New York Women’s Trade Union League helped pave the way for the great Uprising of the 20,000. She later served as the only woman on FDR’s National Recovery Administration Labor Advisory Board, having played a key role in framing the New Deal. Accompanied by Perkins and Eleanor Roosevelt, Schneiderman attended the 50th anniversary of the Triangle Shirtwaist fire in 1961, at which 12 survivors placed a plaque in memory of their 146 co-workers who lost their lives, declaring,

Out of their martyrdom came new concepts of social responsibility and labor legislation that have helped make American working conditions the finest in the world.

In the battle that continues to rage in Wisconsin and elsewhere over the right of public workers to organize for collective bargaining, the focus has been on the issue of pay and benefits. The centennial of the Triangle Shirtwaist factory fire reminds us that the erosion of collective bargaining also can mean the erosion of hard-earned health and safety protections as well. As Secretary of Labor Hilda L. Solis recently wrote in the Washington Post,

We must always be a nation that catches workers before they fall. 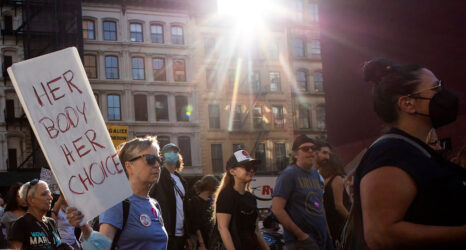