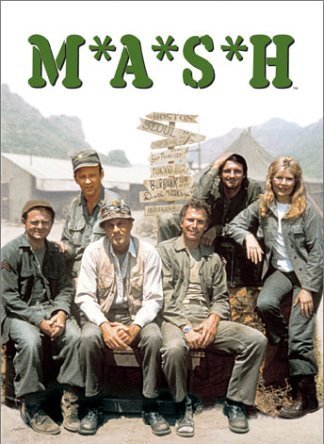 In the early 1980s I was a suburban girl growing up outside Miami and I knew few mothers who worked. My own mother had quit the nursing job she loved to become a stay-at-home mom, though she still sought hospital news from my doctor dad. The closest I had come to seeing her at work was the much-joked-about time when she brought out her nurse’s kit to remove stitches from the family dog.

Perhaps this mysterious past life of my mother’s was why I so loved the TV show M*A*S*H, and one character in particular: The sometimes-uptight but uber-competent head nurse Major Margaret “Hot Lips” Houlihan, played by Loretta Swit.

I had a hazy understanding that Houlihan was admired because she was “hot” (hence the nickname), whatever that meant. Beyond that, it went entirely over my head that Houlihan was the butt of many jokes and advances, some of them related to her rather passionate love life. What I saw was that, as doctor protagonists were Saving Lives, Houlihan was also doing Important Work. The doctors relied on her during a crisis, and she was there–swiftly handing them their tools, in charge of the other nurses, making critical decisions. She was a significant player.

One night, watching a rerun of the original film on TV, I gawked in horror as Houlian–whom I saw as the program’s true hero–was humiliated by her peers. In a scene I will never forget, Houlihan (played in the film by Sally Kellerman) headed for the women’s showers, while Hawkeye and his sidekick went to work. They set up their lawn chairs, poured their cocktails and rallied a group of fellow voyeurs. Then, when they were good and ready, one of their cronies hacked away the long cord that had been rigged to the shower structure, and the whole thing fell apart until Houlihan’s bewildered face was seen and her piercing scream was heard. She was seen naked–full-frontal–before she quickly ducked behind a bench for cover. The doctors cheered loudly and raised their glasses in a toast while she slithered backwards, naked, along the shower floor, her face streaked with tears. They shot each other jaunty looks.

What I saw made me gasp. They needed her to assist them in the operating room. They depended on her to keep the other nurses in line. Although I knew she wasn’t their equal, I thought that they respected her for her work. How could they do this to her? Why would they humiliate her for their own amusement? That Hawkeye–sad-eyed and otherwise sensitive–could have enjoyed this “prank” stunned me all the more.

Perhaps my naivete made the message even more astonishing. A woman’s body–and her shame–were supposed to be available to Hawkeye and the doctors for their casual viewing pleasure. Somehow, I realized America, the audience–me–were also supposed to laugh at her, as her power was trivialized and she was reduced to their “hot” object. No matter how strong a character she was, or how well her career went, her sexuality overrode any respect accorded her. Her dignity as Head Nurse could be undone in a moment by the exposure of her body.

It was a small moment, but a striking one.  It stunned me to receive this news, sinking in on levels I didn’t yet understand.

It was years before I would be in college, devouring my Intro to Women’s Studies texts that finally said all the things I had suspected and taught me terms such as “patriarchal privilege,” “the male gaze” and “objectification.” But in that moment I just knew something was just very, very wrong, and that what I had seen was anything but funny. There was injustice between the sexes, injustice that could be casually portrayed, and I was supposed to laugh along. Something was very wrong with this picture.

Elline Lipkin is a poet, academic, and nonfiction writer. Her first book of poems, The Errant Thread, was chosen by Eavan Boland for the Kore Press First Book Award. Her second book, Girls’ Studies, explores contemporary girlhood in the United States. Currently a Research Scholar with the Center for the Study of Women at UCLA, Elline also teaches poetry for Writing Workshops Los Angeles. As a nonfiction writer, she has written about everything from being a feminist bride to female mentorship and influence within the literary world, as well as Barbie’s new body and “fauxpowerment.” She recently served as a poetry mentor for AWP’s Writer to Writer program and in April 2016 was elected the new Poet Laureate of Altadena and will hold community writing events throughout the next year.

Women in Academic Medicine Wait for Our #MeToo Moment
Texas Democrats: On Abortion Rights and Voting Rights, “I Don’t Want To Go Back”
Want to Make Your Country Happier? Elect Women.