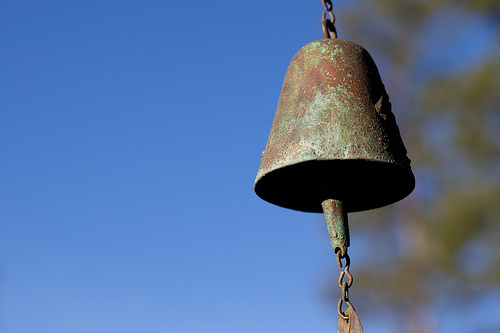 I grew up in a conservative, working-class Catholic home where I had never even heard of feminism. Whilst I had numerous “click” moments, I had no idea what to make of them, nor what to do about them. So I became angry without an outlet.

Here are some examples of my cacophony of “clicks” that left me confused, frustrated, suffering from a scorching case of cognitive-dissonance, and just plain, flat-out pissed-off:

* My popular, female, 5th grade Sunday School teacher held a contest in which the winner got a huge chocolate Easter bunny. I had my hand up for every question, yet I was hardly picked at all. She called on 10 times as many boys as girls to answer her questions–and the boy she chose most often won, of course. She had a boy bias!

* When I was 12, I was told to play down my intelligence to please people. I didn’t understand why I had to do that, and I resisted. No one liked me. So one day, when a couple of guys and I argued over a triviality, the teacher turned to them and said I was right. They said, “Gee, you’re smart!” Normally, I would have smiled with pride. Instead, this time I said, “Oh, it’s nothing. I found it in the encyclopedia. Anyone can find it.” It worked. Kids started being friendlier towards me. This was the moment in my life when I began to dumb myself down to please people, especially guys.

* I asked an older man I dated in college to go down on me. He had no idea what I was talking about. I explained what I wanted. He got between my legs, licked me a few times on my labia, and then sat up, making the most disgusted “ick” face I’d ever seen. That expression seared itself on my memory forever. He then crawled atop my naked body, thrust his dick in me, and said, “Now that’s much better.” I ditched him soon after.

All of these “clicks” finally fell into place and became one raging ringing of the bells when I read Betty Friedan’s “The Feminine Mystique” in college. Everything finally made sense! I didn’t want to be a good, dutiful, selfless, suffering Christian housewife like my mother. I didn’t want to ignore my sexual needs to please some guy. I would never ditch a movie date with a girl friend for a guy! Why should I deny my own intelligence to please people? I still consider myself a feminist although I have serious disagreements with and criticisms of the movement. But I wear my feminist cred with pride.