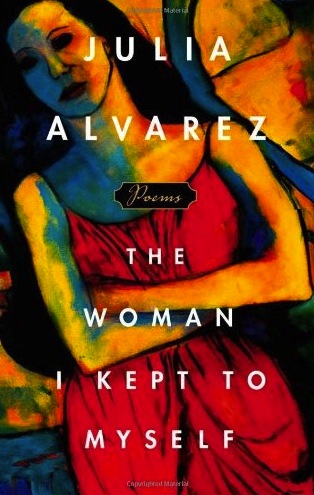 The feeling of un-belonging or “between-ness”–in gender, country, language, family–is one that unites many of us who experience a certain ambivalence in our identities as citizens, daughters, artists and women. For Julia Alvarez, the award-winning poet and author of bestselling novels such as How the Garcia Girls Lost their Accents and In the Time of the Butterflies, the job of the storyteller is to enumerate the multiple competing truths and paradoxes that emerge from this experience of exile or displacement. Or to, in her words, “tell the truth, ‘manifold and one’”:

This means that we often present not just the one truth, our tribe’s truth, but the manifold truth, which includes the complexities, competing realities of any situation. That may feel like a betrayal of what we ‘owe’ our families, communities, our particular tribe.

Indeed, much of Alvarez’s oeuvre focuses on identity as a process of negotiation, as her characters inhabit multiple–and often overlapping–gender, cultural and political perspectives. In The Woman I Kept to Myself, her collection of poetry recently republished in paperback, Alvarez turns the lens on herself, traversing her life as a “Dominican, hyphen, American” from youth to middle age through a series of 75 autobiographical poems.

Reading The Woman I Kept to Myself was like walking hand-in-hand with an old friend through “Dante’s dark wood,” then re-emerging. I devoured all of the poems in one sitting, and revisited them over the course of the following week. Alvarez shares what so many of us keep to ourselves, such as the pain of realizing the limits of our own vulnerable bodies and minds or the pleasure of rejoicing in one’s own skin.

In “My Kind of Woman,” she re-reads such biblical figures as Mary, Eve and Lot’s wife (“does she even have a name?”)–women traditionally read as either docile or corrupt. Alvarez admires Mary’s “Buddhist calm in the face of shocking news … My kind of virgin, guilt- and fancy-free!” Joan of Arc holds a similar appeal:

to cut their hair and bind their breasts and roam

far from their fathers’ houses on their own.

Alvarez tends to resist linear storylines and tidy conclusions, and that’s why the tight structure of the poems in The Woman–each consists of 30 lines divided evenly into three stanzas–may seem odd and even spark criticism. Then again, their strict parameters begin to make sense when we acknowledge the confines of genre and canon. The formal poetic structure is self-imposed and, in a way, mirrors larger boundaries imposed on Alvarez and her work though language, politics and the European literary tradition.

Alvarez’s poems then, are like the family that she describes in “El Fotógrafo”: gussied-up and perfumed for the man under the black hood. “Pobrecito!” Alvarez says of the photographer who looks out mournfully on his ruined portrait when the children in the front row giggle, or when Tió sneezes just before the click. “I know how he felt,” she writes, “struggling to get all that life on paper.”