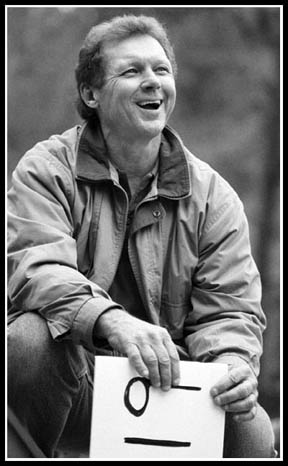 Joining the now-excommunicated women who have stepped forward to be ordained as Roman Catholic priests, the latest victim of the Church’s strong-armed resistance towards women’s equality is internationally beloved Father Roy Bourgeois. The Church hierarchy, in its treatment of Bourgeois, is showing that it considers any advocacy of women’s ordination to be much, much worse than priestly pedophilia.

Father Roy has a long history of social-justice activism. In the 1970s, while working with the poor in Bolivia, he was arrested and forced to leave the country for speaking out against injustice. In the 1980s, he got involved in issues surrounding U.S. policy in El Salvador–this after four churchwoman, two being his dear friends, were raped and killed by Salvadoran soldiers. He became an outspoken critic of U.S. foreign policy in Latin America, establishing the School of the Americas Watch, which advocates for the closing the U.S. School of the Americas (aka School of Assassins). He spent five years in U.S. federal prison for nonviolent protest. He is a former Nobel Peace Prize nominee, and a recipient of a Purple Heart during his pre-priesthood service as a naval officer in Vietnam.

Father Roy is an extremely powerful force in the world, which meant that his unequivocal public support for women’s ordination–and his participation in the ordination of his friend Janice Sevre-Duszynska–greatly disturbed the hierarchy. The Vatican promptly excommunicated him, but as recently as February his order of 44 years, the Maryknolls, had not banished him from their ranks. “He has been excommunicated by Rome,” spokesperson Mike Virgintino told me, “but he remains part of the Maryknoll Society.”

Yet the Maryknolls went over the edge after Bourgeois spoke at a public panel on February 12 at Barnard College’s Athena Film Festival on Women’s Leadership. The panel, which I moderated, followed the screening of Pink Smoke Over the Vatican (in which I appear). Jules Hart’s documentary captures in vivid detail the Roman Catholic Women Priests’ movement and the increasingly hysterical response of the all-male, theoretically celibate hierarchy as it tries to discredit and defeat it.

In a March 18 letter to Bourgeois, Maryknoll Superior General Rev. Edward Dougherty, referring to the panel and the film, committed to expelling Bourgeois from the Maryknolls if he failed to recant within 15 days, or in response to a promised second warning. Dougherty also promised to submit to the Vatican a request for Bourgeois’ laicization, which would thereby end his Roman Catholic priesthood forever.

This swift and unequivocal action has never been the response of these same church leaders to the rape, sodomizing, sexual torture and torment of children—from infancy through adolescence—by tens of thousands of male Catholic clergy worldwide.

In just one example, The New York Times reported on April 17 that Bishop Roger Vangheluwe—not long ago one of the most powerful bishops in Belgium, until he resigned following admission of sexually molesting a child, his nephew—admitted in a TV interview that he had also abused another child. He claimed that they were reciprocal relationships, the kids enjoyed them, and he didn’t “have the impression” that he himself was “a pedophile.”

What has the Church done? Essentially, nothing. The Vatican sent him for “spiritual and psychological treatment.” The Times reported that the Congregation for the Doctrine of the Faith and the Pope are considering what to do next.

And neither excommuniaton nor laicization has been threatened against any of the scores of Philadelphia priests who Cardinal Justin Rigali, under public pressure, was forced to relieve of their duties following the recent release of a second damning grand jury report. Protected for years by the black wall of silence, those priests were kept in active ministry even after the 2002 sex abuse crisis broke in this country and even after diocesan authorities learned of the horrific allegations against them: that they had repeatedly raped and sodomized children, turning one child into a sexual slave who they pimped out from priest to priest.

This same Rigali, in 2006, castigated Eileen McCafferty DiFranco for daring to be ordained a Roman Catholic priest. He accused her of causing “confusion and discord,” charging that if she celebrated a sacrament she would “further exacerbate the public scandal.” This was at the time of the first Philadelphia grand jury report, which described one of the most astounding histories of child sex abuse of any diocese in the country. The list of crimes by more than 60 priests included a teenage girl groped by her priest while she lay immobilized in traction, and a boy who awoke intoxicated in a priest’s bed to find the priest “sucking his penis while three other priests watched and masturbated.”

Father Roy was engaging and moving on the Barnard panel, as he is in the film—humble, deeply committed to women’s rights in the Church, immovable in his position of support. But what touched me most deeply was his disappointment that his fellow priests have refused to step forward and join him in this fight. They remain silent, despite knowing in their hearts how unjust and discriminatory is the Church’s position, which flies in the face of church history, archaeological evidence and even a Pontifical Biblical Commission that found insufficient scriptural grounds to exclude the possibility of women’s ordination.

To Father Roy, this fight is what being a priest is all about. As he told the National Catholic Reporter:

I believe if we really take our faith seriously on these issues of justice and peace, there’s going to be consequences. … I’m just seeing now … that maybe I’m finally becoming a faithful priest. I finally really understand what this man Jesus was talking about when he said it’s not going to be easy.

The face of a Church steeped in misogyny will be on view again on the most sacred of holy days: Easter Sunday. Even as we recall Jesus telling Mary Magdalene, the first witness to his Resurrection, to go and tell his brothers that He is risen, no woman in a Catholic Church will be allowed to preach that gospel or deliver a homily about it, because no woman can be ordained. And all across the globe, in Roman Catholic churches, men alone will consecrate the Eucharist. Men alone will repeat the sacred words: “This is my body. This is my blood.”

Yet, that body and blood began in the body and blood of a woman. Mary’s gift to the world is brutally dismissed and diminished by a Church that has declared the fight for her voice, her equality and her empowerment to be a most grave crime. That is the real scandal, the real crime.

Cross-posted in a slightly different version on The Huffington Post.

The Political Religions That Brought Down Roe 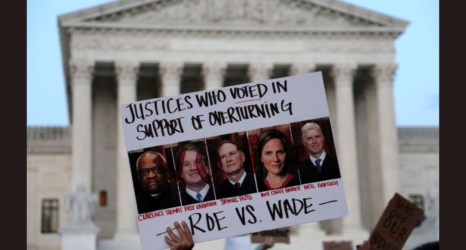 Our Favorite Signs From the Nationwide ‘Bans Off’ Marches
The Story of Suffering and Death Behind Ireland’s Abortion Ban and Subsequent Legalization
The U.S. Is Facing a Maternal Health Crisis. Is Climate Change Making It Worse?