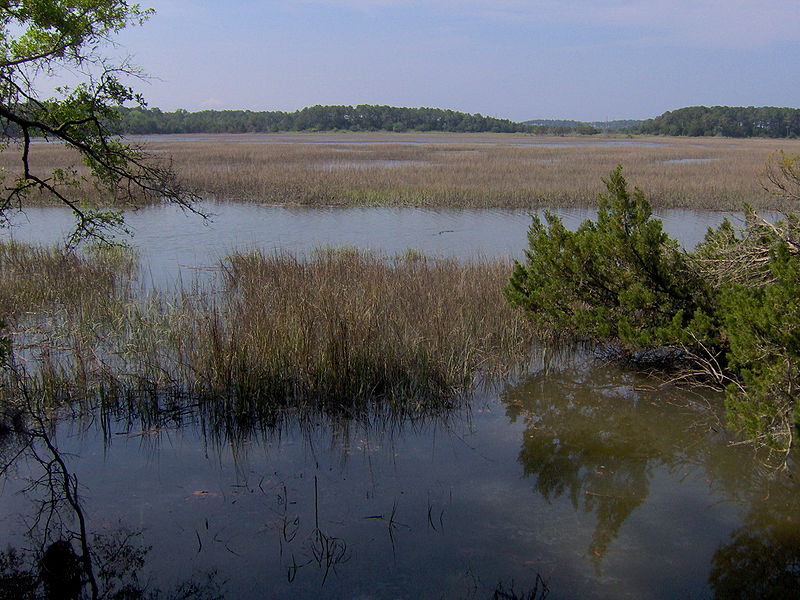 The discovery of ten dead bodies in a marsh in Long Island, at least four of them women who had some involvement with the sex trade, has been making national headlines. Police and reporters are calling it the work of a serial killer, publishing a detailed profile of him in The New York Times today:

He is most likely a white male in his mid-20s to mid-40s. He is married or has a girlfriend. He is well educated and well spoken. He is financially secure, has a job and owns an expensive car or truck. He may have sought treatment at a hospital for poison ivy infection. As part of his job or interests, he has access to, or a stockpile of, burlap sacks.

But Department of Justice-certified human-trafficking consultant Dottie Laster is not so sure that a sexually motivated serial killer is behind the murders. She worries that officials may be misidentifying the handiwork of sex traffickers. Laster, who has trained more than 5,000 police officers on recognizing and combating trafficking, was hired as part of a team to assist the Waterman family in locating their daughter, Megan, whose body was found in the marsh in December. She has since starting working with the family of Shannan Gilbert, whose disappearance in Long Island last May is believed to be connected with the murders.

According to Laster, Gilbert and Waterman have the characteristics of trafficking victims–those who are forced or scammed into the service of another for labor or commercial sex. If they were, it could offer another explanation for the murders: Traffickers operate through threats of violence and even murder, which they may follow through on to set an example, especially when victims try to get away.

“We have women from different parts of the Northeast who were drawn there through the same mechanism–posting on Craigslist for prostitution. Like a funnel that brought them there,” says Laster.

Beyond shared geography, there are other red flags that suggest human trafficking. First, says Laster, both Waterman and Gilbert had “boyfriends” who fit the model of “Romeo pimps,” men who target women for prostitution using the guise of a romantic relationship.  Both women had boyfriends who isolated them from friends, appeared to be benefiting from their sex work, and used violence to keep them prostituting:

Megan’s young daughter reports witnessing Megan being beaten, and being threatened and beaten in order to keep Megan prostituting. Traffickers often threaten a loved one because it works. What we perceive as normal doesn’t apply in this world.  Megan didn’t have control of her safety or her daughter’s safety.

We look at who is benefiting from their work and it doesn’t appear to be them. They didn’t benefit financially from being prostituted. They didn’t have money. They were borrowing money.

Thirdly, Waterman’s “boyfriend” was involved in other crimes, typical of traffickers:

We find that traffickers tend to do a lot of crimes. Sometimes the trafficking victims didn’t know what was going on around them in terms of criminal activities.

Lastly, both of the women were isolated from friends:

When asked why traffickers might kill the women they coerce into prostitution, Laster explains:

You have to understand the schemes and patterns. They operate through fear and threats, and they act on those threats. They make examples out of a few here or there, to make the rest of them compliant. Many tell me that they know of women who were killed when they tried to get out. Sometimes I have victims who get out of rings, and they’ve told of murders, of disappearances. They just disappear.  And if you look, there are many cases of prostituted people who have disappeared without any explanation and their cases are unsolved.

There is evidence in both Gilbert and Waterman’s cases, Laster says, that they were trying to get out of prostitution. Family and friends report that both were attempting to leave the business. Waterman believed she would doing one or two more jobs and then get out.

If the Long Island killings prove to be the work of traffickers, it could shed light on other clusters of prostitute murders that have stumped law enforcement agencies around the country. Of course, as many high-profile cases have demonstrated, some serial killers do target prostitutes. Serial killers may operate under the belief that prostitutes are easy prey, a belief born out by the lack of police protection for prostitutes (who can be arrested themselves when they call for help) and the slowness of law enforcement to investigate prostitute disappearances.

However, a narrow focus on serial killers could be obscuring murders committed by sex traffickers. Says Laster, “If you look at who might be benefiting from these murders, if it’s an organized criminal gain, then the case looks different.”

For more on how law enforcement fails to investigate missing prostitutes, pick up the new, Spring issue of Ms.

Image of Long Island marsh from Wikimedia under Creative Commons 3.0