While You Were Sleeping, I Watched the Royal Wedding - Ms. Magazine
Skip to content 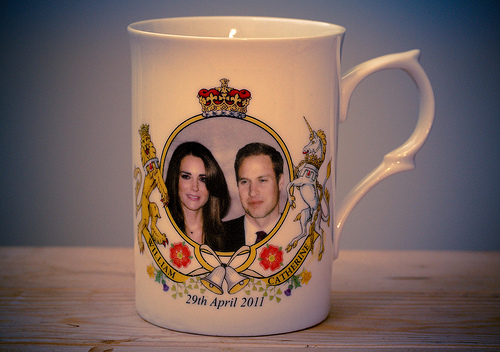 There are a few things that should be noted before we begin. I don’t watch Rich Bride, Poor Bride. Though I like the idea of marriage, I’m not sure I want a wedding. I work extremely hard and relish my sleep. But despite all this, I will be waking up tomorrow morning, at 6 a.m. EST, to watch two people I don’t know get married. And, I’m fine with that.

At a dinner party last weekend, I was lambasted by an all but virulent (albeit well-vino’d) group of people when I declared my plans to watch the Royal Wedding. The complaints ranged from: “I thought you were a 21st century feminist!” to “who cares?” and “it’s so early!” All these points are valid, but I don’t see how any conflict with my desire to witness a major pop culture moment.

Firstly, feminists get married. Really, it happens all the time. They even change their names. This is the wonderful thing about feminism: it’s about choice. If you choose to elope, get married in a cathedral or forgo the whole matter that’s your deal. Marriage is an evolving institution, like any social construct—and like many social constructs it does have a history of patriarchy and discrimination. But to challenge someone’s investment in marriage as incompatible with feminism merely merits a rebuttal of challenging their perception of marriage as anything other than an equal partnership between two people. Kate is indeed marrying into a family whose track record runs toward the medieval (rule of succession anyone?). But from the little I know about marriage I’m pretty sure you can’t choose your in-laws. I won’t pretend to know anything about the inner workings of Kate and Will’s relationship, but on paper their long courtship and co-habitation falls into the modern way of finding your way to the altar in my books.

As to why I care, the first-year psychology insinuation that excitement over the Royal Wedding is a regression to a Disney Princess stage is ludicrous. We rarely know when historical moments will take place. However, when there is a set date to an event, whether it be political, sports-related or in the realm of pop culture (though I would argue the former two often fit into the latter category), most of us like to watch. The idea of watching an event that one-day someone might ask us about connects us to the concept of living through history. On April 29 I want to see if the anarchist protesters will make it through the barricades (fingers crossed). I’m hoping that Harry will upstage the bride with some idiotic faux pas. Call it morbid curiosity (what if she says no?) or pop culture addiction, but I want to know. And I want to know first-hand, not hours later on Twitter or via a blog recap.

The collective instance to not care is understandable given the media saturation of the event (I’m sick of the mugs too, except this one). But I’m not caving to that dinner party’s false accusations of sentimental fascism. The Royal Wedding only means as much as you want it too—for me it’s an event that has repulsed and fascinated people, which is intriguing in and of itself. And I want to see how it pans out. So when my kids ask me where I was when Kate and Will tied the knot, I’ll be happy to let them know I was crashing on their grandparents’ couch because at that stage in my life I thought I was too cool to own a television.

Oh, and as for that final argument that it’s early: It is. That I won’t argue with.

Reprinted from She Does the City, with permission.

Photo from Flickr user poppet with a camera under Creative Commons 2.0.