A Mother’s Day Gift: A Future Without Violence - Ms. Magazine
Skip to content 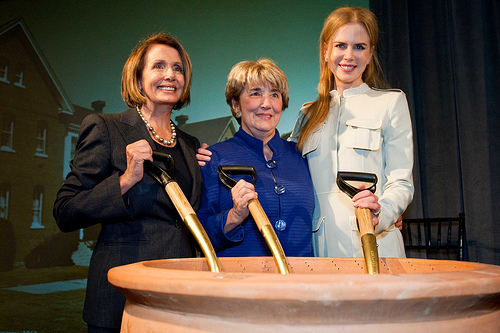 Mother’s Day is coming up. What to do? Flowers are nice. Jewelry works. A lot of Moms like brunch. The National Retail Foundation predicts that Americans will spend $16.3 billion on their mothers this year.

That’s nice for Mom, but here’s something to think about while you’re picking out flowers, earrings or enjoying brunch– almost 25 percent of the women receiving gifts or being feted in restaurants may be victims of domestic violence, or intimate-partner violence as we more accurately describe it.

Futures Without Violence, formerly the Family Violence Prevention Fund, is using Mother’s Day to call attention to the problem of intimate-partner violence. Of course not every woman who’s been subjected to intimate partner violence is a mother, but many are and will be in the future. We’ve made progress, but we have to do more.

Thirty years ago, when the Family Violence Prevention Fund was established, their focus was on public policy, legislation and providing training for people on the front lines with victims. Over the last decade, their “body of work has expanded,” says Rachael Smith Fals, senior vice president of Futures Without Violence. “The audiences we now serve are parents, teachers, coaches, as well as training doctors, nurses and judges [to] improve responses to violence and abuse.”

The organization is also concerned about future mothers and fathers. Today, nearly one in ten high-school students (9.8 percent) has been hit, slapped or physically hurt on purpose by a boyfriend or girlfriend.

To talk about this kind of violence in a way that young people can relate to, Futures Without Violence, in partnership with the Department of Justice’s Office on Violence Against Women and the Advertising Council, developed a national public education campaign to prevent teen dating abuse called That’s Not Cool.

Futures Without Violence also works hard to involve men in the campaign to end violence, including its “Coaching Boys Into Men” leadership program for athletic coaches, which provides them with resources that model respect and promote healthy relationships and choices among young men. Futures Without Violence is currently adapting the program for cricket teams in Mumbai, India.

These kinds of innovative programs led the organization to change its name to more accurately reflect its work. “There was a perception that the issues were specific to home–husband and wife,” says Smith Fals. “‘Futures Without Violence’ is really a statement of our vision.”

The organization will also soon have a new home reflecting its 21st century sensibilities. In June, its headquarters will relocate to the Main Post of the Presidio National Park in San Francisco. Designed with the global community in mind, the Futures Without Violence Center will be “a global town square” with state of the art video-conference capabilities, public events and exhibits and conference facilities.

So, while we’re collectively spending $16.3 billion on our Moms, you might want to send a free e-card to help prevent violence against Moms and future moms. Your own Mom will probably like that.