Where Are the Girls in Children's Lit? - Ms. Magazine
Skip to content 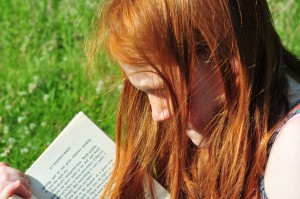 When people chide me for being a night owl, I blame Tolkien. I was only 11 when I pulled my first all-nighter, but I was driven to stay up till I finished The Lord of the Rings. By the time I reached the end of his 1,000-page saga, however, a part of me felt a little left out by his relative lack of relatable female characters. Still, growing up, I hardly felt bereft of admirable, accessible, female literary protagonists. In my picture books, I enjoyed Madeline, Edith the Lonely Doll, and an array of fairy-tale heroines. As I grew older, I loved Harriet from Harriet the Spy, Meg from A Wrinkle in Time, and Charlotte the spider from Charlotte’s Web, to name just a few.

Consequently, when I learned of a sweeping new quantitative study on gender representation in 20th-century children’s books, I felt optimistic about what the findings might show–especially for the second half of the century.

At the same time, some nagging doubts unsettled me.  As a teacher, librarian and member of a children’s literary award committee, I have periodically heard people echo the common wisdom that girls will read books about boys, but not the other way around. I have also on occasion cringed to see this belief influence someone’s choice about what book to read aloud, assign or honor with an award. So, despite my initial high hopes, I approached this study with mixed expectations.

The findings were, in a word, grim!

In every area the study looked at, male characters outnumbered female ones.

For consistency’s sake, the researchers selected preschool-to-third-grade-level books from all three sources, then compared the gender of central characters. Male title characters outnumbered their female counterparts by a ratio of 2:1. Overall, males were central characters in 56.9 percent of the books; females, in only 30.8 percent.

Doesn’t add up to 100, you say? That’s where animals characters filled in the gap.

Unfortunately, the animals had their own gender issues: Of the gendered animals who were central characters, 23.2 percent were male, compared to only 7.5 percent who were female. Moreover, the authors noted previous research indicating that this gap may be compounded by readers’ tendency to impose a male identity on animals if their gender is unclear in the story.

Perhaps the biggest surprise however, was the lack of linear improvement for the second half of the century.

Instead, the study found shifts correlating to periods of heightened feminist activity. Consequently, progress was strong during the second wave of feminism in the 1970’s. The authors attribute this improvement in part to a widely distributed quantitative study funded by the NOW Legal and Education Fund, which helped expose the disparity to publishers, educators and parents. Additionally the researchers expected to find backlashes to feminism and did discover that disparity was greatest from 1930-1960, ” precisely the period following the first-wave women’s movement.”

Although the number of female characters never fully caught up with the number of males, the researchers discovered, “a significant trend toward parity,” from 1990-2000–except in the case of those darned animals!

The authors have stern words about the societal implications of their findings:

Recent studies continue to show a relative absence of women and girls in titles and as central characters…Theoretically, this absence reflects a “symbolic annihilation” because it denies existence to women and girls by ignoring or underrepresenting them in cultural products. …  As such, children’s books reinforce, legitimate and reproduce a patriarchal gender system.

Despite these bleak findings, an updated study for the new millennium could possibly paint a more uplifting picture from a feminist standpoint. Perhaps new research might even show that the “symbolic annihilation of women,” has, at least for now, been derailed.

While the researchers ambitiously sampled 5,618 20th-century children’s books, 21,878 were published in the United States in 2009 . With so many books being published these days, picking a representative sample group for an updated study would be especially important. A new study might include more award-winners. The authors focused on only one award, the Caldecott, in the belief that award-winners, “are not necessarily the most widely read books, nor are they likely to be representative of children’s books.” But awards do significantly influence which books remain in print, are sold at book stores, collected in libraries, and put on school reading lists. An updated study might consider the Newbery, as well as newer influential awards such as, the Pura  Belpre Award (established in 1996 for Latino/Latina writers and illustrators), and the Coretta Scott King Award (established in 1982 for African American authors and illustrators). These awards have helped promote greater inclusiveness in the literary world.

At the same time, an updated study might veer away from examining titles. Counting characters in titles seems at best problematic, and at worst misleading. For example, a new children’s book by Rita Williams-Garcia (which won both a Newbery Honor and the Coretta Scott King Award) presents the story of three African American sisters who travel to Oakland in the summer of 1968 to reconnect with their negligent birth mother. Once there, they are embraced by the Black Panther community. The story explores the struggles of these girls as they come of age in an adult, white, male dominated society. All of these intersectional themes would be lost in a tabulation based on this book’s title: One Crazy Summer.

Finally, while quantitative analysis helps show where there’s smoke, additional qualitative analysis would help find where there’s fire. To really gauge how literature affects children’s perceptions of gender, the type of representations they encounter, not just the number, must be considered. A larger number of female characters who promote stereotypes, for example, would not help raise anyone’s feminist consciousness. Unfortunately, the murkier more subjective area of qualitative analysis does not easily lend itself to a largescale study. Some of the questions that would make qualitative research tricky, include:

Finally, deciding what constitutes a stereotype can be highly subjective because as our cultural norms change, what we perceive as breaking those norms changes also.

Children’s literature both reflects and shapes our wider societal values. Hopefully, both the number and type of representations children increasingly find in their books will inspire them to imagine a more equitable future for everyone.