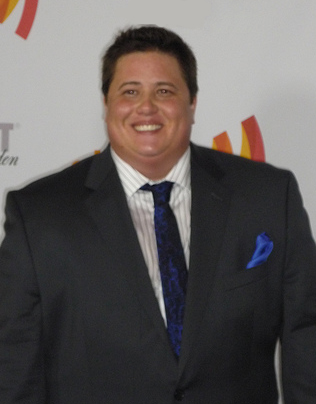 Chaz Bono’s documentary Becoming Chaz, which recently premiered on OWN, and his new book, Transition: The Story of How I Became a Man, both chronicle his metamorphosis from female to male and the effect it had on his body, identity, relationships with others, the media and more. Bono has recently been making the media rounds, discussing his experience, bringing the existence of trans folk in the U.S. to center stage and revealing some unpleasant attitudes our culture harbors towards them. Particularly, a post on US Weekly’s site, in which Bono was quoted talking about Shiloh Jolie-Pitt and her potential transgender identity, got people’s blood boiling, sparking a transphobic and violent defense of cissexist norms and exposing intolerance of trans identities, particularly in application to children.

Bono’s quote originally came from an interview he did with E! News in which he was asked, if given the chance, what he would say to Brad and Angelina about their daughter Shiloh Jolie-Pitt—whose presence in the tabloids, which construct her existence as some sort of freak show with Angelina to blame, has been appalling. Bono responded, “I would love to talk to them at some point … to at least let them know that we have this resource for them if they ever need it,” referring to the organization he is actively involved with, Transforming Family, whose mission is, “to empower children and families to create supportive and inclusive environments in which gender may be freely expressed and respected.”

Bono’s response was diplomatic and responsible, not making any assumptions or diagnoses. Some commenters felt differently, attacking him for indoctrination, accusing him of using Jolie-Pitt as a platform for fame, using his transition as a publicity stunt and making cruel comments about his weight.

The relationship of the feminist community and the transgender community is a largely contentious and occasionally torrid one. To sum up one of the key discrepancies of thought, Salvador Vidal-Ortiz articulates in “Queering Sexuality and Doing Gender: Transgender Men’s Identification With Gender and Sexuality”:

Some feminists who challenge transsexualism tend to state no difference between body image and material body, signifying to some that transgender individuals do not break the bi-polarity of gender, but instead reinforce it by complete acceptance of hegemonic ideologies of sex and gender. … It is often argued that transgender men transition in order to achieve, ‘male privilege.’

There are also discrepancies of thought in the transgender community around whether bodily alterations and hormonal therapy further essentialize the link between the physical body and gender identity, as explored in the writings of Judith Halberstam on female masculinity. Generally, feminist criticisms of trans identities, in my opinion, are rooted in gender privilege. The sphere in which people seem to become the most defensive is in the question of children.

Children in the U.S. enter a world where their existences are immediately understood through a gendered sphere that only becomes more relentlessly reinforced through the early childhood socialization process. What happens when a child demonstrates a transgression from the gender they’re assumed to embody through their biological sex, and what does that transgression mean?

There still exists in the current Diagnostic and Statistical Manual of Mental Disorders (a.k.a. the DSM-IV) a condition called Gender Identity Disorder of Childhood, or GIDC, which has gone through several reinterpretations since its inception in the late 70s, originally backed by conservative, Christian thinkers such as those of the National Association for Research and Treatment of Homosexuality. Critics, including sociologist Karl Bryant, note these biases and discussed how GIDC works to pathologize homosexuality and reinforce sexist norms of masculinity and femininity. However, Bryant still sees hope for positive utility of the diagnosis, saying in “Making Gender Identity Disorder of Childhood: Historical Lessons for Contemporary Debates”:

Bono’s hypothetical reaching out to Angelina and Brad about Transforming Family, and the organization itself, both seem in line with this non-judgmental, emotionally exploratory thinking. But transphobic, hate-speech-spewing Internet commenters seem to think otherwise.

A repeated sentiment throughout the thread is, “I was a tomboy and now I’m FINE.” That’s wonderful for you. But it’s important to remember that your own individual experience isn’t universal, a sentiment that the folks at Trans/plant/portation point out that Bono may be guilty of as well. Privileging your own outcome as normative is uncool and discriminatory against marginalized groups you’re not a part of.

Another recurring sentiment is, “Maybe she’ll just grow up to be a lesbian.” Maybe she will. The oft-hilarious, occasionally heart-warming and still problematic Born This Way blog is largely composed of images and stories that associate childhood gender nonconformity with adult homosexuality, and those stories may resonate for many people. But this is still universalizing experiences and discounting many individuals whose lives don’t neatly fit within that narrative.

The dominant cultural reaction—discounting trans folks’ experiences and identities because of ignorance and invested interest in the correlation between sex and gender and the idea that those two forces must work within a binary framework—is hateful and cruel. When applied to young people, it highlights our lack of trust in children to understand their own identities, needs and wants and our attitude that we know them better than they know themselves.

I think that the way that we gender children is damaging both to children themselves and to the culture as a whole. I don’t, however, necessarily think that your self-expression at the age of five is indicative of a psychological condition. If that was the case, I’d be running around right now with purple blush and a poodle skirt doing the mock-cheerleader monologue “Like totally, for sure, I just, got my manicure.” (PLEASE tell me someone else knows what I’m talking about.) For some people this is certainly the case (the condition part, not the poodle skirt). The identity of Shiloh, who because of her fame is a relevant and interesting foil to Bono’s narrative, is one that she will grow into, as everyone should be able to do, without the public’s constant genderalizing and judgment.

I think that, as Chaz’s interview with David Letterman illustrates, we have a lot of understanding to build about how sex, gender and sexuality exist in our society and in ourselves, and how we project those interpretations and values onto children. As we strive to build understanding about these social, biological and psychological forces, we mustn’t discredit trans voices and experiences.

A good resource for the history of transsexuality in the United States is Joanne Meyerowitz’s How Sex Changed and, more specifically on the experiences and identities of female-to-male transsexuals (FtMs), Henry Rubin’s Self Made Men.

Reprinted with permission from Canonball.org.

James Worsdale is a former American University student of literature and gender studies. He currently works as a nanny and is perpetually adapting to his new North Carolina surroundings, studying the ways of the southern belle. A feminist and media enthusiast, he is most interested in media representations of women, queer folk and people of color, and working through created, nuanced and complex representations to build understanding and drive social change. His likes include singing Britney Spears karaoke, Dr. Pepper, challenging misconceptions and Diane Keaton. His dislikes include boastful ignorance, pro-life activists and onions. 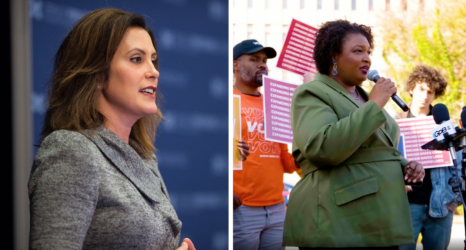