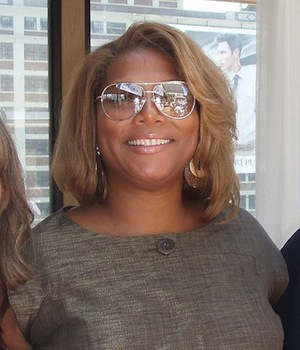 For the past few years, single women of all races, shapes and sizes have pumped their fists in the air, lip-synced, writhed their hips and/or done the ring-finger-hand-flip dance to Beyonce’s “Single Ladies,” an anthem for unattached women who know what they want and when they want it. But on Monday night as I, a single (divorced) black woman, watched VH1’s Single Ladies with my single Trinidadian girlfriend Nerissa, I was not sure what I was supposed to do. Cheer that my beloved Queen Latifah produced the show? Applaud it for featuring a mostly black cast? Feel warm inside that a new all-female cast ensemble exists? (I have been drawn to all-female ensembles since Golden Girls stole my heart as a pre-teen)

Nope. Single Ladies, which touts itself as a romantic comedy, did none of these things, and in fact made my stomach churn a bit. Nonetheless, I could not stop watching the two-hour-long hot mess that premiered before me.

Side note: I think it’s beyond appropriate that Single Ladies premiered in the slot after the reality show Basketball Wives. Nothing like catty black women divorced from former NBA stars to whet your appetite for plenty of long-shots of Atlanta’s high-rise buildings and highways, champagne-drinking light-skinned black women wearing short-and-tight designer clothes, stilted acting, bogus plot lines and cameos by rapper Common and music producer Jermaine Dupre–all of which the new show provided and then some. Single Ladies is a flashier version of your momma’s soap opera or, I hate to say it, the latest Sex and the City knock-off, set in the South.

The show features boutique-owner Val (Stacey Dash, who, if you want to resort to Sex in the City as a benchmark, is a blend of Carrie and Charlotte). During the first 20 minutes of the show, she becomes newly single, dumped by her boyfriend after she tells him literally, “If you like it, put a ring on it.” He doesn’t. And so begins her shenanigans, which include buying a Jag, sleeping with a white tattoo-parlor owner with racist parents and sleeping with her ex-boyfriend.

Val’s best friend Keisha (Lisa Raye McCoy), equivalent to SITC’s Samantha, is a former music-video dancer who revels in singlehood, ushering out one lover at 4 a.m. and then calling another a minutes later. She used to steal jewelry on video sets and is being blackmailed by a fellow video vixen who is writing a tell-all book (think Confessions of a Video Vixen by Karinne Stefans). The vixen threatens to out Val unless she steals more jewelry for her, so Val does.

But where is the romance and comedy the show promised? All I got was awkward dialogue, wooden acting, chemistry-free friendships and hair weaves galore.

It makes sense that VH1 would want to capitalize on America’s new it girl: yes, the black woman. From being perpetually cast as hopelessly unmarried and not wifey material to being re-classified as just plumb ugly, the topic of black women makes for much media fodder in the age of Michelle Obama. Single Ladies embodies this troubling discourse, rescuing cultural stereotypes of the BAP (Black American Princess) and the Good Black Man who can’t get a break.

When black women are shown together for public viewing, they become entertaining spectacles, such as Basketball Wives, The Real Housewives of Atlanta and now Single Ladies. But real-life single ladies, how about we rally for a scripted show that showcases the diversity of black women of different ethnicities, sexualities and class backgrounds? How about we demand shows that broaden the public’s consciousness and discourse on the richness and complexity of black women’s lived experiences? Is that too much to ask? 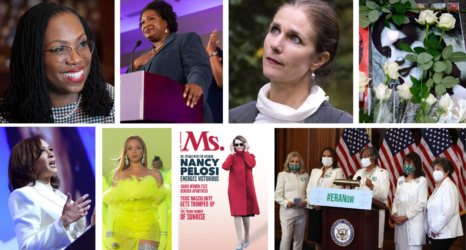